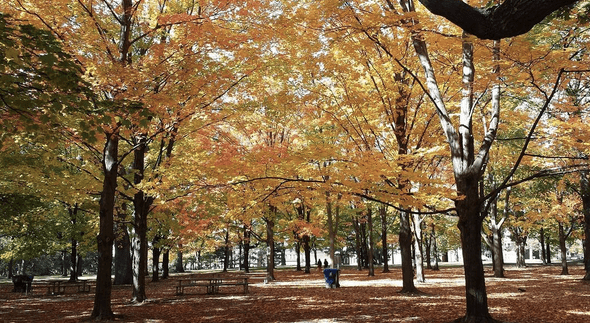 Fill your Tuesday with more than tacos this week.

From free lunchtime music, to film and comedy this evening, check out some of the events taking place today in Toronto!

Check out the classical lunch time vibes with the Chamber Music Series, presenting the New Oxford String Quartet. The quartet has developed an especially cohesive sound and rapport while achieving enormous success with unanimous critical acclaim, two Opus Awards for Concert of the Year, and a JUNO nomination. And it’s free!

Where: The Richard Bradshaw Amphitheatre, Four Seasons Centre for the Performing Arts, 145 Queen Street West
When: October 4 at 12 pm to 1 pm

Join Colin Mochrie (Who’s Line Is It Anyway), Deborah McGrath (Little Mosque on the Prairie), Naomi Sniekus (Mr. D.) and Matt Baram (Second City) for a private comedy improv performance and audience discussion at a secret upscale Toronto residence. A fundraiser in support of Reach for the Rainbow.

Where: Secret location to be disclosed to ticket holders
When: October 4 at 6:30 to 9:30 pm

Geothe Films and The Muff Society – a community that champions women in film – present the German classic movie, Run Lola Run. Run Lola Run is a passionate, fascinating, unpredictable story about love and the unique moments that can change life forever. If you’ve never seen it, this is your chance.

The Music of ABBA

Back by popular demand at the Toronto Symphony Orchestra! The spectacular Finnish vocal ensemble Rajaton pays tribute to their fellow Scandinavians, the ’70s Swedish pop supergroup, ABBA. You’ll hear all your favourite ABBA hits—”Mamma Mia,” “Take a Chance on Me,” “Dancing Queen,” and many more!

Where: Roy Thomson Hall, 60 Simcoe Street
When: October 4 at 8 pm

Have a beer, spell some words, and compete for glory. The first Tuesday of every month at the Ossington, take part in Spelling Bae – and show off your talent to all your friends.

Where: The Ossington, 61 Ossington Avenue
When: October 4 at 8 pm