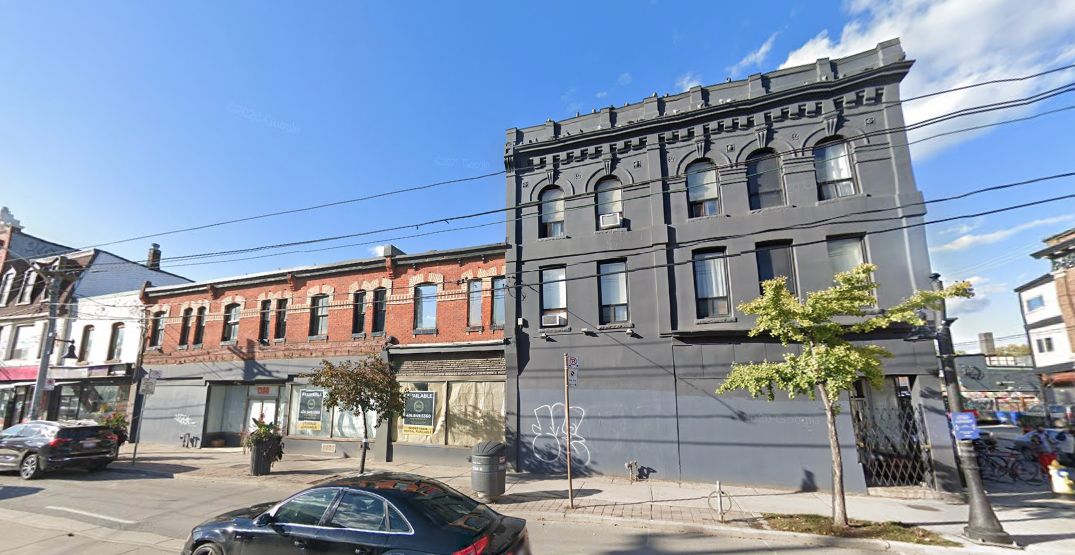 Developer KingSett Capital has submitted an application to the City to build a 117-unit development on the western corner of Queen Street West and Brock Avenue in Parkdale.

If approved, the new building will rise on the site that’s currently occupied by 1354-1360 Queen West and 8-14 Brock Avenue. Both the existing Queen West and Brock buildings that would need to be demolished are listed in the Toronto Heritage Register, according to City Council documents, although neither has an official heritage designation. 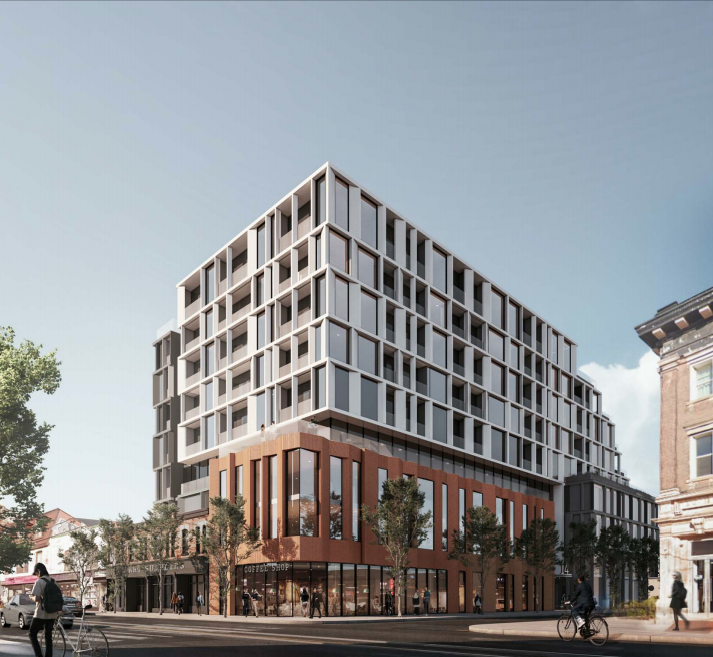 Despite the lack of designation that would offer the buildings more protection, plans for the new development include the preservation of the facade of 1360 Queen West, incorporating it into the new building’s modern design.

The portion that’s being maintained is where the iconic Toronto store Designer Fabrics called home from 1950 until 2018, when the owner retired and closed up shop. 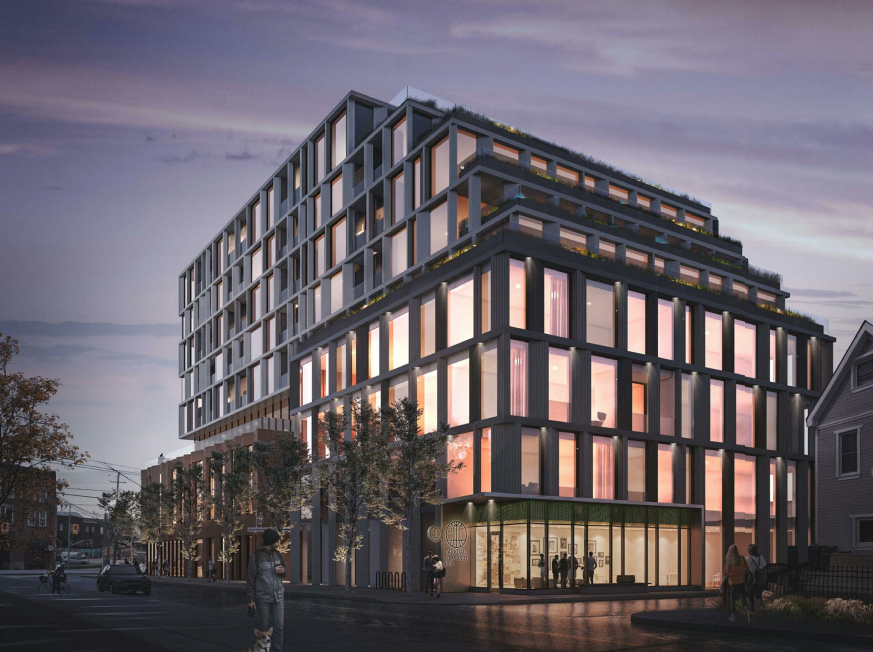 In addition to the planned 117 residential units, which will range from studios to three-bedrooms, the development will have just under 500 sq metres of commercial space, a 982-sq-ft community space, and unspecified indoor and outdoor amenities. 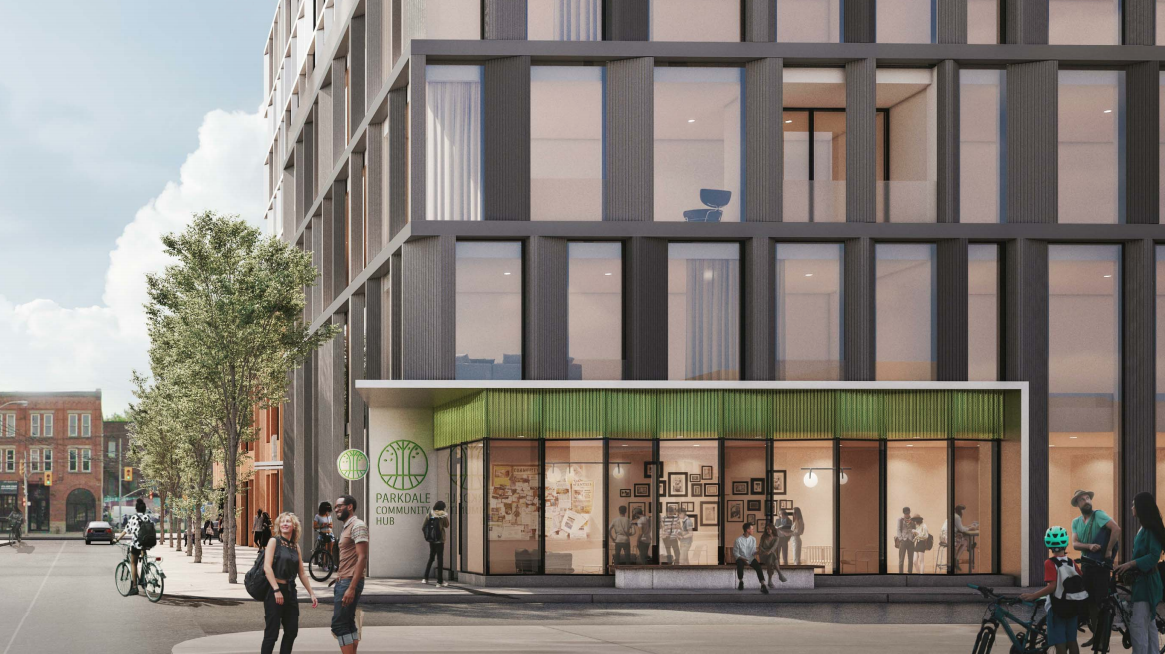 Many of the neighbourhood’s residents weren’t happy to hear about the development plans and took to social media to share their frustrations. Some said it was going to destroy the Toronto neighbourhood, while many others called for the 130-year-old buildings to be preserved in their entirety.

The City will be hosting a virtual City Planning consultation on the project on April 19 at 6 pm where residents will be able to provide feedback on the proposed design before the project is considered by City Council for approval at a later date.