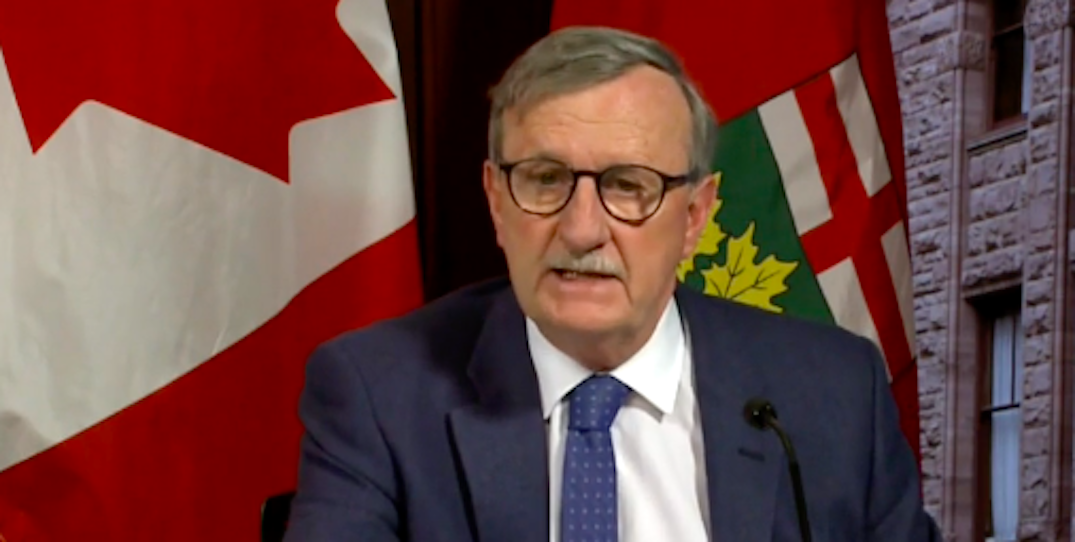 Chief Medical Officer of Health Dr. David Williams confirmed the 43 cases, an increase from the 15 confirmed during the last press conference on Thursday. There are 15 in York Region, 10 in Toronto, seven in Simcoe, three in Peel, three in Durham, three in Ottawa, one in Kingston, and another in Middlesex-London.

“The key issue is that with the aggressive nature of the UK variant in particular the reasons for being cautious and careful with masking and distancing are enhanced even further because it can be spread with breaches to those protocols in a very short period of time,” Williams said.

While the province has been screening samples from people who are coming back to Canada after being abroad, as well as conducting genomic sequencing, the results will take a few weeks to come in.

Williams added that the strain was likely being transmitted in Ontario before it was detected and it might be more “prevalent that we think.”

In an earlier briefing, Toronto’s Medical Officer of Health Dr. Eileen de Villa said that residents should assume the variant is circulating widely.

“We can create barriers to variants spreading widely if we avoid situations where COVID-19 can spread. You have heard before what I am going to say next. I hope you will take it to heart more than at any other time. This means keeping apart as much as possible and it means making as few exceptions for contact as we can,” she said.

The province declared that the provincial emergency would be extended for another 14 days to combat COVID-19, which includes the Stay at Home orders.