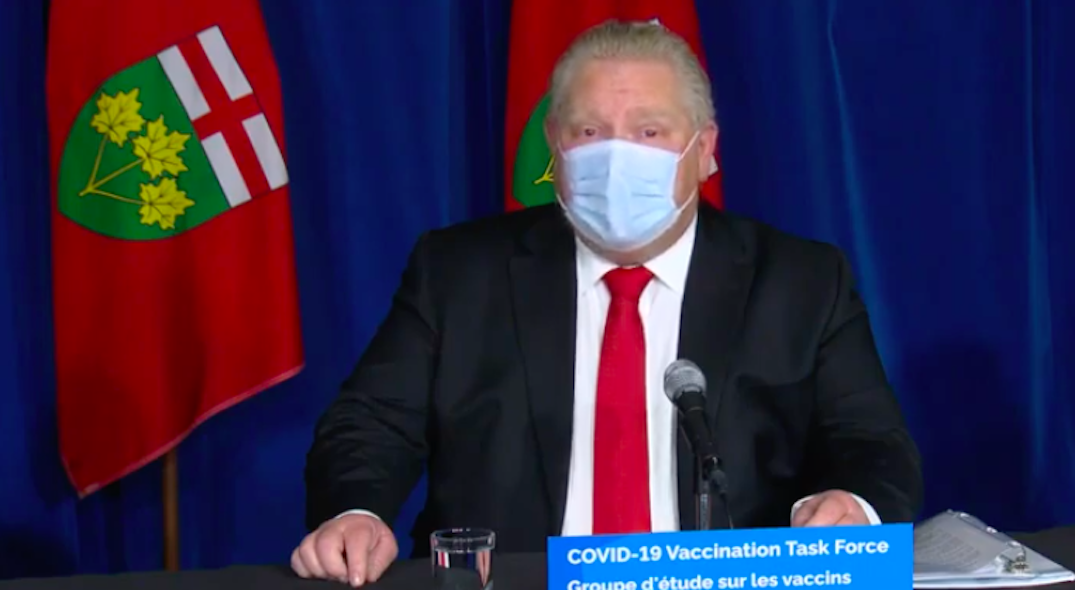 Premier Doug Ford said it’s “absolutely critical” that the borders are closed to non-essential travel, which “should have happened months ago.”

During a press conference on Monday, Ford said that every person who comes through at Toronto Pearson International Airport, and any other land crossing, should be tested.

“It’s absolutely critical, we need to put barriers up every which way we can. I also encourage the prime minister to close down any travel coming into Canada outside of residents of Canada or citizens of Canada. There is no reason we need people coming in,” he said.

Ford added that where he lives in north Etobicoke, which is not far from Pearson Airport, he can see planes coming in “one right after another and another” making him wonder how many COVID-19 cases are coming in.

“This has to stop it’s absolutely critical. I have confidence in the federal government that they will implement mandatory testing but we need it now, we need to get it set up,” he said.

“I can’t emphasize it enough, close down our borders and make anyone that’s coming in get tested, mandatory testing.”

The premier noted that based on the testing the provincial government is doing with their pilot program, 2.5% of the tests come back positive. For the 33,000 international travellers tested, that’s around 750 bringing COVID-19 to the province.

“I just don’t get it, lets make this happen, it should have happened months ago. Again please let’s make sure we test every single person, instead of 750 people flying into Pearson positive. We need to go quick; veet, veet, veet as they say.”