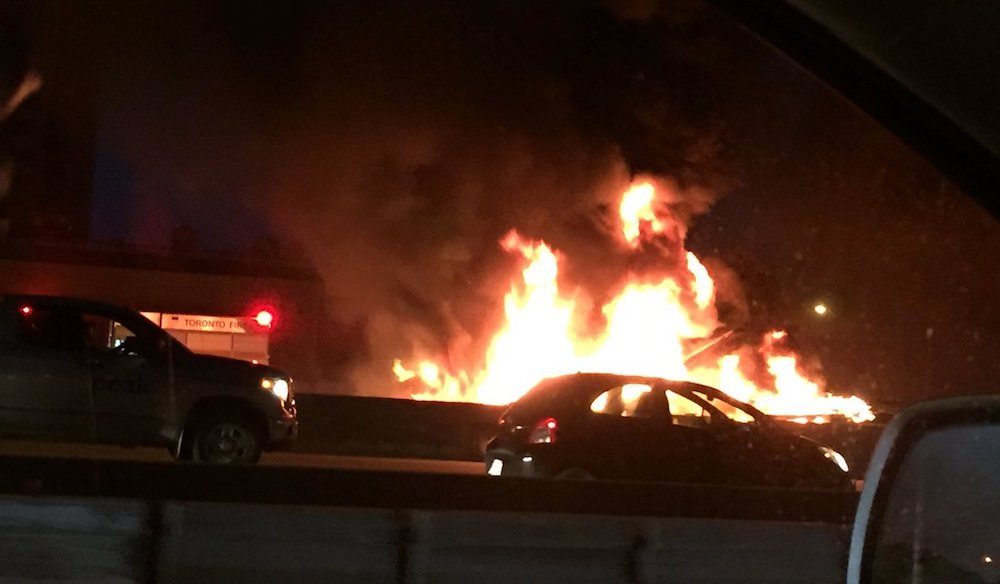 One fatality is confirmed after a fiery crash on the 401 eastbound on Monday morning.

A large fire was witnessed by drivers on the 401 near Allen Road just after 5 am. At the time, all lanes approaching Yonge Street were closed as OPP and fire officials attended to the scene.

According to the OPP,  express lanes at Allen Road will remain closed for an undetermined amount of time following the two vehicle collision.