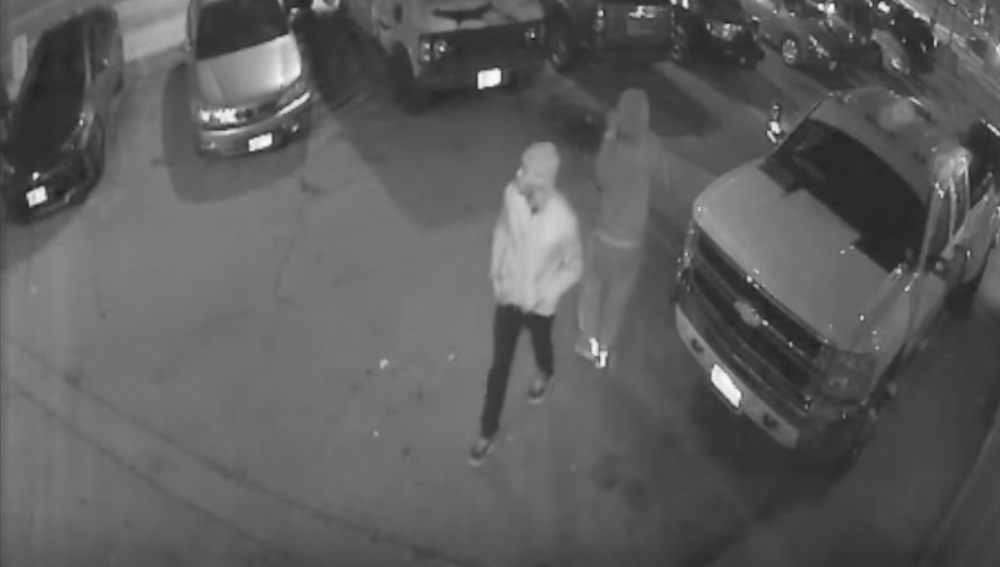 According to police, on Friday, April 22 at 9:30 pm, gunshots were heard at Dufferin Street and Bowie Avenue. When emergency personnel arrived at the scene, a man was found in a vehicle with injuries and pronounced dead.

The victim has been identified as Leonard Pinnock, 33, of Hamilton, and police say he was sitting in his car waiting for a friend.

In a press conference on Thursday morning Detective Sergeant Joyce Schertzer, of TPS Homicide, said that Pinnock was in the area for a legitimate purpose, and was giving his friend a ride.

Pinnock was shot in his car by an unknown suspect, both seen fleeing the scene (see video below).

Police are asking residents in the area of Caledonia Road to the west, Dufferin Street to the east, Eglinton Avenue to the south and Castlefield Avenue to the north to check their backyards for any discarded items that do not belong to them, for example, keys, cell phones, or any item that might typically be carried in a pocket.

Further, anyone who might have home-security video or dash-cam video of the incident, or any suspects, is asked to contact police.

***Please note: Viewer discretion is strongly advised, this clip may upset some viewers.***