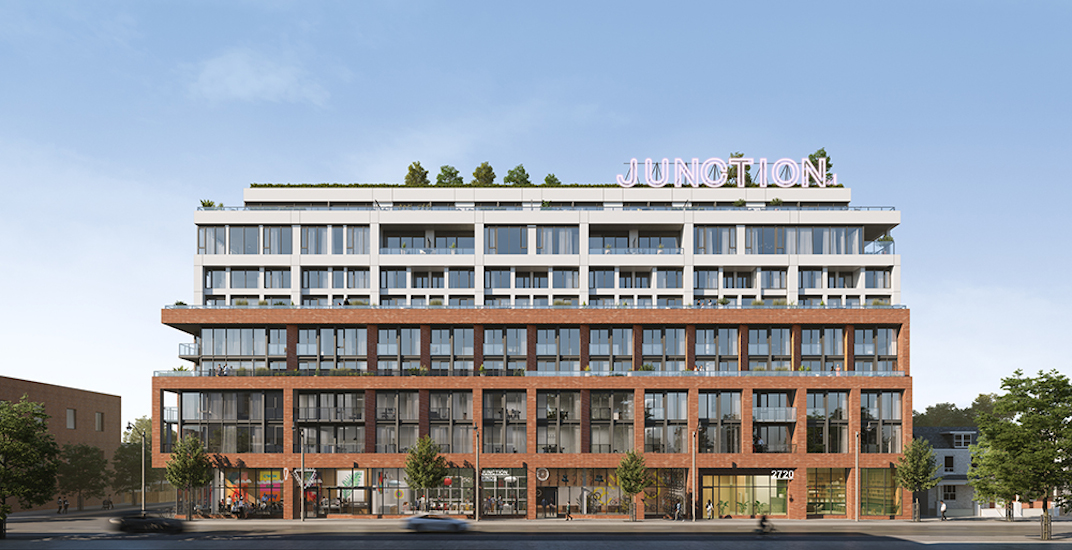 It will be hard to miss a bright, colourful, super-sized public art piece coming to Toronto’s Junction neighbourhood.

Slate Asset Management says it is proposing to install a giant neon sign that reads ‘JUNCTION’ atop its new development coming to the site at 2720 Dundas Street West – located near the GO Train and UP Express’ Bloor Station.

The sign’s bright pink glow will be particularly visible during the nighttime hours, and it helps establish the building as a ‘gateway’ into the neighbourhood.

“The proposed sign marks the Junction’s location and lets you know where you’re going, but also, where you should be,” said Brandon Donnelly, VP of Development for Slate Asset Management, in a statement. 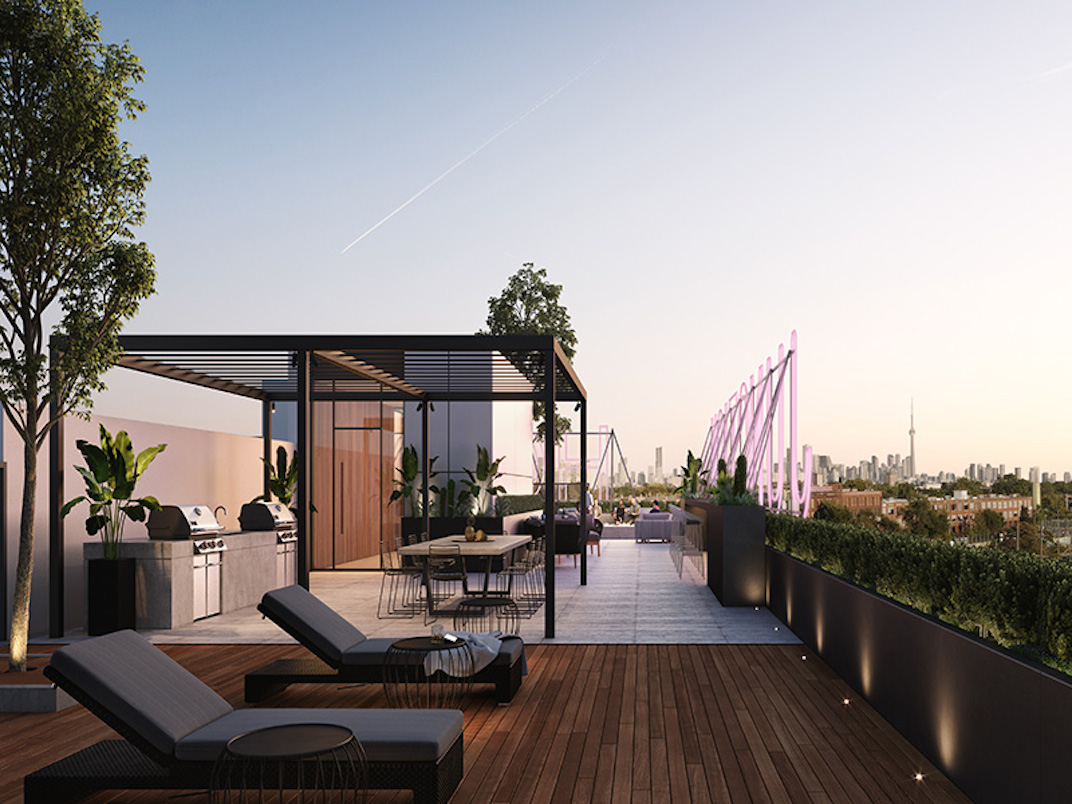 The nine-storey building, containing 144 homes, is designed by Toronto-based architectural firm superkül, with a minimalist interior design by Dialogue 38.

“One of our inspirations was picking up on Scandinavian and Japanese approaches to minimalism, but through the lens of the Junction. What would that look like? How could we make sure our homegrown brand of minimalism is seen as approachable and in keeping with the neighbourhood?” continued Donnelly.

“We also really wanted to look at multi-storey suites – which eventually became The House Collection – and explore how we could replicate the single-family experience in a boutique mid-rise format.” 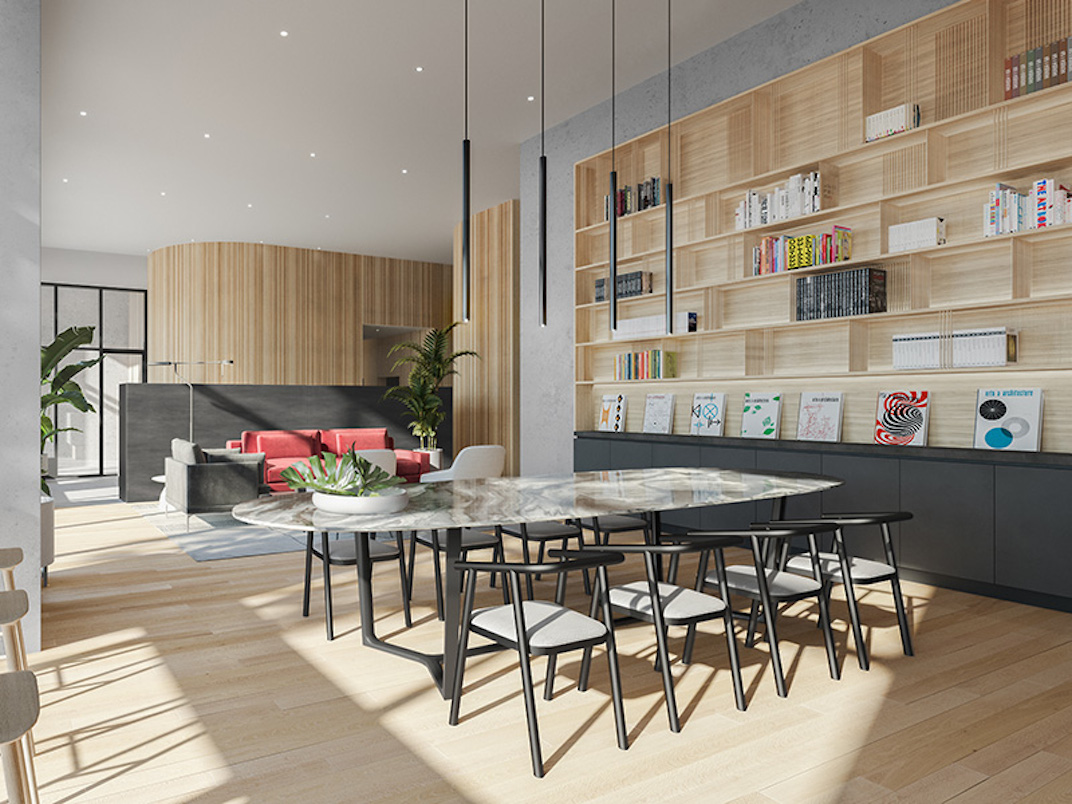 Residents will have access to a large outdoor amenity space on the rooftop. The expansive lobby area includes a co-working space and a fitness gym.

As for the exterior design, red bricks pay tribute to the immediate heritage context of the neighbourhood.