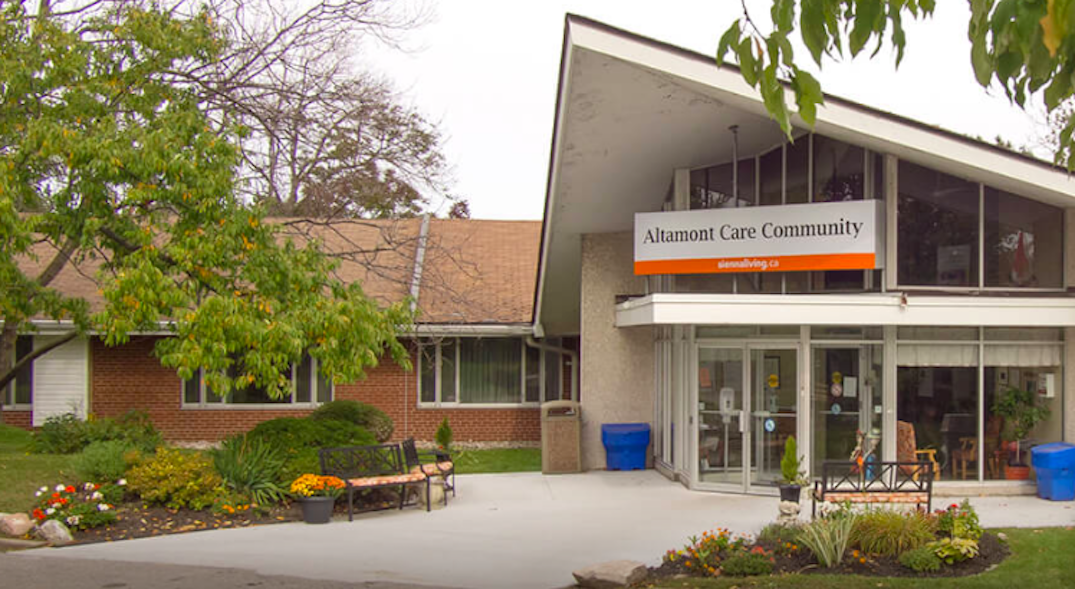 A law firm issued a class action proceeding claiming $20 million in damages on behalf of residents at a Scarborough long-term care home.

Lawyers from Thomson Rogers proceeded with the class action lawsuit for the residents of Altamont Community Care and their families on June 1 — at least 53 residents have died from COVID-19 related causes since March 17.

One of the representative plaintiffs in the case is Vasuki Uttamalingan, whose mother and father were both residents at the facility.

Uttamalingan’s father contracted coronavirus while residing at Altamont and died on April 21 and his mother also contracted the virus, where she was hospitalized for several weeks and remains in recovery.

Another representative plaintiff is Pahirathan Pooranalingam, whose mother was a resident at Altamont until she was transferred to hospital after contracting coronavirus.

She died in hospital on April 25.

“Vasuki and Pahirathan represent family members of the victims who have lost loved ones, without given the opportunity to say good-bye, as a result of the COVID-19 outbreak at Altamont,” the press release said.

According to Thomson Rogers, it is alleged that Altamont was cited for corrective action by the Ministry of Long Term Care in 2019 — in reports dated February 26 and November 8, 2019 — for its failure to ensure that staff participate in, and comply with, an infection prevention and control program, as well as its failure to document infection among its residents.

And, that Altamont allegedly failed to implement screening measures of its staff and basic physical distancing practices, including the separation of infected and non-infected residents following Ontario’s declaration of a State of Emergency on March 17.

It is alleged that during this period, there was “severe under-staffing” at Altamont and a “failure to provide basic personal protective equipment (PPE)” to the facility’s staff.

Altamont Care Community was one of five homes in Ontario to receive support from the Canadian Armed Forces (CAF) due to a coronavirus outbreak.

On May 26, the CAF released a report which documented the “horrendous living conditions” at the facility which include: inadequate nutrition with residents not receiving three meals a day; residents being bed bound for several weeks, leading to serious and untreated pressure wounds; residents not receiving bathing and basic hygiene; and not tracking resident rooms and bed locations.

In addition, significant staffing shortages were identified including periods where no support workers and/or administrative staff were present.

“Vasuki, Pahirathan and their families, as well as other families of the victims and survivors of Altamont, seek compensation for their tragic losses,” Stephen Birman, lead partner on the class action for Thomson Rogers, said.

“Vasuki and Pahirathan support the proposed independent commission into Ontario’s long-term care system, which they hope will result in meaningful change to ensure that a tragedy like this is never repeated in Ontario’s vulnerable long-term care population.”

In response to the military report, Sienna Living, which operates over a dozen long-term care homes, including Altamont, said they are working to increase staffing levels and bend the infection curve.

“We continue to be deeply saddened by the impact the pandemic is having on long-term care homes. Our commitment to our residents, their families and our team members is to work with government to make sure the concerns identified by the Canadian Forces are addressed,” the statement said.

The provincial government is taking over five more long-term care homes that Premier Doug Ford is “most concerned” about and will perform “rigorous inspections” of 13 more homes over the coming weeks.

The government will also be expedited an independent commission to look into the state of long-term care homes in the province.