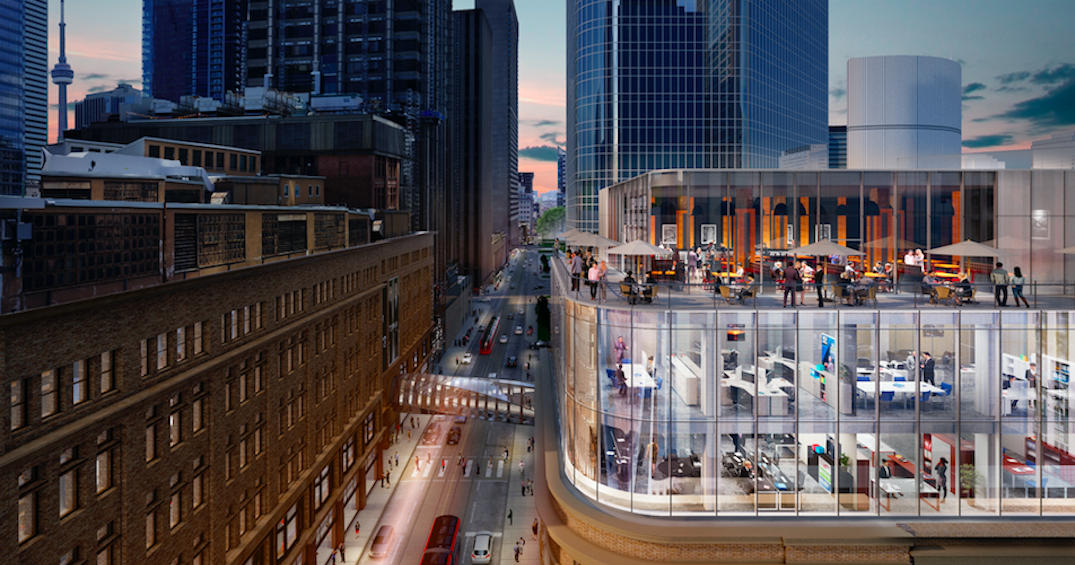 A major restoration at Queen Street West and Yonge Street will change the look of the popular downtown block.

Cadillac Fairview (CF) announced the expansion and restoration of 2 Queen Street West, a heritage building at the northwest corner of the intersection. As part of the CF Toronto Eaton Centre (CF TEC) complex, the building recently housed retail and office space.

According to CF, “the project, designed to improve the quality and utility of the property while preserving its unique architectural features, will restore the original 1885 façade and add three more storeys to the building including a top floor designed to accommodate a first-class restaurant with an exterior terrace.”

The redevelopment comprises 23,150 sq. ft. of office space and 22,011 square feet of retail and storage space as well as significant mechanical, structural and electrical upgrades. 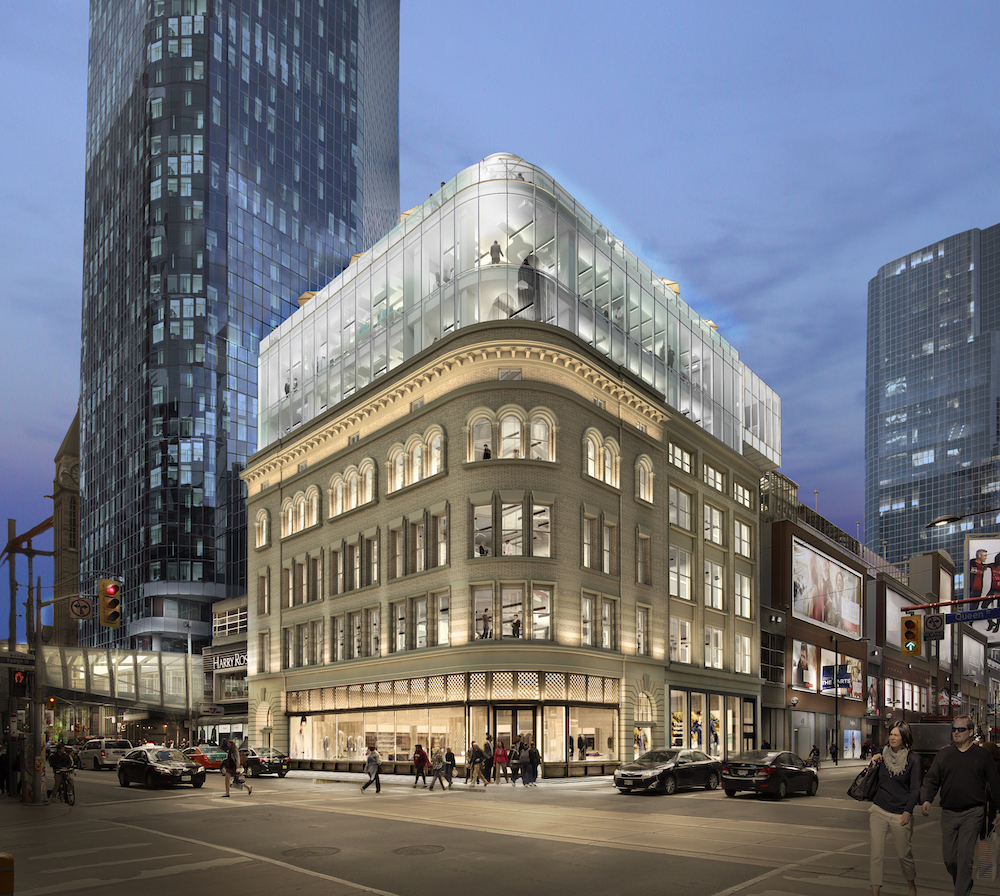 “A beautifully restored 2 Queen Street West would serve as a gateway from Yonge Street to the south entrance of the CF Toronto Eaton Centre,” said Rory MacLeod, Vice President, Development, Cadillac Fairview, in a statement.

“This project complements our ongoing investment in the CF TEC complex, most recently demonstrated by our announcement with BMO to develop an innovative new workspace in the former Sears office space, construction of the new Queen Street pedestrian bridge, and the opening of Saks Fifth Avenue at the Hudson’s Bay Queen St. location.”

The Toronto Eaton Centre comprises over 2.1 million sq. ft. of retail space and over 2.6 million square feet of office space.

No word as to who will operate the rooftop restaurant at this time. 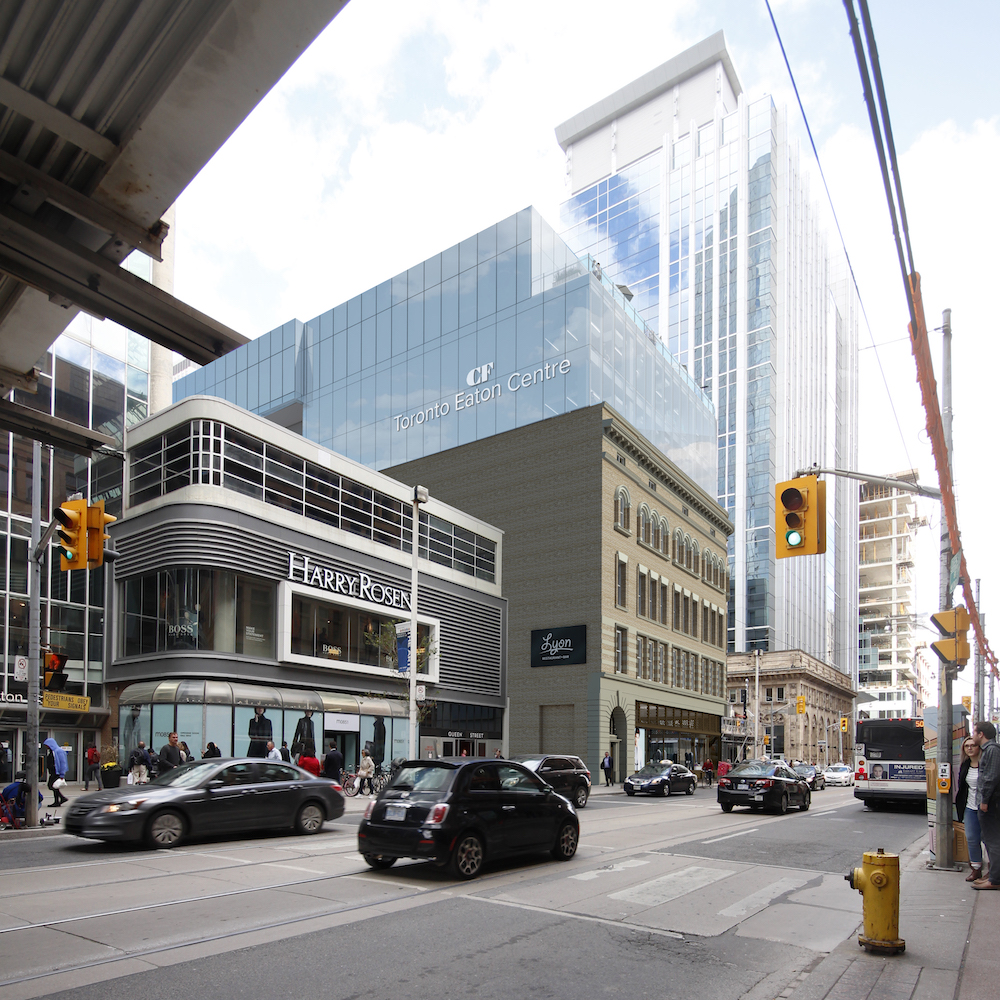 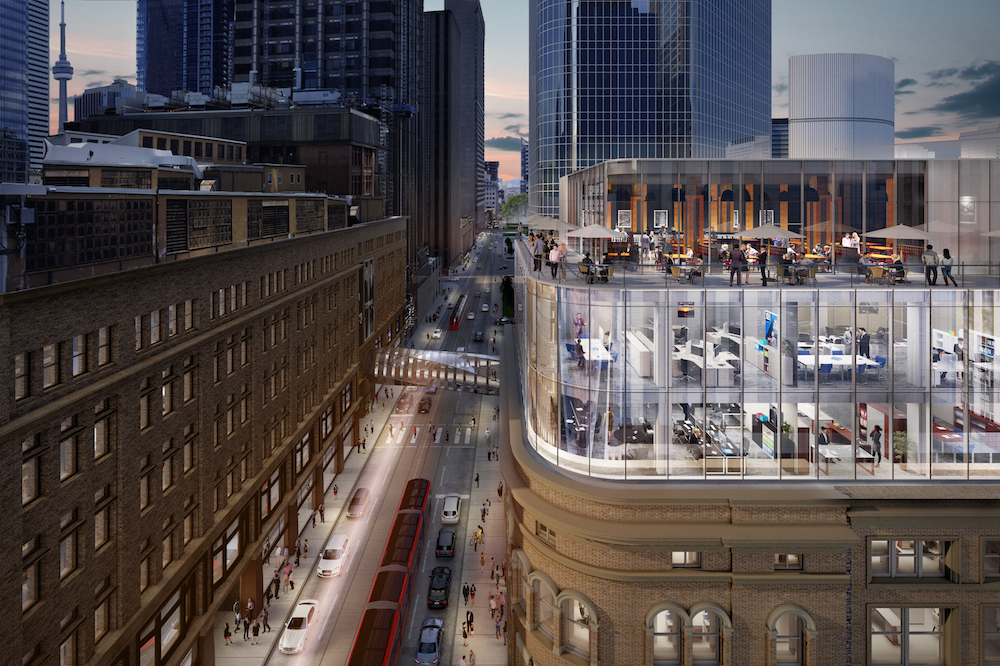