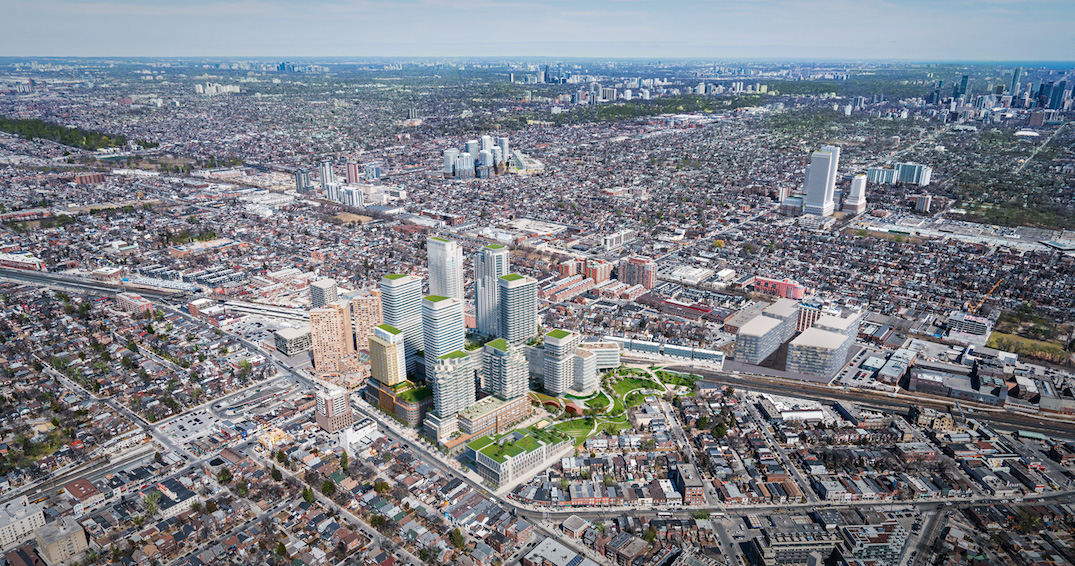 In the fall, a local developer opened a Community Idea Centre for its major redevelopment project on Bloor Street West and Dundas Street West.

Choice Properties opened the Centre at 2280 Dundas Street West, its planned redevelopment site, to promote dialogue, foster engagement, and get feedback from the local community regarding Choice Properties’ plans for a mixed-use community at the site. 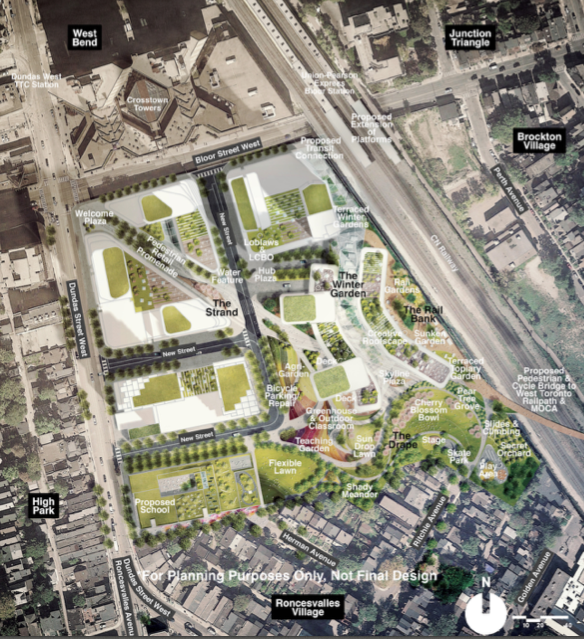 The development plan includes a mix of purpose-built rentals, condos, and affordable housing. Approximately 2,600 units are planned, which include 3-bedroom, 2-bedroom, and 1-bedroom units.

There will be more than 650,000 sq. ft. of commercial space (office and retail), including space for 3,500 jobs, according to developers. There will also be a variety of new retail spaces, including a Loblaw, LCBO, and Shoppers Drug Mart

More than 50% of the development will be pedestrian accessible, and there’s a proposed pedestrian connection to TTC, GO Train, and UP Express.

To connect the development, three new city streets are also being proposed.

“We’re excited to share our vision for the redevelopment of the Bloor-Dundas West site,” said Joe Svec, Director, Mixed-Use Development, Choice Properties REIT. “We’ve taken a thoughtful, inclusive approach to designing a modern community focused on long-term sustainability. What we plan to build here is more than a condo development; we are looking to create a complete community, a place where people can truly live, work, play and shop while remaining connected to local neighbourhoods and to the growing, Greater Toronto Area.”

Originally, the 2280 Dundas Street West building was constructed in 1962 and the area serves the Junction Triangle, Bloordale, High Park, and Roncesvalles Village neighbourhoods. Currently, the retail centre at the site is anchored by a Loblaws grocery store, while also including an LCBO, KalTire, and a Coffee Time.