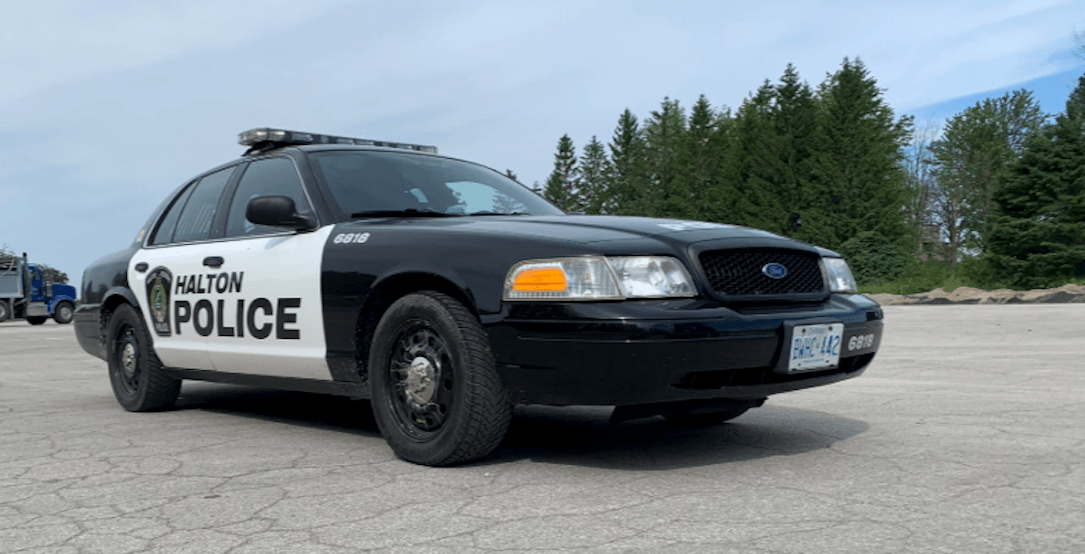 A 14-year-old male has been charged after police say they seized an unloaded gun from a backpack.

According to Halton Police, on July 8, at approximately 5 pm, officers were contacted in regards to a group of teenagers observed near River Oaks Public School in Oakville.

Police say the group was seen by staff at the school as they walked by a window. One of the teenagers in the group was allegedly observed showing a gun to the other males.

A search of the males resulted in the seizure of one unloaded handgun from a backpack. No ammunition was found on any of the males, police say.

The 14-year-old from Oakville was held for bail and has been charged with the following criminal offences: carry concealed weapon and unauthorized possession of Firearm.

The other three males, who were all under 18 years of age, were released without charges.

Due to the ages of the males arrested, police will not be releasing their names.

Police say that an investigation has determined the firearm seized was lawfully owned by and registered to a member of the household of the accused.

How a licenced firearm is stored impacts the safety of the community & those @ home.

This gun: seized from a youth who took it out in public from home where it was legally stored. Responsible storage may require more than the minimum to mitigate risk: https://t.co/R9vUHjk4zb pic.twitter.com/OFxnudhPvk

Police would like to remind the public to ensure safe and lawful storage of their firearms, and that responsible storage may require more than the legal minimum.