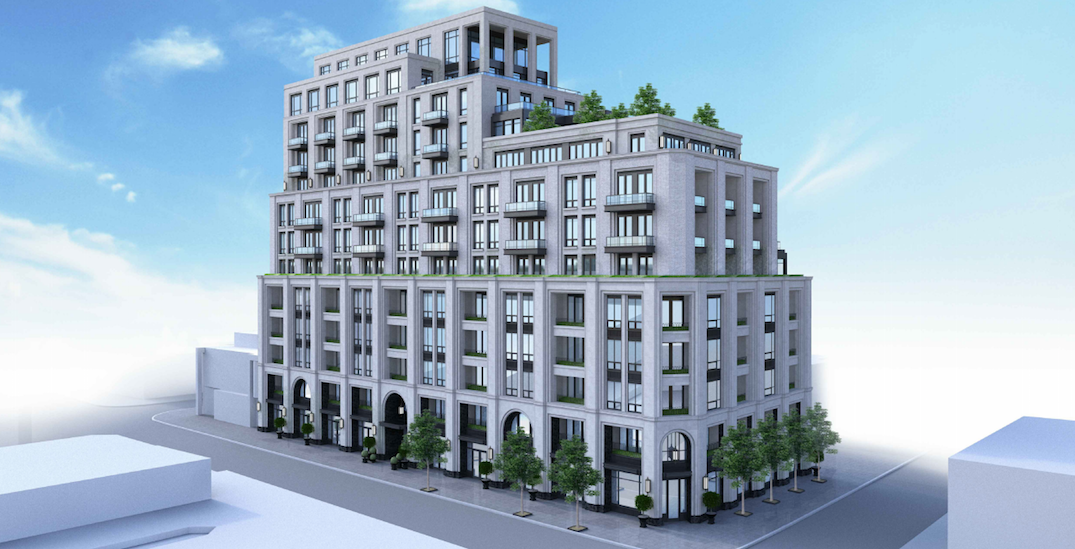 A new 12-storey development could soon be dominating the block at Yonge Street and Woburn Avenue in Bedford Park.

According to development plans filed with the City, the proposed mixed-use project would sit at 3180-3182 Yonge Street, on the southwest corner of Woburn Avenue.

The property is currently occupied by a row of 12 connected two-storey buildings that have retail on the bottom and residential and office space on top. The proposed building would be significantly taller than any existing building on the neighbouring blocks. 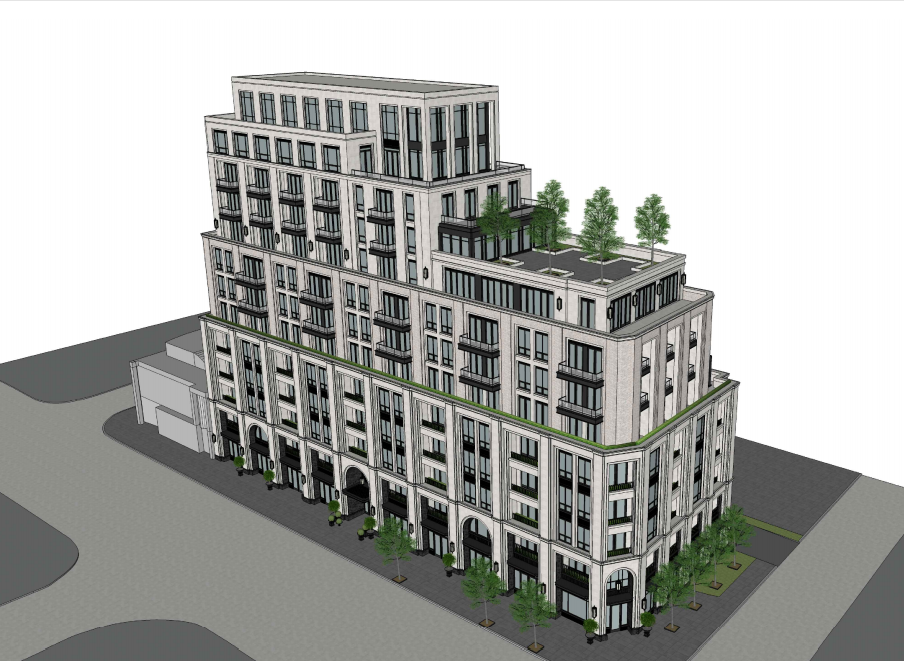 The design of the Yonge and Woburn development, drafted by Richard Wengle Architect Inc., calls for retail space on the ground floor and 109 residential units, consisting of one-, two-, and three-bedroom units, on the second through 12th floors.

The building will feature more than 11,000 sq ft of amenity space for its residents, both indoors and outdoors, including a lounge and a large outdoor terrace with greenery. Plans also show that every unit in the building will have access to either a balcony 0r terrace. 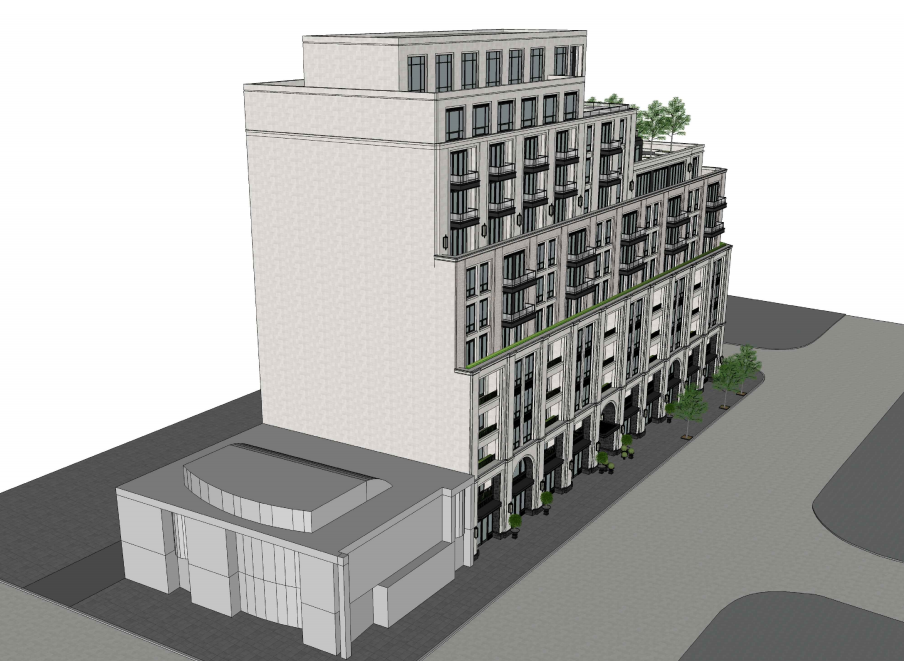 Underground, there will be parking for some residents, with 74 parking spaces made available, and an additional 17 parking spaces for non-residential purposes.

The proposed Yonge and Woburn development’s plans do not indicate when demolition of the existing buildings on the site would begin, or when construction of the development is expected to start.