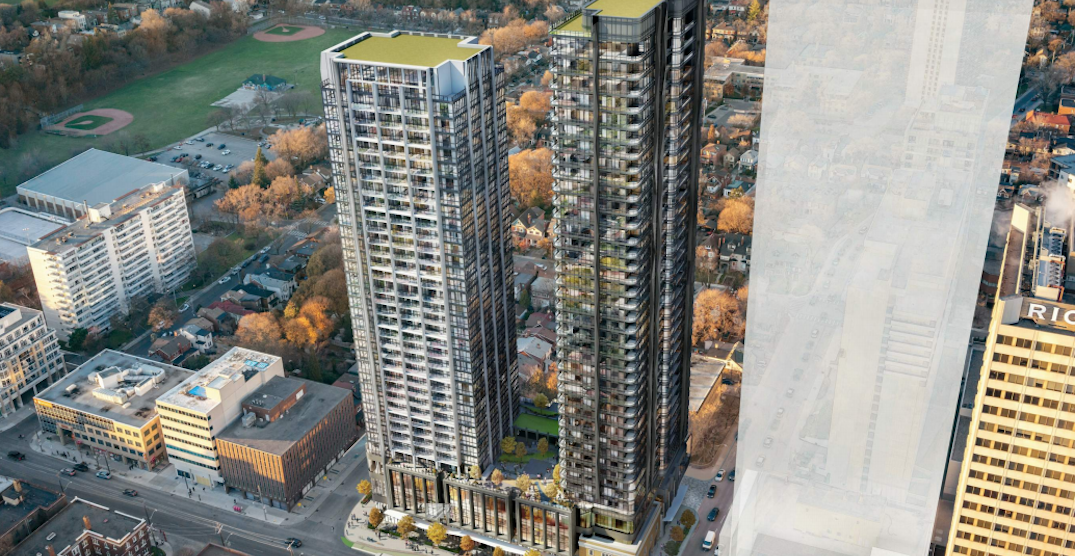 The developer behind a planned two-tower Eglinton West development is trying to make it even taller, according to a new rezoning application filed with the City of Toronto.

The new plans, filed in December, call for a total of 17 new storeys to be added to the development. 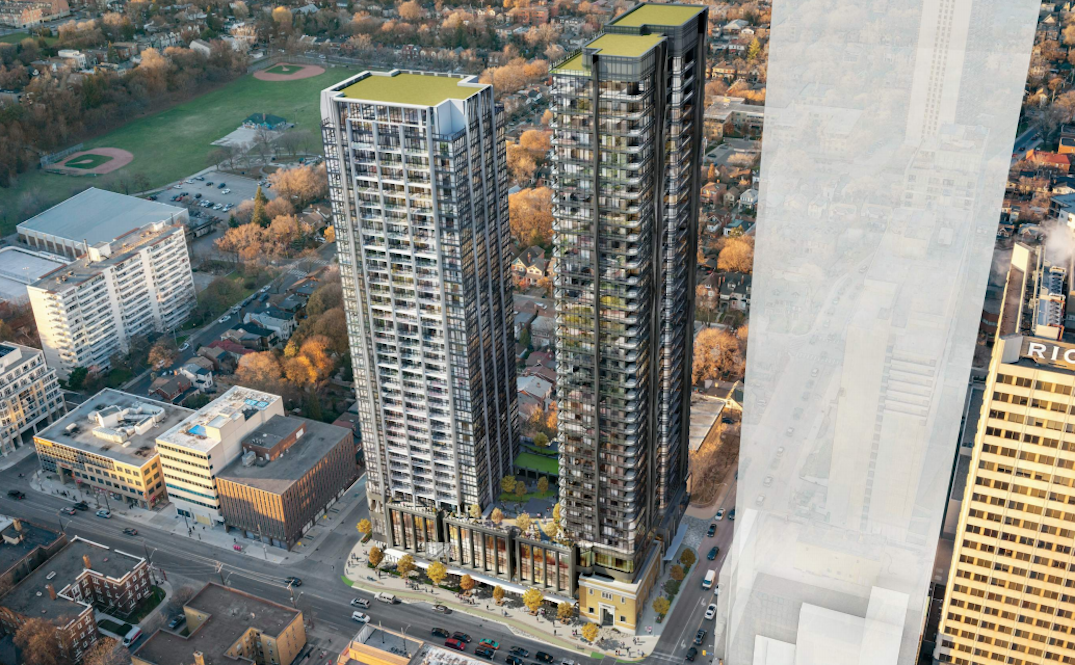 The lofty towers will sit on top of a three-storey mixed-used base that would have retail space on the first and second floors and office space on the second and third floors.

Inside the towers of the Eglinton, West development will be 688 residential units — a significant increase from the 534 called for in the previous plans — as well as both indoor and outdoor amenities on the fourth floor for residents to use. 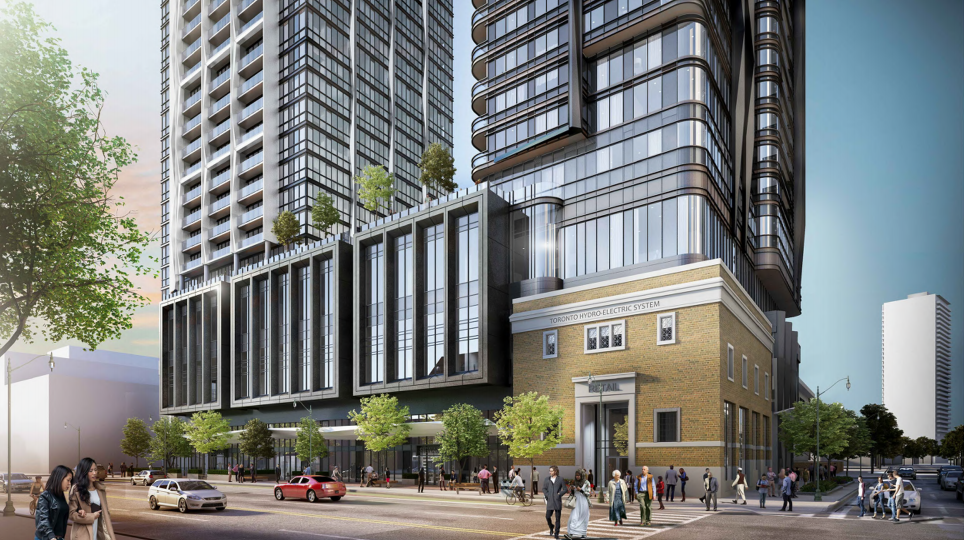 The exterior of the building looks relatively unchanged in the new application, with the exception of the new heights being added.

And possibly the most important design feature in the whole project: the developer is still committed to preserving an old Toronto building. As in its previous designs, the base of the new Eglinton West development will incorporate the current facade of the 1920-built Toronto Hydro-Electric substation located at 50 Eglinton Avenue West, which has been designated as a heritage building.

Also, as part of their previous application’s approval, the developers will be contributing $1,000,000 to the City, to be used for improvements to Eglinton Park.