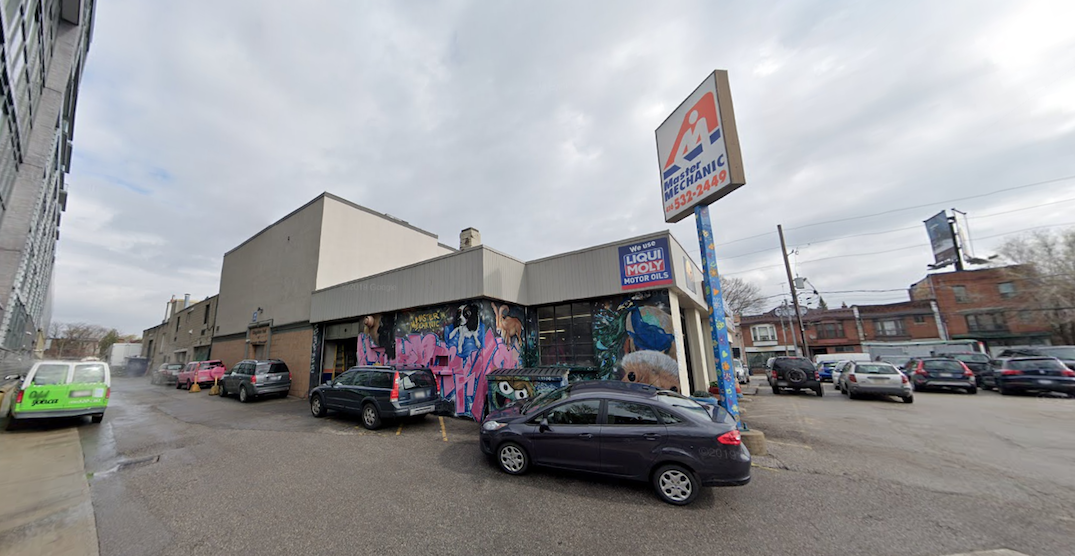 According to plans filed with the City at the end of April, Lamb is planning to axe the car garage, located at 6 Howard Park Avenue, and redevelop the property into a 128-unit mixed-use building.

The development plans call for retail space on the ground floor of the triangular building and residential units spanning from studios to three bedrooms on the floors above. If the City approves the development application, there would also be indoor and outdoor amenities, green rooftop space, and 40 underground parking spaces. 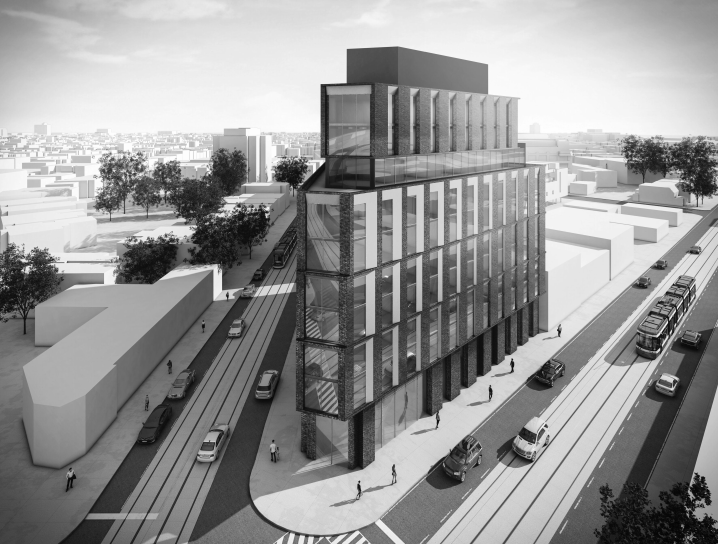 The property’s current occupants, Master Mechanic, say that they were only made aware of the development plans after being informed by customers and a City Councillor, despite being told their landlord would notify them directly.

“The Landlord advised us that he would provide adequate notice of his intentions for this location and even gave us hope that he would potentially extend our lease,” Master Mechanic wrote in a Facebook post.

“It was shocking and disingenuous for us to discover his intention for his proposed development through customers and the through the City Counsellor’s office of Gord Perks. Brad was not forthcoming and transparent with us.”

Brad J Lamb Realty could not be reached for comment by the time of publication.

The Howard Park site is just a few minutes away from another controversial Lamb property at 1407-1409 Bloor Street West that was previously home to nine tenants living above a car garage. In March, the tenants were permanently forced out after a carbon monoxide leak occurred. A subsequent City inspection found that the building was not up to code because the combination of an auto garage and residential units is prohibited.

The proposed flatiron-inspired development will need to go through several steps before Brad J Lamb Realty is given the green light. City staff is currently reviewing the proposal and will subsequently present a report to a committee before City Council votes on final approval.