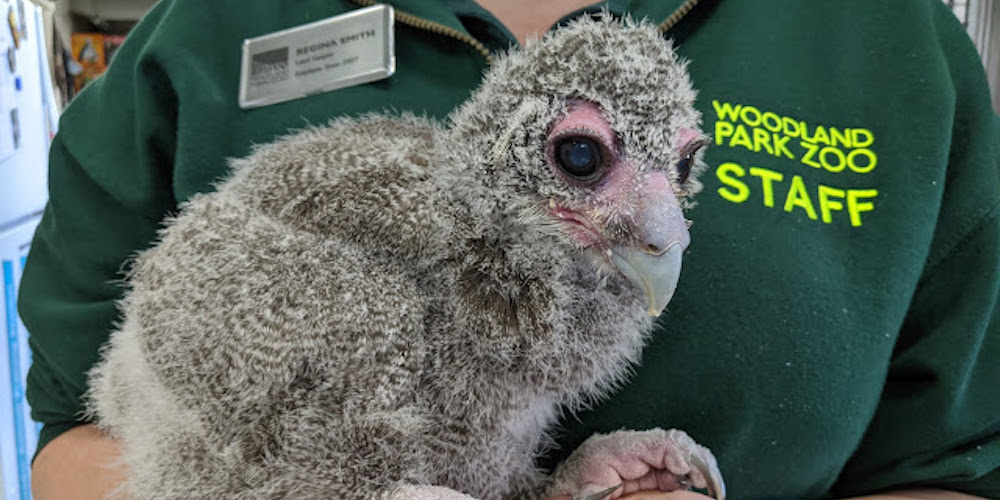 The owl, known commonly as a milky eagle owl, is the first of this species at the zoo.

According to a press release, Jibini arrived at the Woodland Park Zoo as an egg from Zoo Atlanta and hatched on January 28 weighing less than two ounces.

Being born mostly featherless and smaller than the size of a tennis ball, Jibini was kept in an incubator for the first few weeks of his life to help keep him warm. 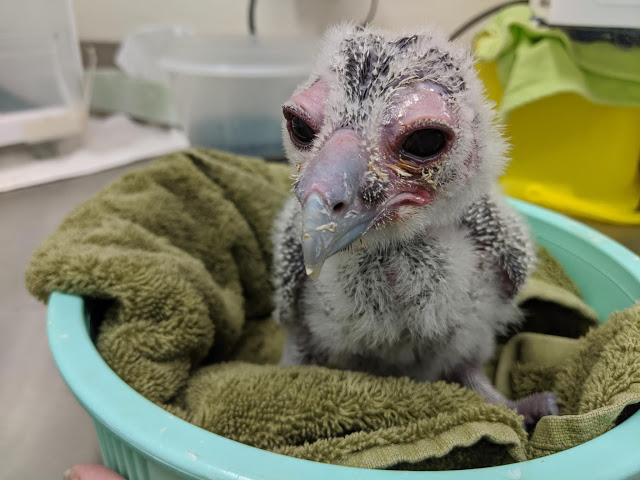 Jibini, meaning cheese in Swahili, is an homage to the owl’s sub-Saharan African roots.

“The zoo’s keepers, who have fallen head over wings for him, wanted to keep with the dairy theme of the species name,” said a press release.

According to his keepers, he’s a quick learner, is building more confidence every day, and is ahead of the curve on reaching milestones. He’s already taking lots of short practice flights, hopping on and off of perching, and figuring out how to use his big feet for takeoffs, landings, and grabbing hold of things. 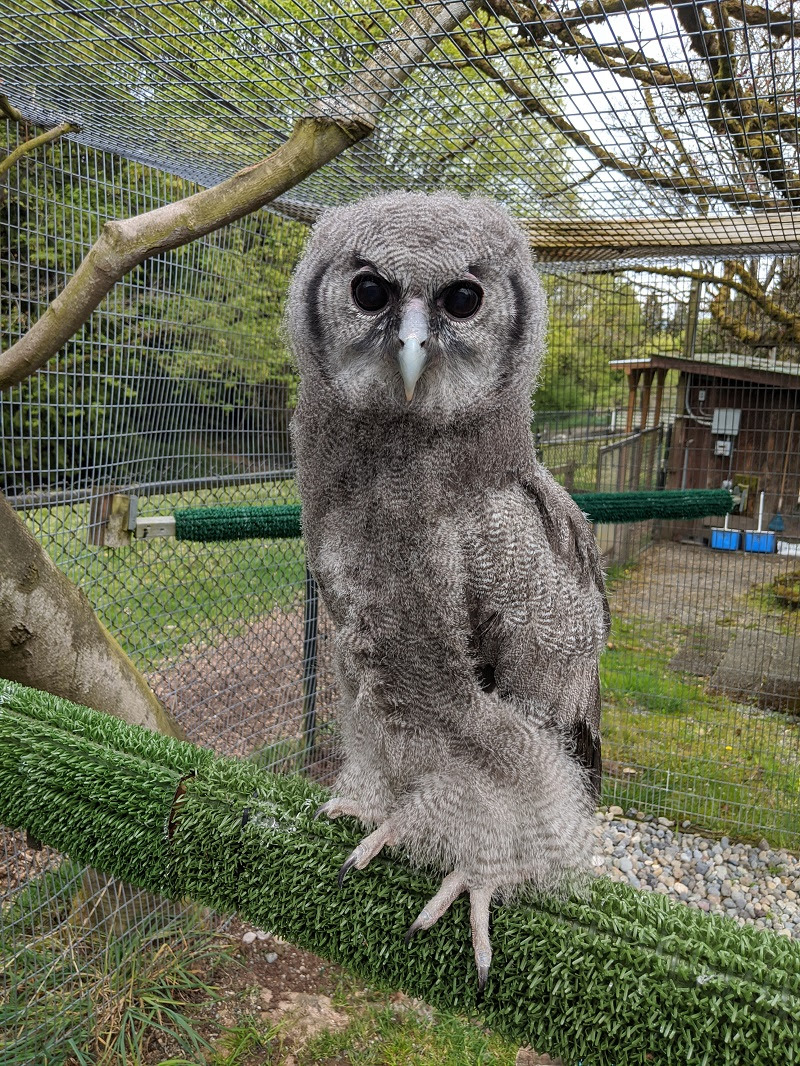 Jibini currently lives in a spacious flight pen at the zoo’s Raptor Barn where he has plenty of room to stretch out and exercise his huge wings — he’s got a wingspan of almost five feet.

According to the zoo, he “will continue to work with his keepers — they are his family — to master the most important role of being an ambassador animal: meeting and greeting people and helping to educate them about owls.”

Those looking to help can donate money online, either one-time or through recurring payments.