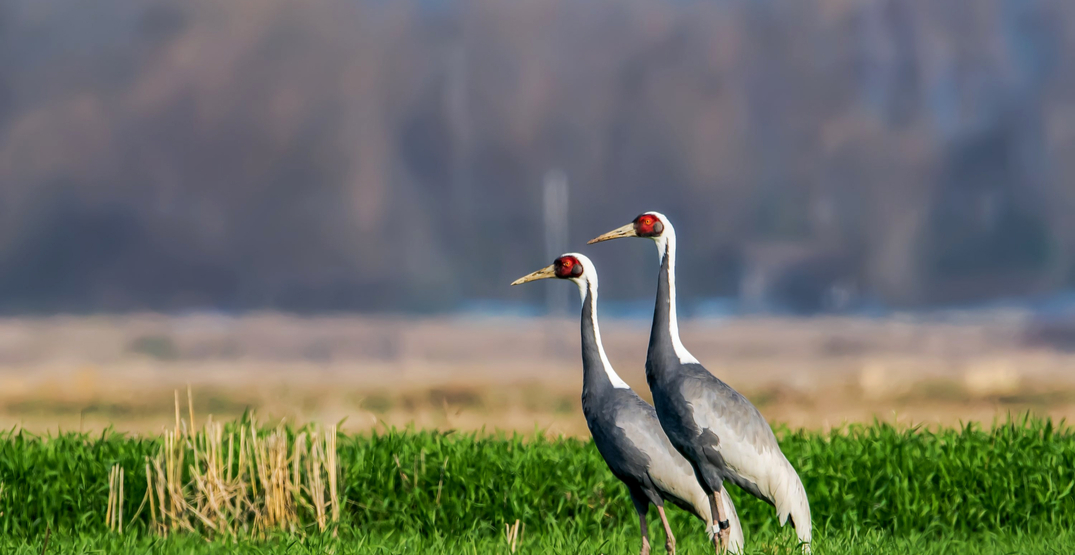 Imagine going on your daily walk and stumbling across a white-naped crane.

Although a rather specific scenario, it did take place yesterday around 4 pm near the water tower on Phinney Avenue North at North 55th Street.

Realizing that the crane was not an ordinary Seattle bird, a passing pedestrian alerted the zoo staff, who followed her into a sunken garage on North 55th Street and successfully returned the crane to her enclosure.

White-naped cranes are native to Northern Mongolia, southern Siberia, Korea, Japan, and central China, although this particular crane was hatched at the Woodland Park Zoo in July 2019.

She currently lives in an open-air exhibit, and “it appears the young crane’s extended wings caught lift when the wind picked up this afternoon,” said the Woodland Park Zoo in a press release.

Although the cranes receive clipping of their feathers to prevent them from flying away, their wings remain large and broad and still manage to catch air on windy days.

“The clipping process does not hurt the crane, as only feathers that do not have a blood supply are trimmed, similar to a human receiving a haircut.”

The crane has now been safely returned to her habitat with her brother and parents, Cal and Laura.