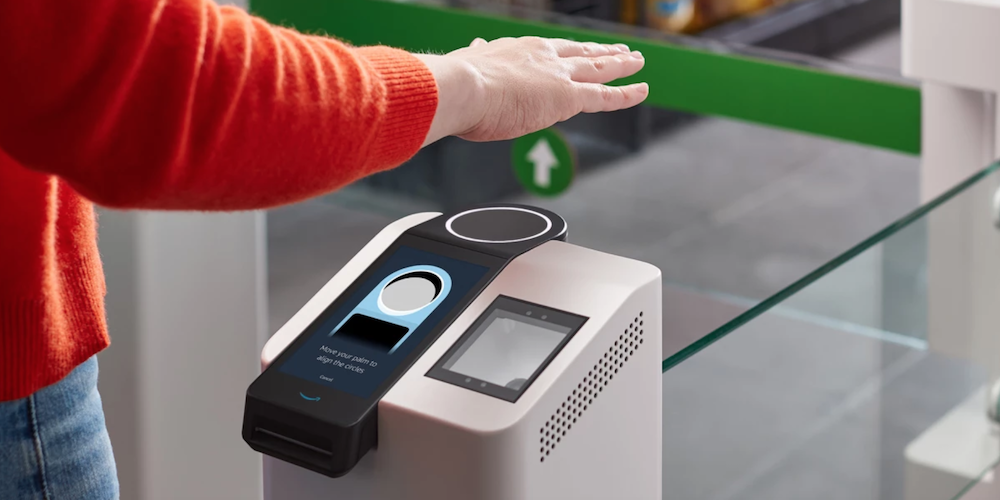 Shoppers at various Whole Foods in Seattle will soon be able to use their pams to pay for items rather than physical cards.

Called Amazon One, the new technology is a fast, convenient, contactless way for people to use their palms to make everyday payments.

According to Amazon, the service is “designed to be highly secure” and uses custom-built algorithms and hardware to create a person’s unique palm signature.

The new technology supposedly makes checking out faster and easier, and registering for Amazon One takes less than a minute.

First, insert your credit card into one of their machines. Next, hover your palm over the device and follow the prompts to create your unique “palm signature.” Shoppers have the option to enroll with one palm or both.

Once enrolled, customers can hold their palms above the Amazon One devices for about a second or so, as they would a tappable card, and be on their way.

In September, Amazon One rolled out at the original Amazon Go store at 7th and Blanchard and the Amazon Go store in South Lake Union at 300 Boren Avenue North. It has since been implemented in about a dozen other locations around the city.

On Wednesday, the company brought the palm scanners to a Whole Foods location near the Amazon headquarters. Amazon is planning to roll out the system to seven additional Whole Foods stores in the Seattle area in the coming months.

According to Dilip Kumar, vice president of Amazon’s physical retail business, the technology could later even be implemented in large venues such as stadiums or for everyday tasks such as badging into work.