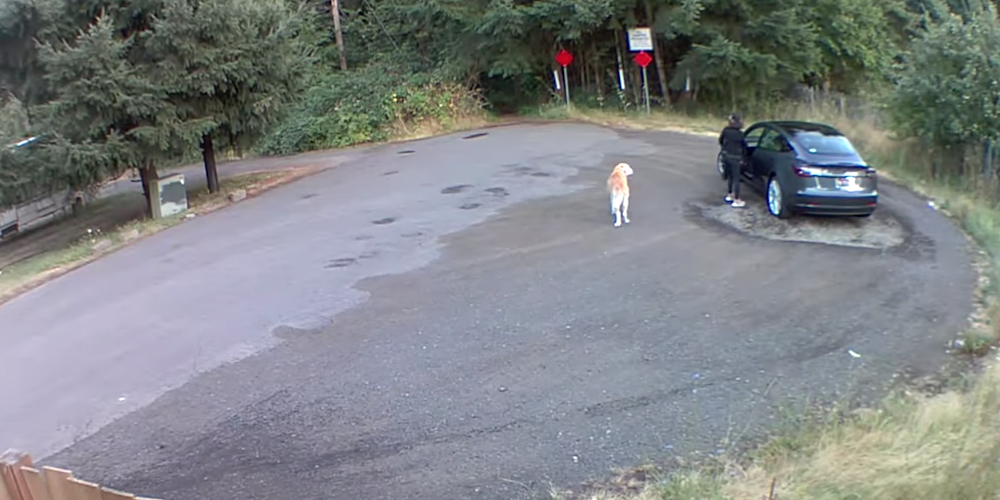 Animal rescue group, I Paw’d It Forward is in search of a woman who abandoned her dog at Orchards Park in Vancouver, Washington.

The unknown woman was captured in a video on Thursday, driving a grey Tesla with Oregon license plates.

She was seen parking and taking her older yellow lab out of the car before walking the dog into the park. She’s then seen jogging back to her car without the dog.

I Paw’d It Forward has confirmed that the yellow lab has since been rescued and is in safe hands, while the woman remains at large.

Those with any information about the incident should contact the organization at 833-360-7293.