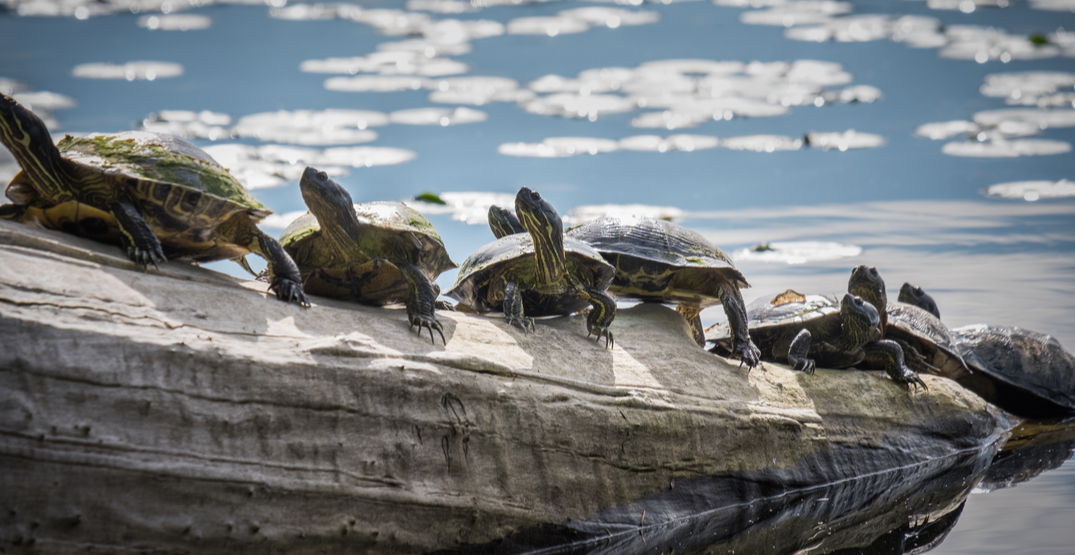 In August, the Washington Department of Fish and Wildlife (WDFW) and Woodland Park Zoo will be releasing close to 30 pond turtles into the wild at local protected sites.

The turtles are part of Washington state’s longest-running species reintroduction project, the Western Pond Turtle Recovery Project, which helps to “give these local gems a head start.”

According to the Woodland Park Zoo, the project was launched in 1990 when the western pond turtle population hit a low of 150 turtles due to predators, loss of habitat, and invasive species. Today, successful reintroduction has brought that population up to over 1,200.

In the spring, WDFW biologists went into the field to attach transmitters to adult female western pond turtles. They monitored them every few hours during the nesting season to locate nesting sites, where they collected eggs. Next month, in late summer, the hatchlings will be released into the wild.

“Due to the fact that wild turtles don’t feed in the winter, they become active in the ponds at a very small size and are easily predated on. Head-started turtles are fed all year and so when released, are less likely to be predated on just because of their larger size,” said Kevin Murphy, an animal curator at Woodland Park Zoo, in a press release. “Once the turtles reach a suitable size to escape the mouths of invasive predatory bullfrogs, about two ounces, we return them to protected sites in their natural range where they’re monitored by biologists.”

Each turtle is weighed, measured, and marked before they are released each year.