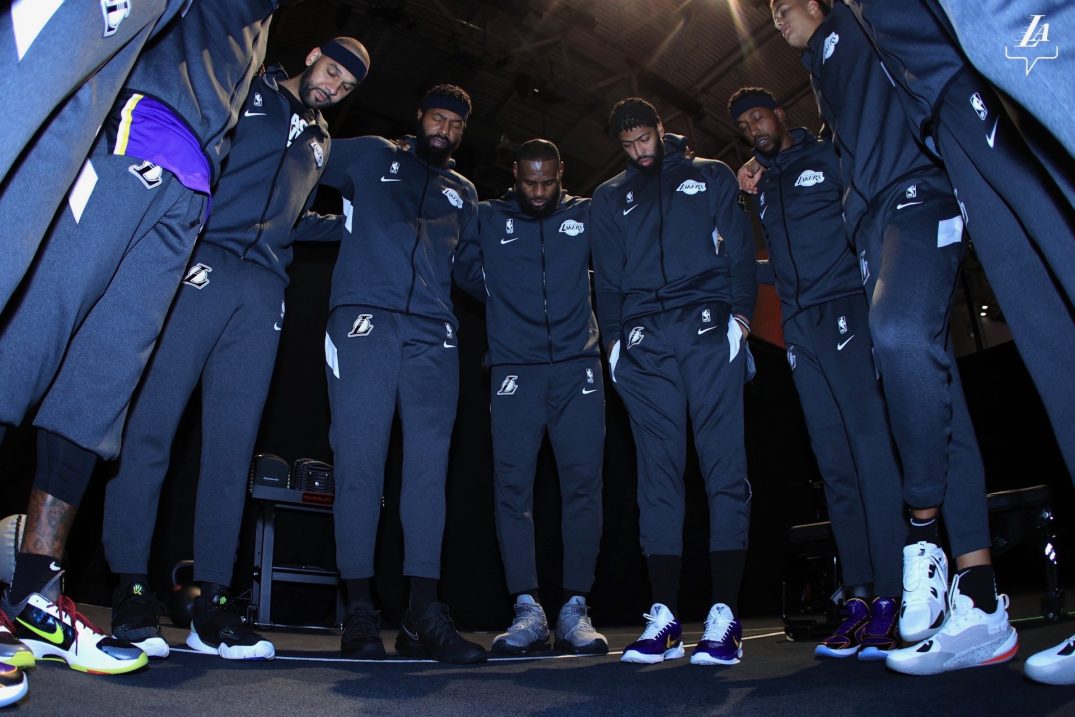 Following the Milwaukee Bucks and Orlando Magic earlier today, the Los Angeles Lakers and Portland Trail Blazers have agreed to sit out their Game 5 match-up following the shooting of Jacob Blake.

Reported earlier today by ESPN’s Adrian Wojnarowski, a meeting took place in the minutes leading up to the decision.

The Lakers have a team meeting soon to discuss the possbility of boycotting Game 5 tonight against Portland, sources tell ESPN.

The boycott was later confirmed by NBA Insider Shams Charania.

The Bucks and Magic did not take to the court ahead of their scheduled game, which saw the time-to-tip-off hit zero in an empty arena.

Following the decision by the Bucks, the boycott train continued to include the Lakers and Blazers game, the NBA and NBPA decided to postpone all playoff matches set to take place on Wednesday night.

According to reports, the Raptors and Celtics met last night to discuss the potential of boycotting Game 1 of their head-to-head series, which is scheduled to take place on Thursday.

Raptors players Fred VanVleet and Norman Powell were visibly shaken by what happened and spoke openly about considering a boycott.

“I was pretty excited [about the series] and then we all had to watch Jacob Blake get shot,” said VanVleet. “That kind of changes the tone of things and puts things in perspective.”