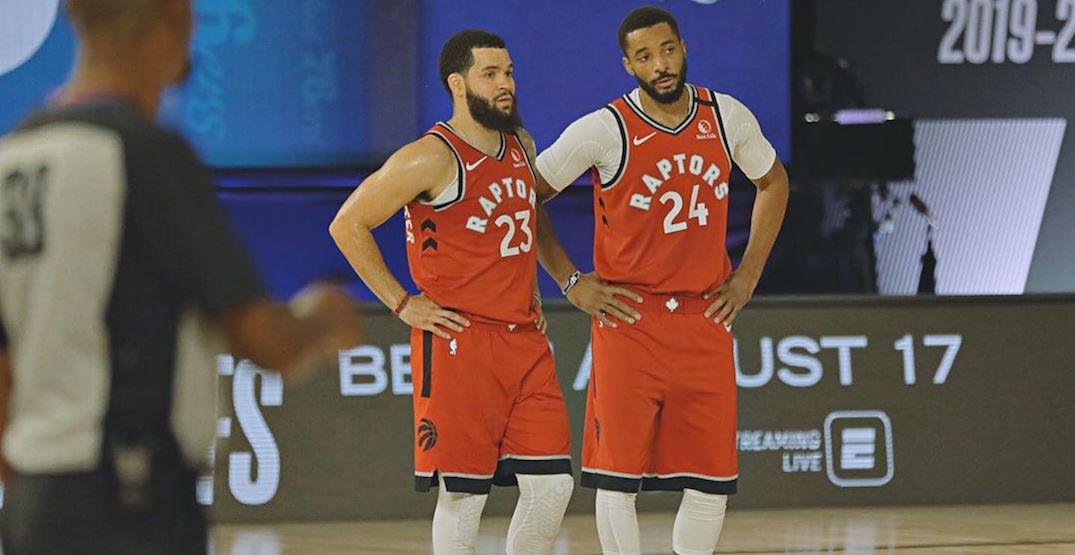 The Toronto Raptors are two days away from the start of a highly anticipated playoff series against the Boston Celtics, but suddenly basketball doesn’t seem so important anymore.

Speaking with the media today for over 15 minutes each, Raptors players Fred VanVleet and Norman Powell expressed frustration following the police shooting of Jacob Blake, an unarmed Black man in Kenosha, Wisconsin. Blake was shot multiple times by police in front of his three sons and has been left paralyzed.

Though the Raptors and the NBA as a whole have done a lot for awareness of the Black Lives Matter movement, wearing social justice messages on the back of their jerseys and kneeling during the national anthem, VanVleet and Powell said more needs to be done.

“What are we willing to give up? Do we actually give a fuck about what’s going on? Or is it just cool to wear Black Lives Matter on the backdrop or wear a T-shirt? Like, what does that really mean? Is it really doing anything? I don’t have the answers for you today,” said VanVleet.

“Ultimately, playing or not playing puts pressure on somebody… Would it be nice in a perfect world we all said we’re not playing and the owner of the Milwaukee Bucks — that’s going to trickle down,” added VanVleet, noting that the shooting took place in Wisconsin. “If he steps up to the plate and puts pressure on the district attorney’s office, the state’s attorney, the governor, and politicians there to make real change and get some justice.

“I know it’s not that simple but at the end of the day, if we’re going to sit here and talk about making change, at some point we’re going to have to put our nuts on the line and actually put something up to lose rather than just money or visibility. I’m just over the media aspect of it.”

VanVleet didn’t want to get into what the team discussed privately, but later Powell confirmed that there’s been talk of potentially boycotting games.

“It’s on all of us to actually stand up and demand things. And get in front of these people’s faces that make the laws and have the power to fully affect change and force them to. Until that is done, ain’t shit gonna change.”