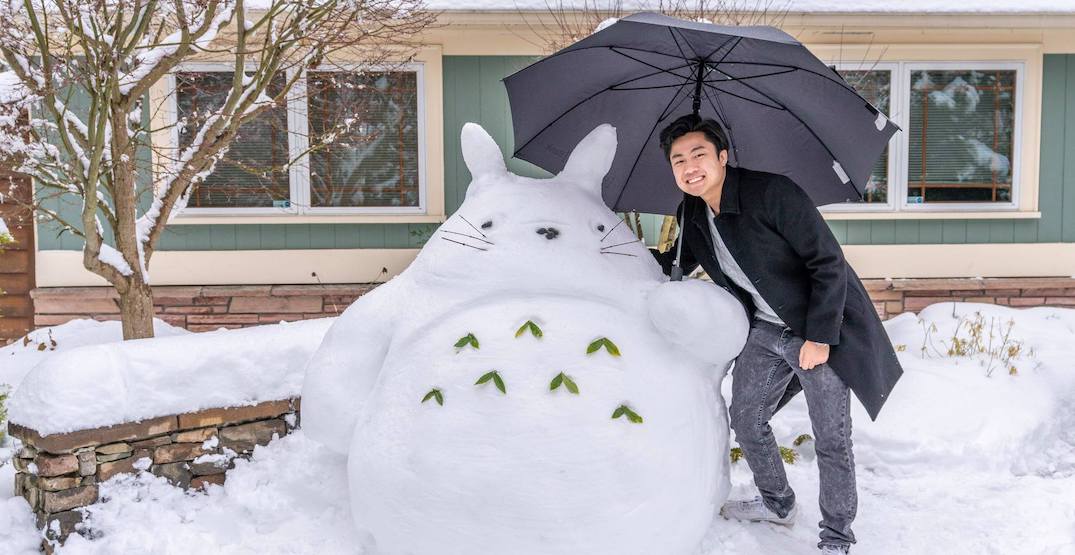 After spending hours digging their cars out of the snow, Peter Huynh, a dental hygienist from Seattle, and his roommate Nam decided to have a little fun.

Being huge Studio Ghibli fans, the two decided to build a Snotoro: a massive snow Totoro from the film My Neighbor Totoro. 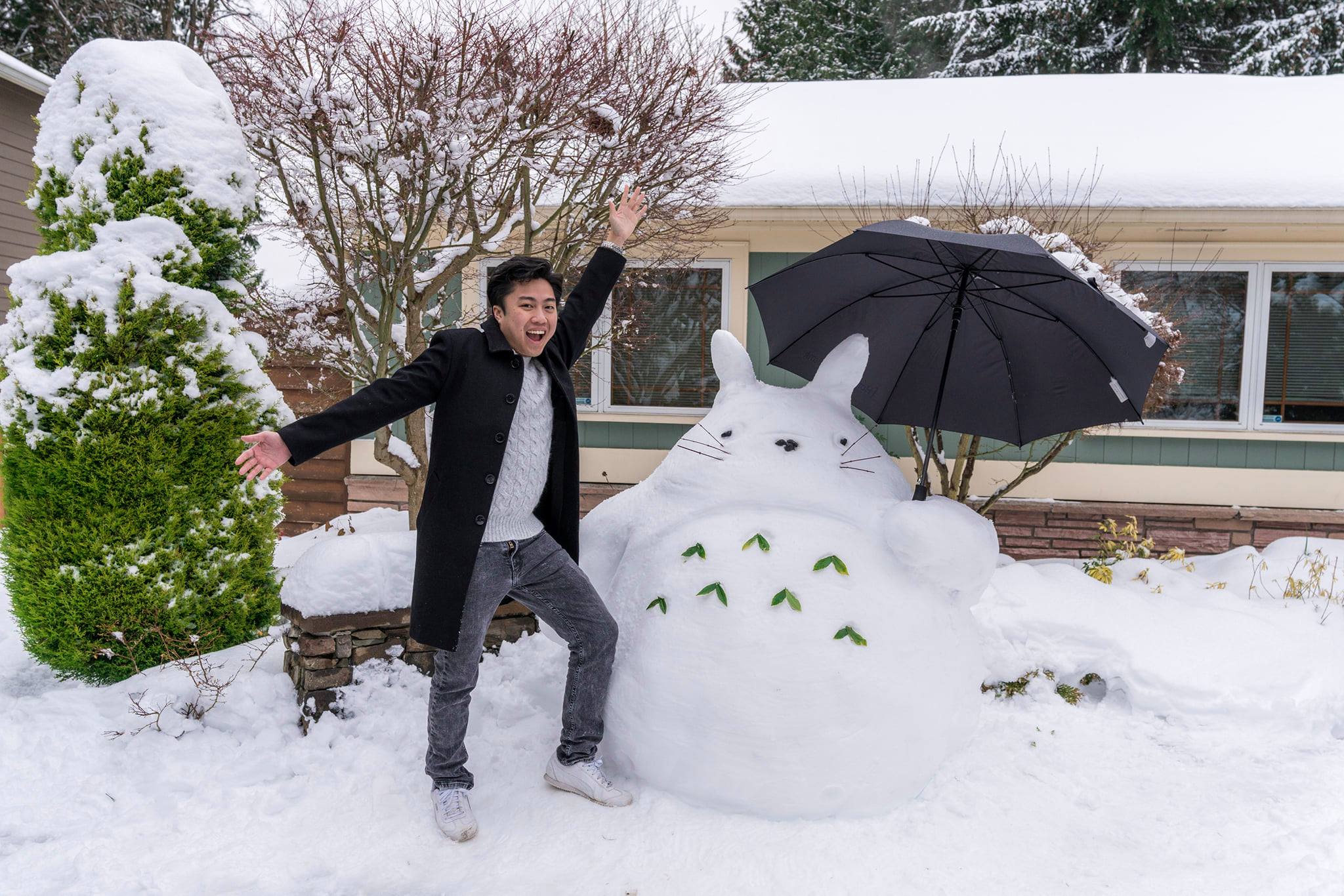 “You know how little kids watch Frozen on repeat for weeks? That was me growing up with Totoro,” Huynh told Daily Hive. He also shared that although Totoro used to be his favorite Ghibli film, his tastes have now shifted to appreciating Howl’s Moving Castle. 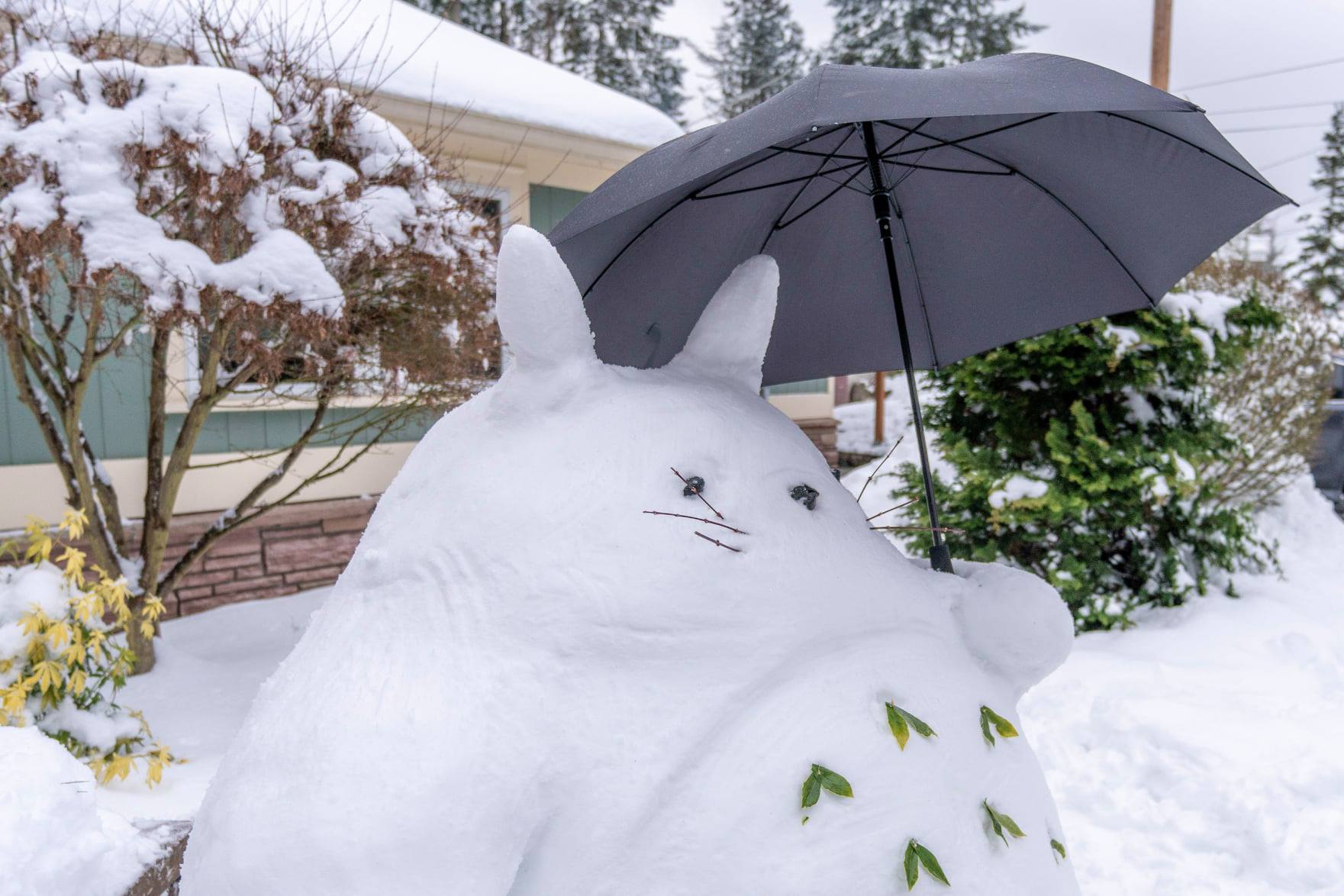 The Snotoro took Huynh and Nam around one and a half hours to complete, with Nam offering feedback and Huynh taking on construction and sculpting. 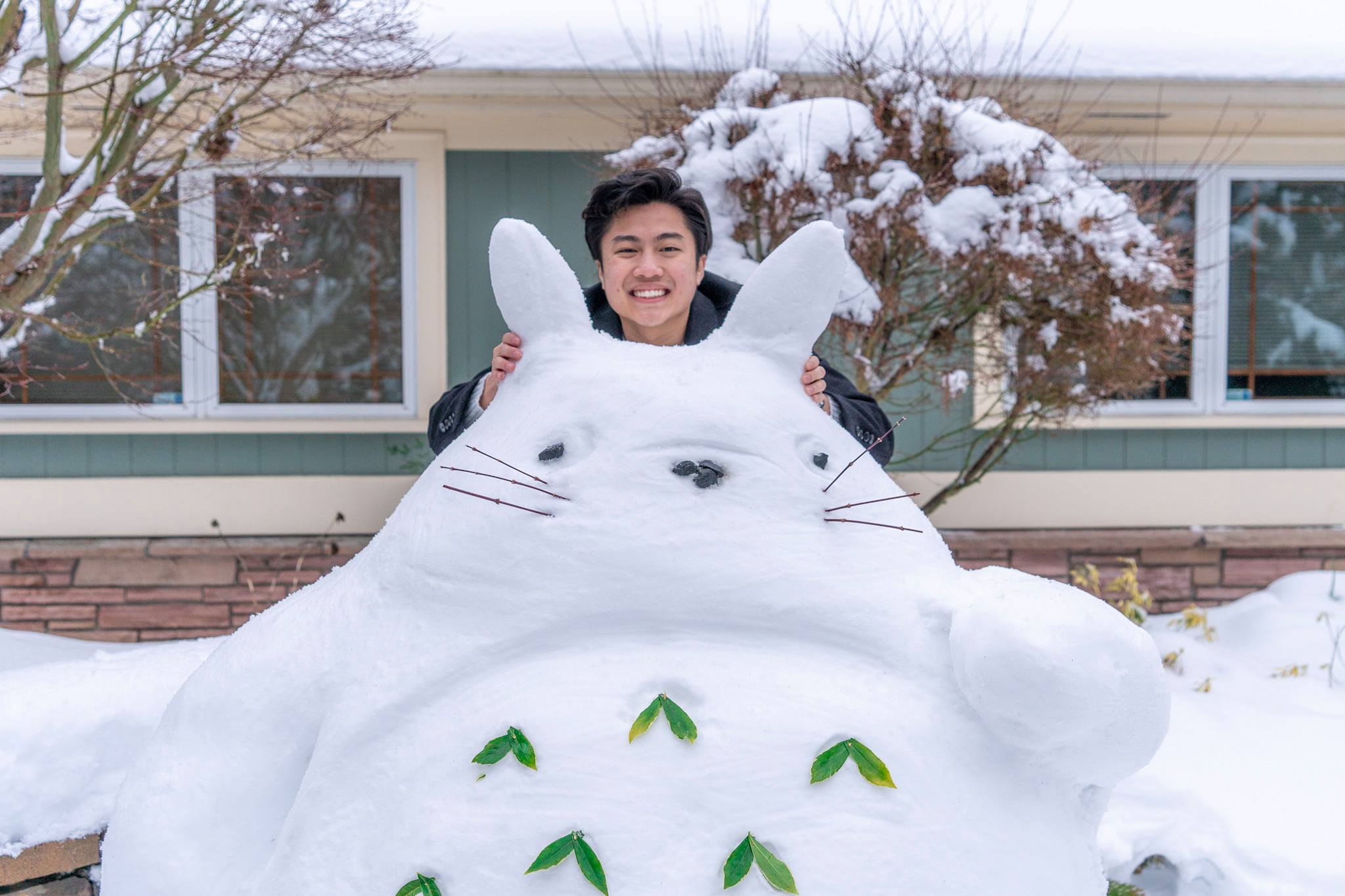 Being new to Seattle, Huynh says that he absolutely loves the snow, and he appreciates that the roads are plowed so well as he “had to dig out 14 inches of snow from our door to the driveway, then from my car to the road!”

When not building impressive snow sculptures, Huynh can be found on Instagram eating his way through Seattle.