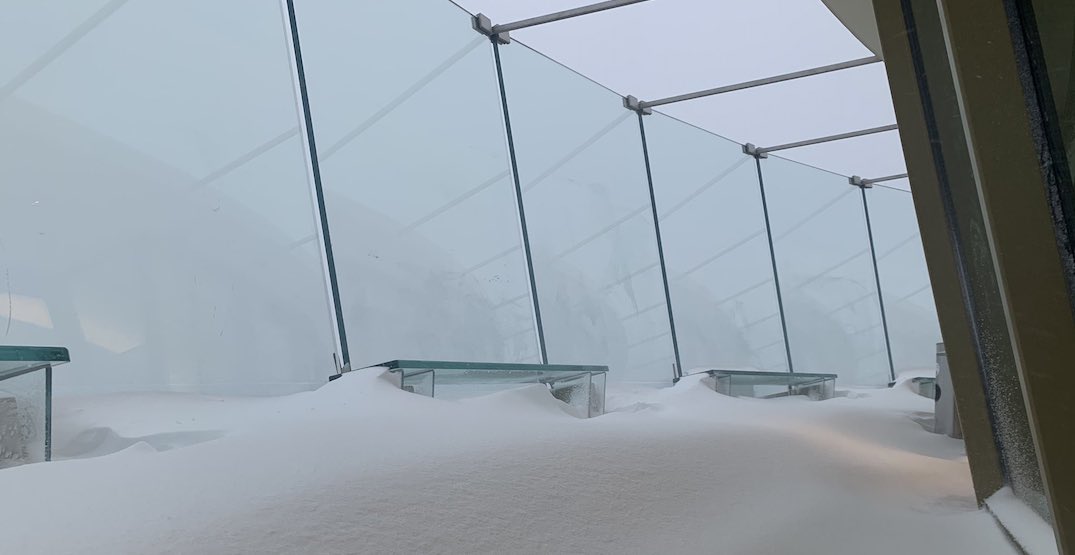 The Space Needle is known for many things: being 605 feet tall, being a landmark of the Seattle skyline, and now, for being a pain to clear snow off of.

With the tower being over 600 feet above the city, removing snow off of the observation deck posed a challenge.

Staff at the Space Needle ended up using shovels and rolling bins to load the snow into the elevators. The snow then took a ride down the needle, and it was discarded outside.

How do you remove Seattle’s most epic snowdrifts from over 500′ above the city? With shovels, rolling bins, and elevators! We’re preparing for a 12:30pm opening today ❄️ #wawx #seattlesnow pic.twitter.com/qSMWbUz0Pa