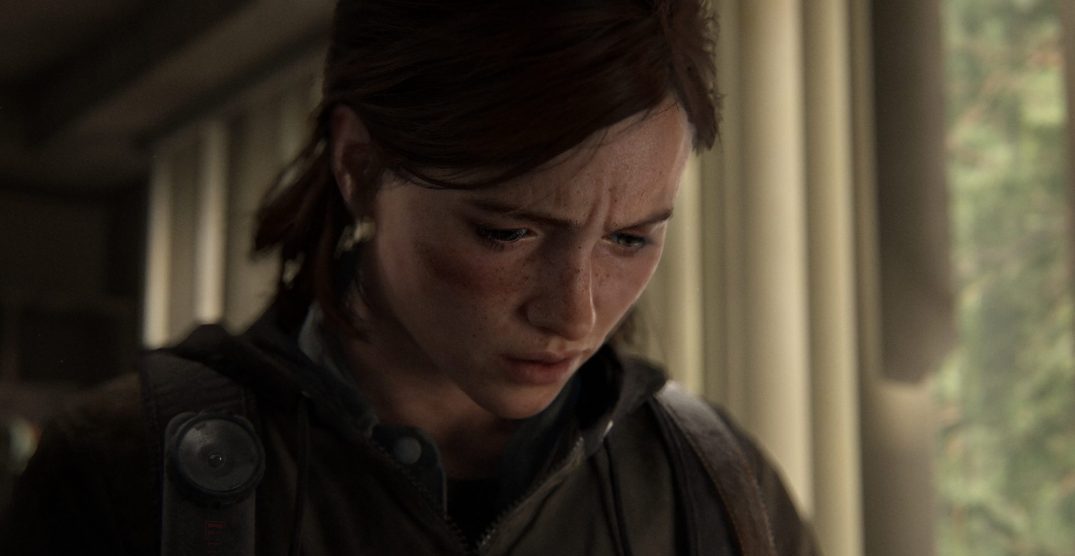 Naughty Dog continues their exemplary storytelling with real-world implications in The Last of Us Part II.

While the world is glued to games that provide either intoxicating open-world gameplay, or short-term quick-hit fixes, the developers behind early PlayStation iconic franchise Crash Bandicoot, and the adventure-shooter franchise Uncharted, follow up their hit 2013 post-apocalyptic horror-stealth game The Last of Us with their long-awaited sequel.

The game takes place after the events of the first, beginning in a small community called New Jackson, in Wyoming. Events that take place within the first few hours of play send both new and old characters reeling through a series of brutal and touching story beats.

Unlike Part I, The Last of Us Part II allows players to take control right out of the gate of franchise-center Ellie, who was unceremoniously adopted by the first game’s protagonist, Joel, as the pair traveled across the country with the hope of curing the world-altering pandemic.

Without spoiling anything, players will quickly feel the speed and intensity of The Last of Us Part II, as the plot almost immediately picks up close to an unbearable speed and doesn’t really let up throughout the entirety of the game. 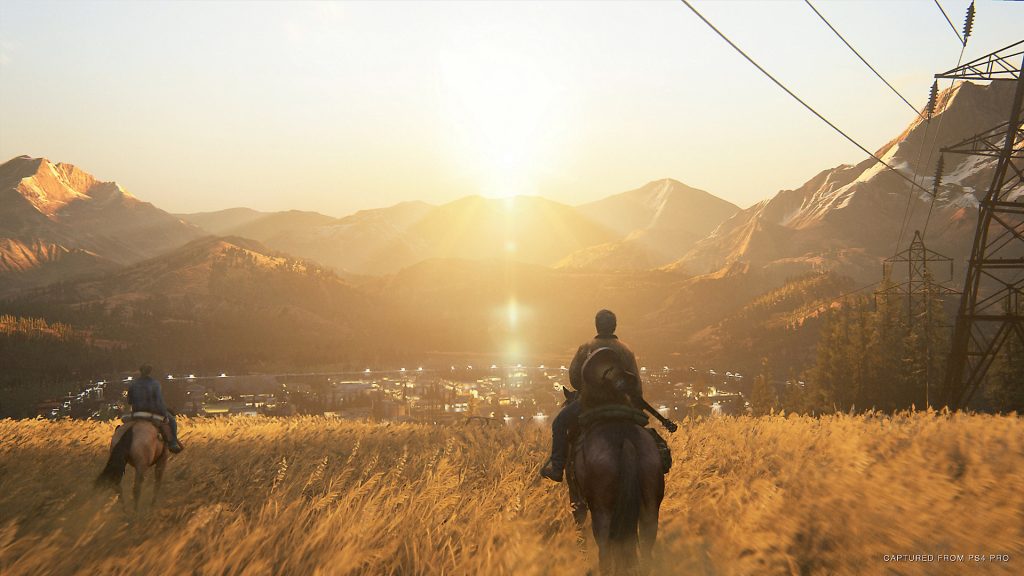 The set pieces are stunning. The Wyoming country-side is starkly contrasted by the dilapidated urban setting of Seattle; Washington. One features lush hills, barns, and plenty of quaint humanity to glimpse at, as an entire ecosystem and city are built by survivors, every bit of it feels lived in and detailed. The other, propped up by real-world landmarks, is one of the eeriest and most interestingly terrifying places to exist within.

Every minute detail, no matter the direction you look, lends itself to the world you’re in, the state of the people before and even after the outbreak, and contributes to telling the story. It is very easy to spend hours searching through abandoned and destroyed shops, reading notes left by survivors or victims, and hunting down clues to secrets spread amongst the rubble. 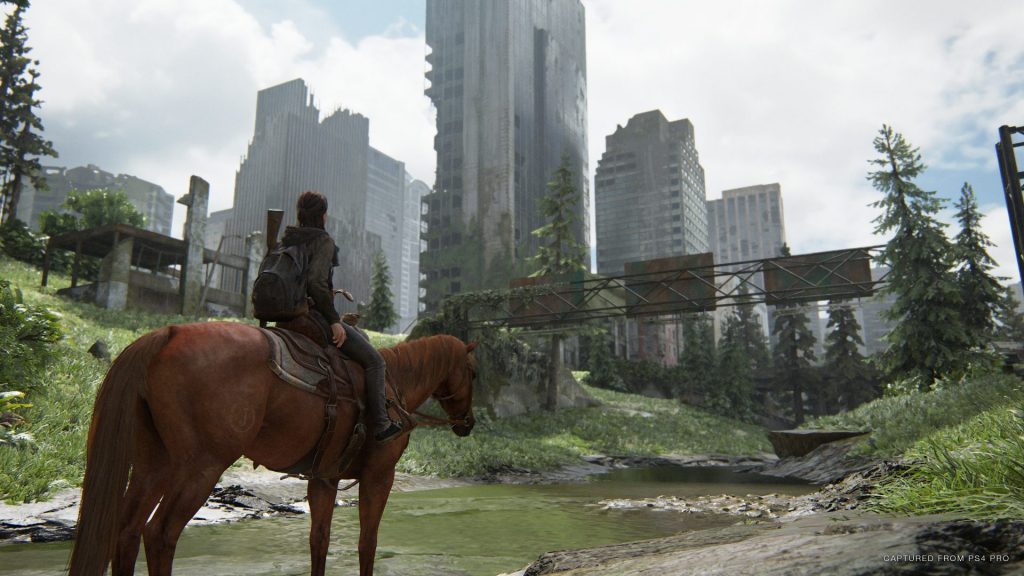 Focusing a lot of the game in Seattle was a magical decision. Small neighborhoods and districts feel very much like they used to be part of a bustling economy prior to the breakout. Those intimately familiar with the location in real life will find familiar locations around every corner.

Seattle’s towers and the downtown core are also chock-full of awe with every turn of the camera. By a wide margin, the post-apocalypse version of the Pacific Northwest in the game is the greatest interpretation of a former metropolis in modern pop culture.

Director Neil Druckmann and his narrative team at Naughty Dog have been honing their storytelling chops for quite some time; those talents are on full display here. Not only does this franchise shirk the modern open-world formats and loot-box loving genres to deliver a linear experience, it makes a point of it. 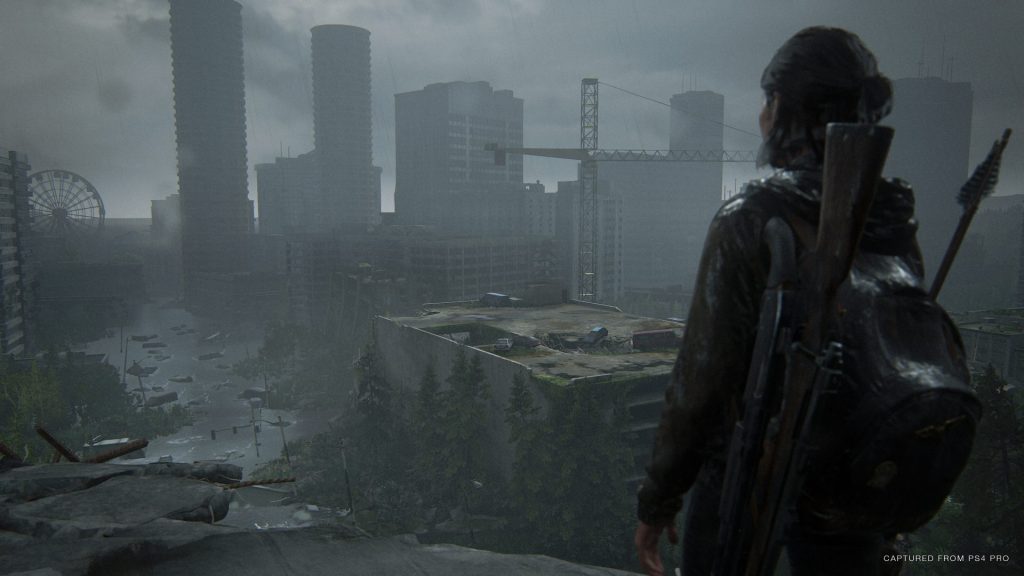 Many times I was locked off from going back to explore areas for the sake of forwarding the story. While this may sound unfortunate, it feels like the pruning and sharpening of intentional momentum. With the weight of a thousand suns carried by this script, too much time to dilly-dally could dull the impact.

All of this goes to show that there is a place for linear single-player story-focused games like The Last of Us Part II, and it is used masterfully here. As simple as can be put, the linear nature of the game is the biggest reason why this game is able to provide such a hard-hitting, gruesome, and emotionally gut-wrenching tale.

Touching on subjects like love, systemic racism, transphobia, religion, heartbreak, revenge, and most of all inner-demons, The Last of Us Part II is a constant barrage of feelings from start to finish.

Even parts of the story not told directly, but experienced through flashbacks or other characters, simply build a further strength into the foundation of this story. 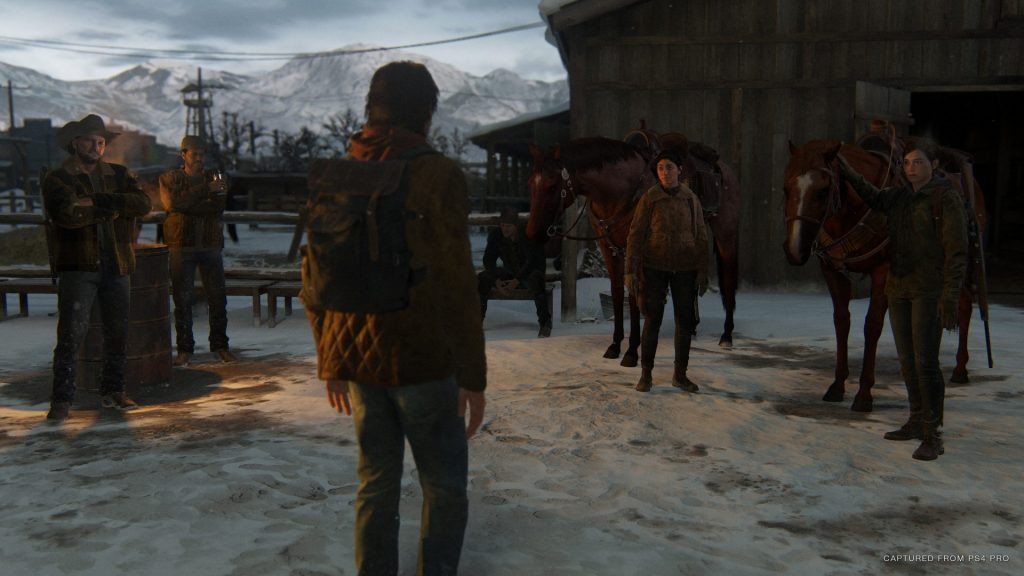 The gameplay in TLOUII doesn’t differ much from the established stealth, craft, combat, and exploration systems designed for the first title. In fact, everything is there, just a little bit more thoughtful.

Thanks to dynamically wonderful sets, and meticulously crafted environments, players can feel like it is up to them to combat challenges in multiple different ways throughout their experience.

On numerous occasions, it seemed that the best plan would be to study the movement and patterns of these enemies in order to completely sneak by them without a stir, and progress to the next section of the adventure. This does come to a stand-still on a few points during the entire game, where you’re forced to play through a shooting gallery of foes, which culminates into the least entertaining and some of the most unimportant beats of the game.

Ultimately, The Last of Us Part II shines in its bleakness. 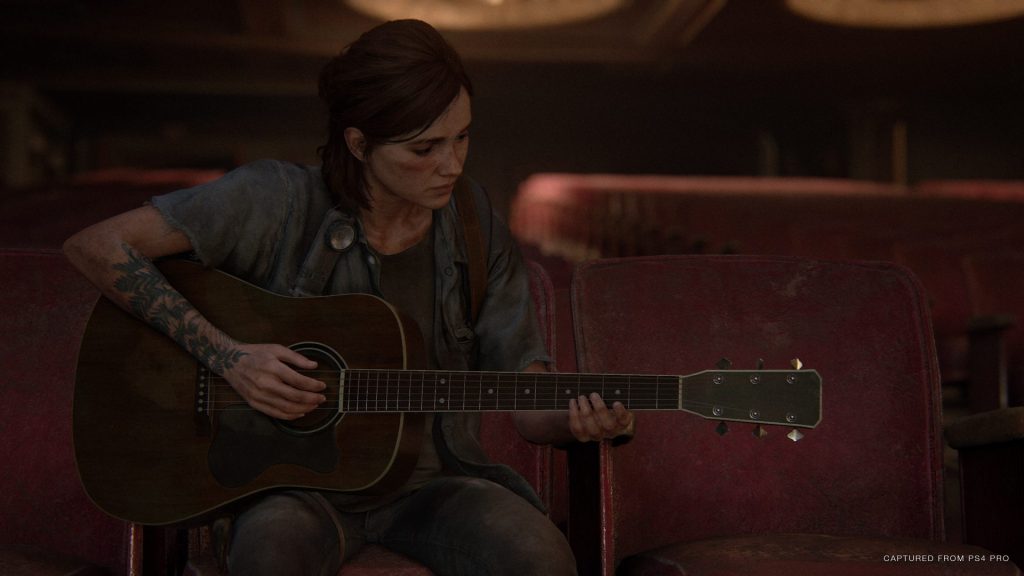 Naughty Dog brings a lot of hard-hitting emotion to the table in this sequel, forcing players to experience a take on the world’s brutality, the harm of ignorance, the scariness of blind devotion, and the unruliness of love, lifts The Last of Us Part II beyond the current age of storytelling in video games.

This team may be one of the strongest tale-tellers in entertainment media today, completely and astonishingly elevated by the prowess of the voice cast.

Even though this game releases to the public only a few months away from the launch of the next generation of gaming consoles — Sony just revealed the PlayStation 5 on Thursday — the technology allows for such emotional faces, responses, and unbelievably realistic atmospheres.

It’s utterly exhilarating from the start.

The Last of Us Part II