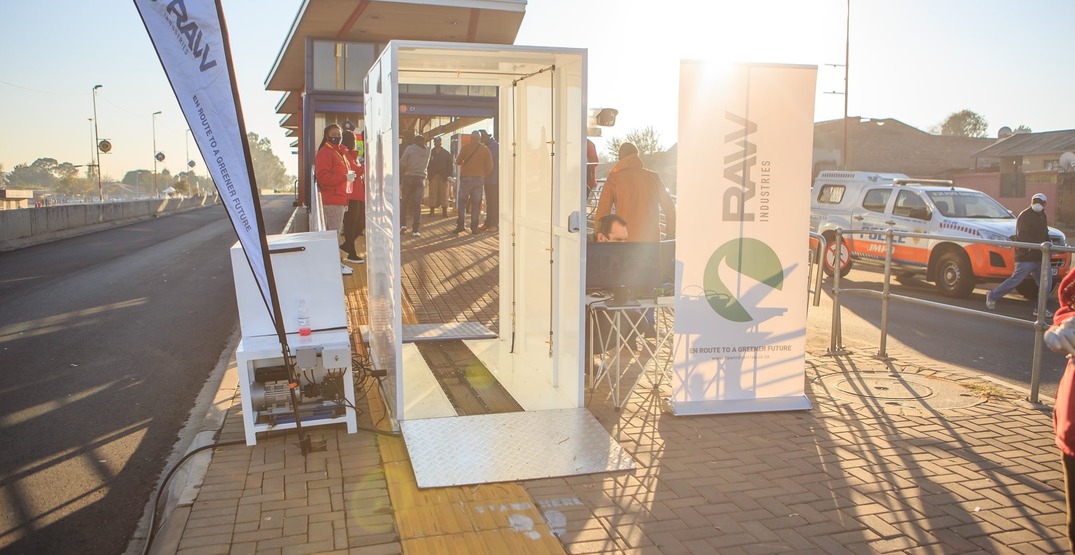 New “hygiene booths” have been implemented at two major commuter hubs in South Africa to disinfect passengers before they board transit vehicles.

Passengers will walk through the booth and be sprayed 360-degrees around with a disinfectant fog that “gently sanitizes personal belongings and outerwear” at the entryway of transport vehicles and buildings. Thermal imaging will also be used to help determine and isolate individuals who present high temperatures, the company’s Facebook page explains.

“Together, these products offer an invaluable first-line defense against the spread of viruses and bacteria and ensure the greater public health and safety en route to a greener future,” Real African Works states.

The booths had already been implemented at public transport hubs like Gautrain and the Bara Taxi Rank in Soweto in Johannesburg on May 4.

South Africa is not the only country that has utilized this full-body disinfectant approach.

Hong Kong International Airport is also testing similar devices. With its method, people have their temperature checked before entering the machine and proceed inside, where they are coated with an antimicrobial disinfectant that can kill viruses and bacteria on bodies and clothing using “nanoneedle technology.” The entire process only takes 40 seconds to complete.

The hygiene booths in South Africa will continue to be rolled out in other major public transport centers and areas as “an additional, complementary, and effective hygiene measure for commuters and passengers.”