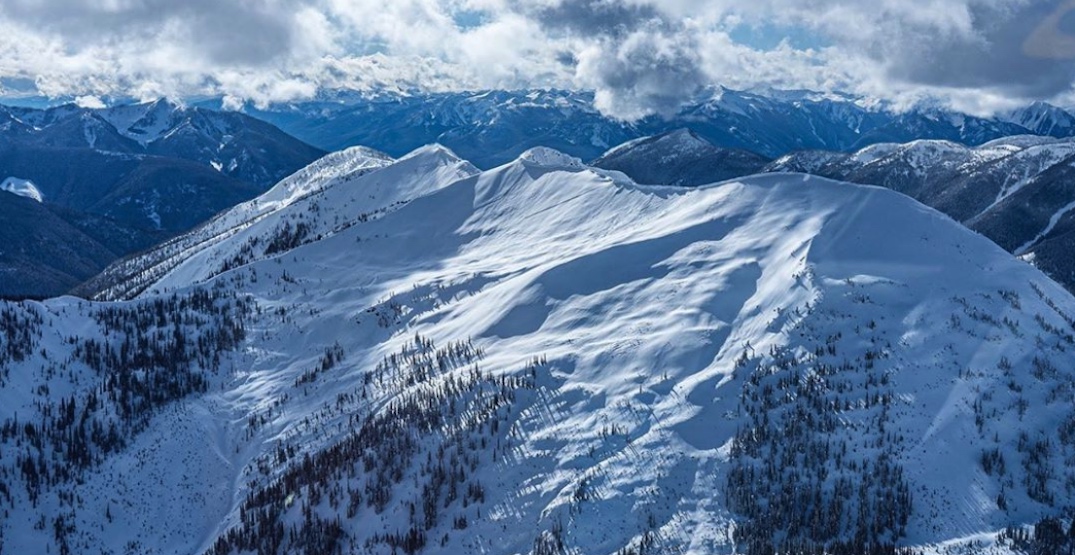 A proposal to build a new ski resort in the BC interior is in the very early stages of its design and application process.

The ski resort is eyed for both sides of London Ridge and Whitewater Ridge, a 12,000-acre area — larger than Whistler Blackcomb.

While this is a sizeable area, the resort’s focus is on becoming a backcountry-oriented destination, with 85% of the usable terrain (4,500 hectares) being backcountry and the remaining 15% as directly lift-serviced. The lifts are estimated to cost $22 million.

There is a huge vertical; the parking lot is at an elevation of 2,800 ft, and the Whitewater Peak is at 9,081 ft. Proponents say there is ample powder, with 720 inches of annual snowfall at the elevation of 6,000 ft.

During the summer, the destination will continue to operate with its extensive hiking and mountain bike trail network, ranging from short, accessible trails to full-day mountain excursions.

“If realized, this project will establish an all-season, backcountry-oriented mountain destination catering to dedicated local, regional, and international guests seeking an immersive mountain experience with world-class accommodation and amenities,” reads the EOI submission. 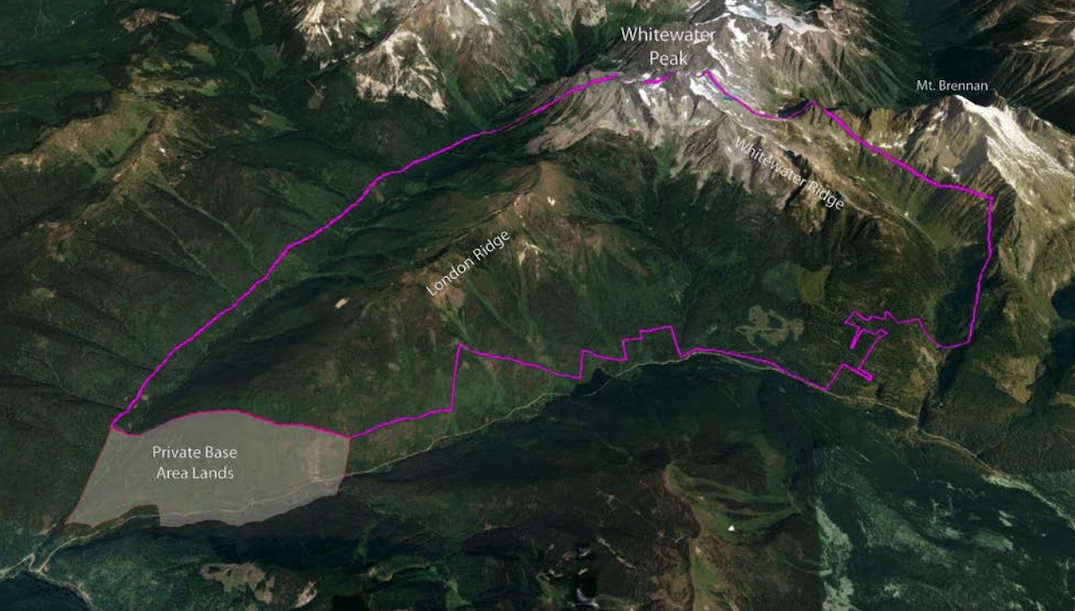 A “comprehensive,” pedestrian-oriented mountain village is envisioned for the base area, with all accommodation and skier services accessible by skiing. There will not be any large hotels or condominiums, as cabins and houses will be the primary type of private and public accommodation.

A village stroll will form the heart of this village, complete with restaurants, retail, a general store, and a range of supporting services. Vehicle access will be limited to the edge of the village, providing visitors with access from Highway 31A.

Apart from a 24-bed lodge in the backcountry, all of this development is on private land.

Zincton is aiming to be powered by local in-river hydropower and high-elevation solar panels.

It typically takes many years, sometimes decades, for proposed ski resorts to pass through all of the various application, consultation, and review steps.

The EOI is the first of three steps of the all-season resort development application process, which concludes with the approval of a master plan and a master development agreement with the BC government.

But given the focus on backcountry and the relatively limited commercial development, which proponents say will result in a minimal environmental footprint, this proposal could potentially see a swifter review process, compared to the glacial pace of Garibaldi at Squamish and Coquihalla Pass.

Earlier this year, after nearly 30 years of planning, the Jumbo Glacier Resort project near Invermere fell apart, after seeing its approved environmental assessment certificate expired. Construction progress stalled, and it faced numerous court challenges and First Nation opposition. A decision was ultimately made to turn it into a First Nations protected area.

In 2019, an application was submitted to expand Shames Mountain near Terrace. 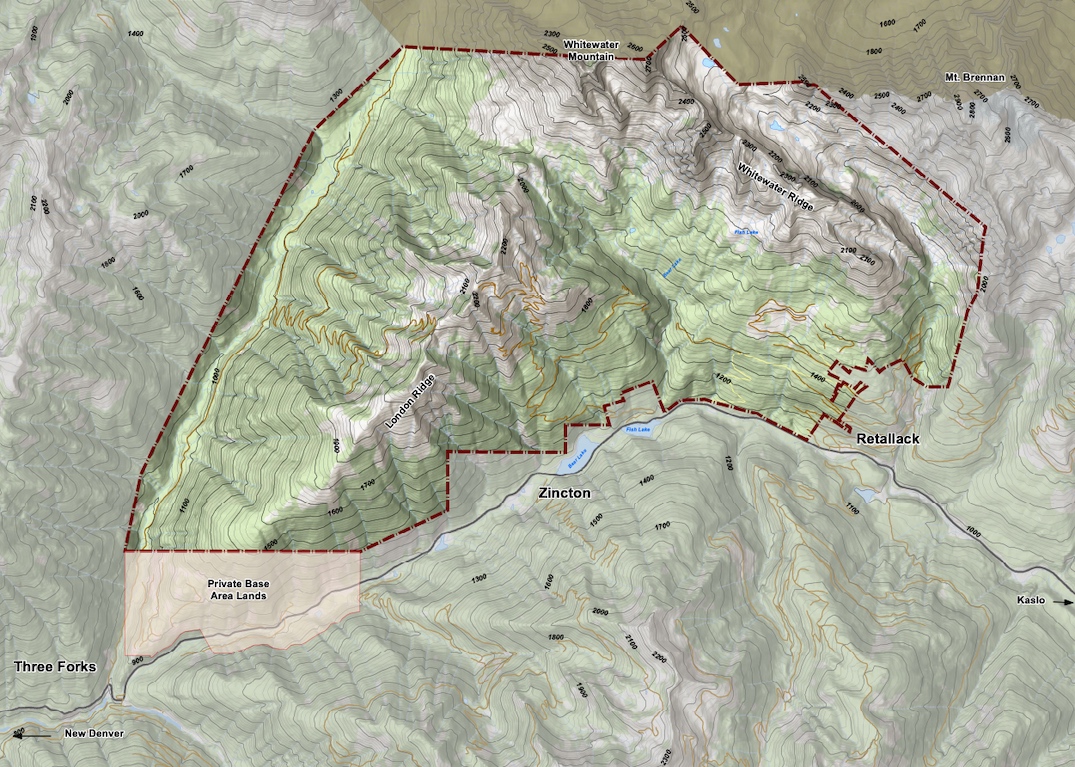 The proponents believe there is a demand for such a destination, given the recent exponential growth in the popularity of backcountry skiing and ski touring, improvements to backcountry ski technology, falling equipment prices, increasing lift ticket prices, and the increasing desire to “get away from crowded traditional resorts.”

According to a March 2020 submission to New Denver’s municipal government, if Zincton is approved it will take eight years to build all phases. It would become the first brand new major ski resort in BC in almost half a century.

The construction period will generate 150 jobs and a local economic spinoff of $320 million.

Upon opening, the ski resort’s operations will create 196 direct jobs and 98 indirect jobs, plus about 70 jobs for lift operations, and another 70 jobs from independent village businesses. The estimated annual economic impact after opening is $20 million.

The proponents say the area was the world’s birthplace of aerial lift-assisted skiing, which did not exist in Europe until after the Second World War. Cat skiing and heliskiing were also both started near Zincton.

In the 1890s, two railways and 29 gondolas were built nearby to support high-elevation mining operations for silver and gold.