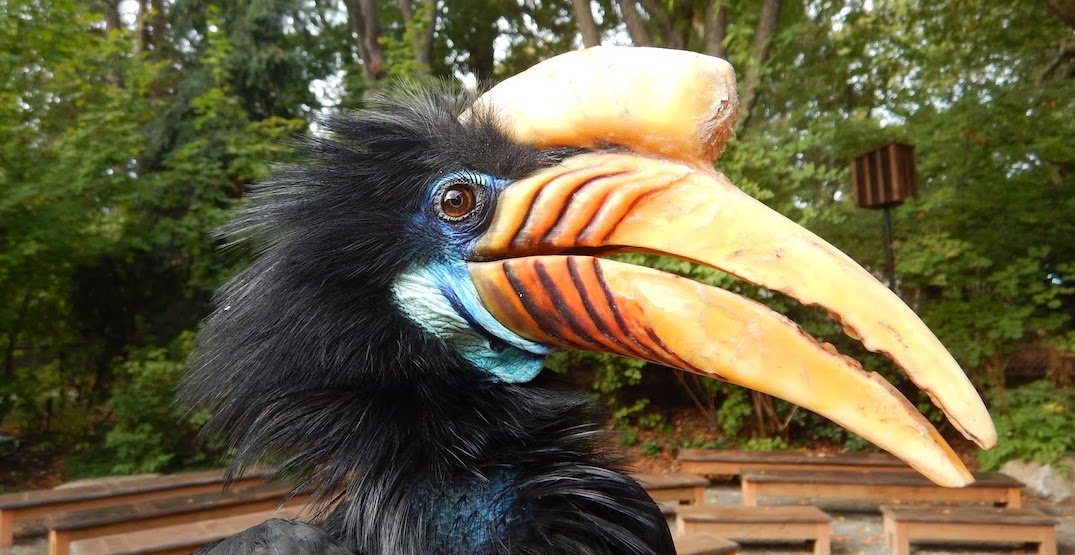 The Woodland Park Zoo’s beloved female knobbed hornbill, Blueberry, has passed away at the age of 22.

Blueberry is considered to have been a geriatric bird suffering from chronic advanced liver disease, and other age-related concerns, and had been intensively treated and monitored for liver disease, anemia, and low iron levels over the last few years. She was even prescribed a physical rehabilitation plan to maintain muscle strength as she aged.

The knobbed hornbill was hatched at the zoo in May 1997 and became one of the zoo’s ambassador animals in 2015.

“Blueberry thrived on human attention and people naturally gravitated toward her because of her beauty and charisma,” said Rachel Salant, curator of ambassador animals at Woodland Park Zoo in a press release. “She loved being surrounded by crowds at zoo fundraisers and programs, and relished the attention of cameras pointed at her. Anyone who met Blueberry was charmed by her. This is a very sad time for us and we’re going to deeply miss this beautiful bird.” 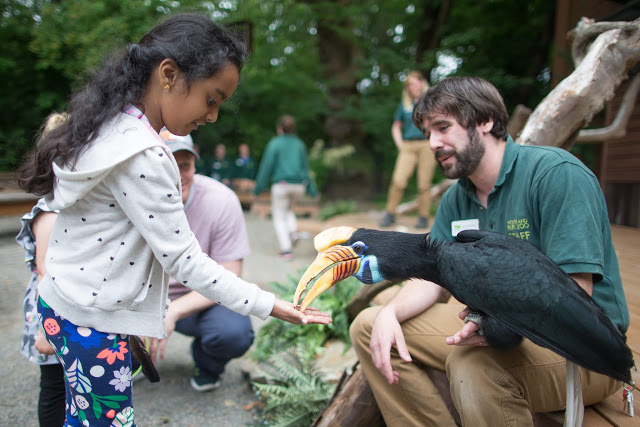 As an ambassador animal, Blueberry frequented community events and schools, participated in up-close experiences at the zoo, and made various television and radio appearances.

“Blueberry was mischievous and smart, but also snuggly and up for just hanging out,” said Regina Smith, Blueberry’s primary animal keeper since 2017. 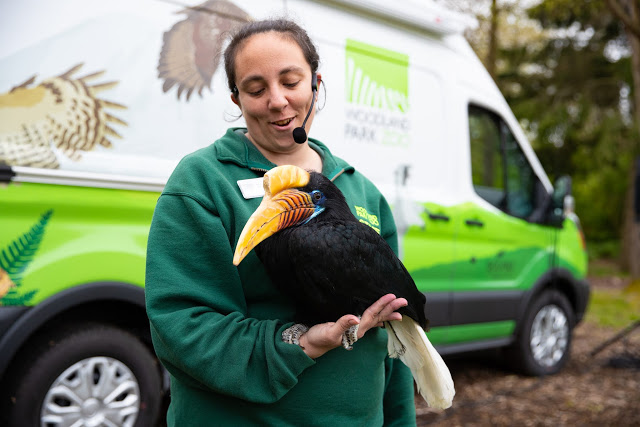 According to the Woodland Park Zoo, knobbed hornbills are uncommon in zoos, with only about 23 in zoos worldwide. They are found in Asian tropical forests, Africa, and India in varying habitats. The spectacular birds are native to the Indonesian islands of Sulawesi, Lembeh, Togian, Muna, and Buton, and can be spotted easily due to their distinctive facial colors and markings.

While hornbills are omnivorous – their diets mainly consist of fruits and figs – they are important for seed dispersal in their habitats. A vulnerable species, the primary threat of knobbed hornbills is habitat destruction due to logging.

You can learn more about the Woodland Park Zoo’s hornbill conservation efforts here.