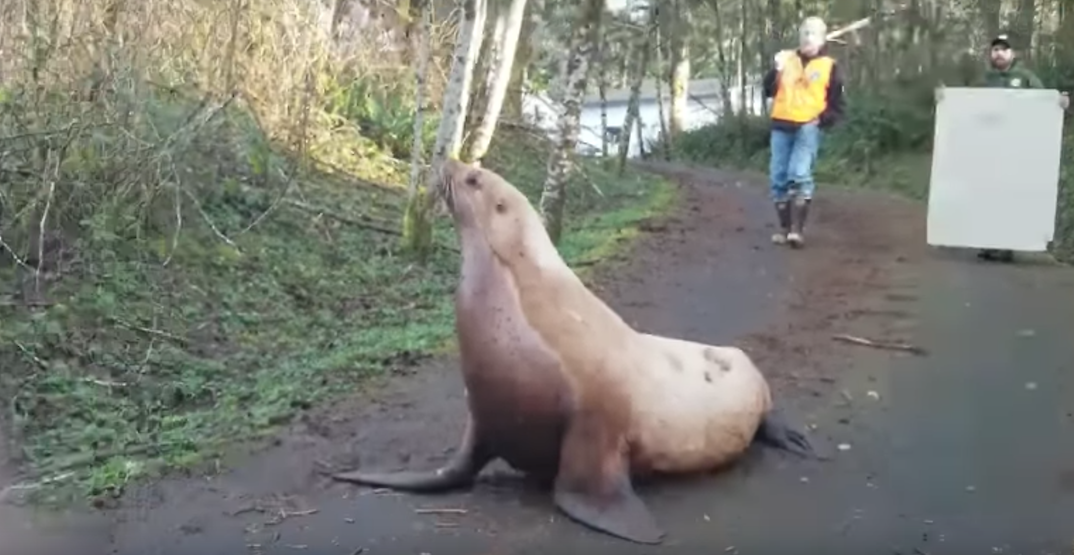 It’s not every day that you come across a hiking sea lion, but this past Sunday, folks in Cowlitz County, Washington, saw exactly that.

On Sunday, February 23, the Cowlitz County Sheriff’s Office received a report of a sea lion on the road. The animal was reportedly waddling along Garlock Road, just outside of Castle Rock, Washington.

Once the peculiar report was confirmed, deputies, the Humane Society, and Cowlitz County Public Works staff were on scene for a couple of hours until the Department of Fish and Wildlife were able to respond with a trailer and staff.

According to a Facebook post by the Cowlitz County Sheriff’s Office, it is believed that the sea lion reached the area after traveling up Delameter Creek from the Cowlitz River. Google Maps shows that Garlock Road is around a five-minute walk for humans, and probably much more for a 600-pound sea lion.

Video footage shared by the Cowlitz County Sheriff’s Office shows the sea lion acting aggressively towards the humans who were making attempts to capture and contain the large animal. The sea lion was eventually cornered by wooden panels and backed into a transport trailer, where it was returned to the Columbia River.