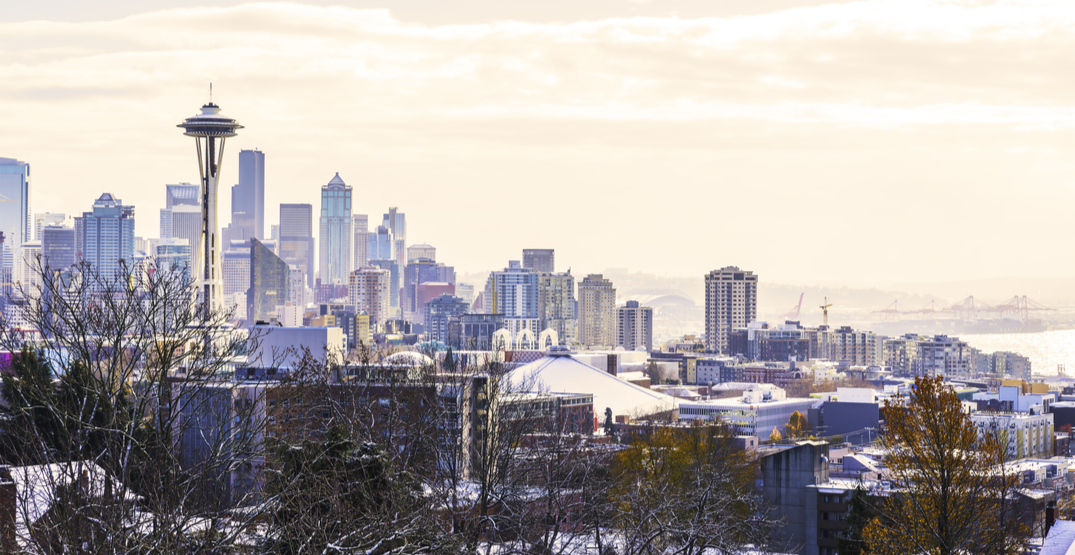 Two years ago, 2017, was the last time that Seattlites had a taste of snow over the holidays. And let’s face it, since then we’ve been craving the chilly powder that makes for a perfect white Christmas in Seattle.

According to US National Weather Service Warning Coordination Meteorologist, Reid Wolcott, there could be a chance of seeing snow on the ground on December 25.

“If we look out to Christmas Day, it’s cool enough where if it did rain or precipitate, some of it could be mixed with snow,” Walcott said to streamers in a Facebook Live Session.

The US National Weather Service offices typically predict the weather to about seven days, and sometimes even ten to fourteen. Wolcott explained that the further you go out the less confident they are about predictions.

“Even with snowfall, the forecast can only be confident a day or two, maybe three days in advance when you talk about the more complicated weather, like snow.”

He then added that his confidence in a snowy Seattle Christmas is very low, and would have to be a perfect mix of cold and rain, “the right place, right time.” Historically speaking, Seattle typically has a 5% chance of seeing at least an inch of snow on the ground on Christmas day.

According to the extended outlook of the weather service, Seattle will be facing drier and cooler temperatures than usual this year.

“With it being potentially cooler, any precipitation that we do see, we may see a dusting of snow. It’s too early to tell exactly what’s going on during the week of Christmas, but it is something that we are monitoring,” said Wolcott. 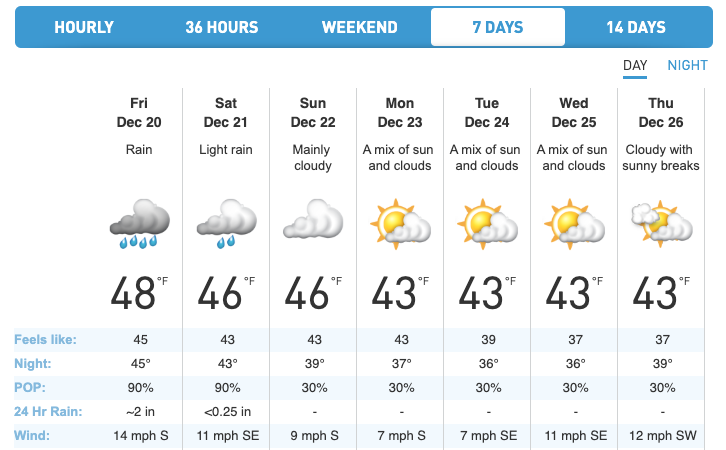 As the snowfall for Seattle this Christmas is not guaranteed, you could always visit the mountains for a 100% chance of snow.