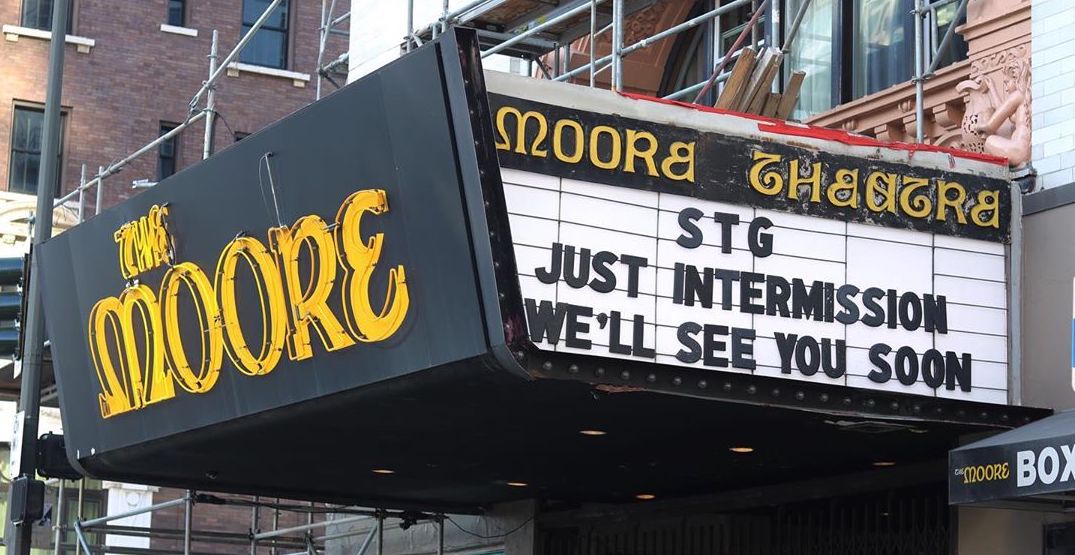 For a winning bid of over $14,000, you can gain access to a year of tickets to every single Seattle Theater Group (STG) show at The Paramount, Moore, and Neptune Theatres.

As part of their annual DOORS: Opening Doors to the Arts fundraiser, STG is auctioning off a golden ticket that grants the ticket holder and one guest admission to every STG show for the next year.

The ticket will be valid for over 700 performances once shows are up and running again, including Hamilton, Jim Gaffigan, Bill Nye, Hayley Williams, Ain’t Too Proud, and more.

The lucky ticket holder will be treated like a VIP all year, receiving access to the Paramount and Moore Club Lounges, as well as the Neptune’s expedited bar line.

If the package sells for over $25,000, the golden ticket holder will not have to be present at each show. Instead, they’ll be able to transfer tickets to friends, family, and clients.

If you’re interested in the Golden Ticket pass but don’t have the five-figure budget, check out some of the other great options up for bidding such as an escape to Mexico, a private movie screening at the Neptune Theatre, or even a night of dumpling making with Chefs Tom Douglas and Eric Tanaka.

All available packages can be viewed online at stg2020.ggo.bid.