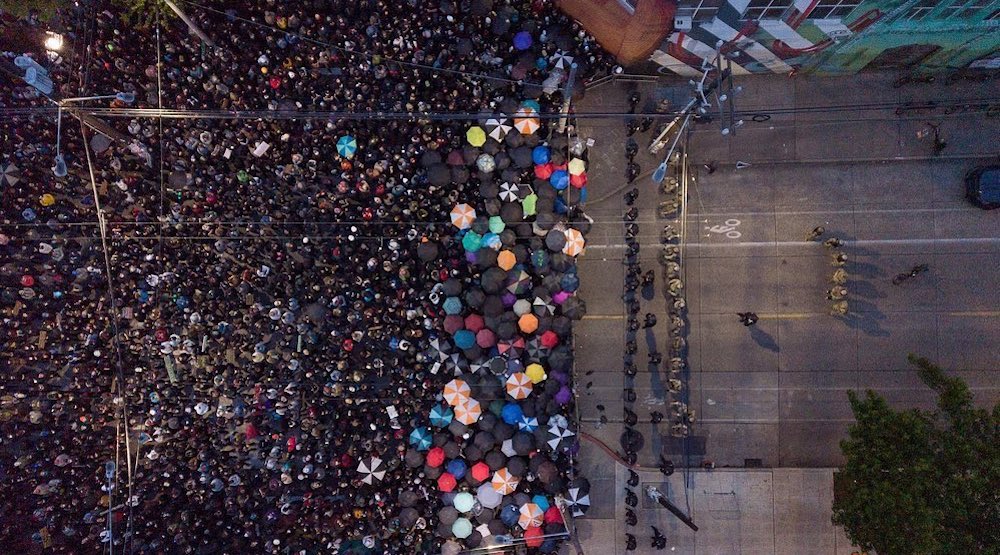 In a news conference Friday, Seattle Police Chief Carmen Best announced the ban of tear gas in Seattle protests for the next 30 days.

“Today I issued the order to suspend the use of CS – what other people may call tear gas – for crowd-management purposes,” said Best.

Officials will be using the next month to review crowd-control policies used by police.

The decision comes after all three of Seattle’s police oversight agencies – the Community Police Commission (CPC), Office of Police Accountability (OPA), and the Office of the Inspector General (OIG) – recommended that the Seattle Police Department stop using tear gas. They are expected to come back with recommendations, “and ultimately it will be the federal court that decides” if tear gas will be permanently banned, said Seattle Mayor Durkan.

While the OIC reviews numerous officer complaints, Best revealed that she will “speak out and support the officers who are doing the right thing” while condemning and holding accountable “officers who abuse their power.”

Durkan also announced towards the end of the conference that she is ready to have the police turn on their body cams as soon as it’s recommended by the three oversight agencies.