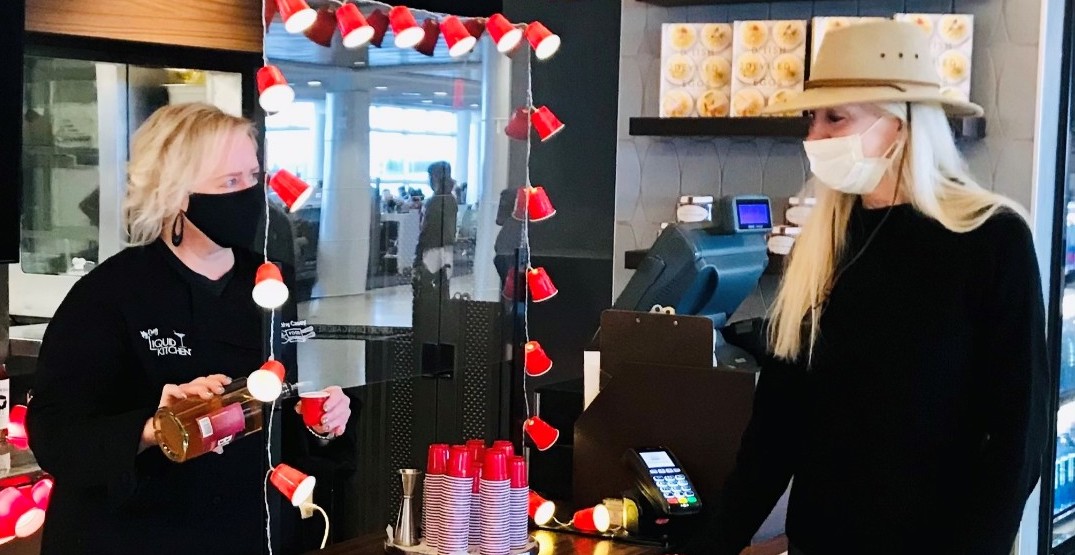 The bar, one that literally specializes in two-ounce shots served in mini red solo cups, is the first concept like this to open at a US airport. It was brought to Concourse B by celebrity chef and mixologist Kathy Casey.

Shots! Shots! Shots! That’s right, SHOT BAR is officially open at Rel’Lish Burger Lounge at Seattle-Tacoma International Airport, Located on Concourse B. Just Order, Shoot Your Shot and Go! SHOT BAR is the first concept like this to open at a U.S. airport.🥤 @flySEA #WORTHASHOT pic.twitter.com/S0445xHJK6

Those visiting the bar can choose from a menu of chilled spirits including Hornitos Crystalino Tequila, Ketel One Botanical Cucumber, Skrewball Peanut Butter Whiskey, and Heritage Brown Sugar Bourbon.

The Shot Bar is located within Rel’Lish Burger Lounge and is only available for those aged 21+.