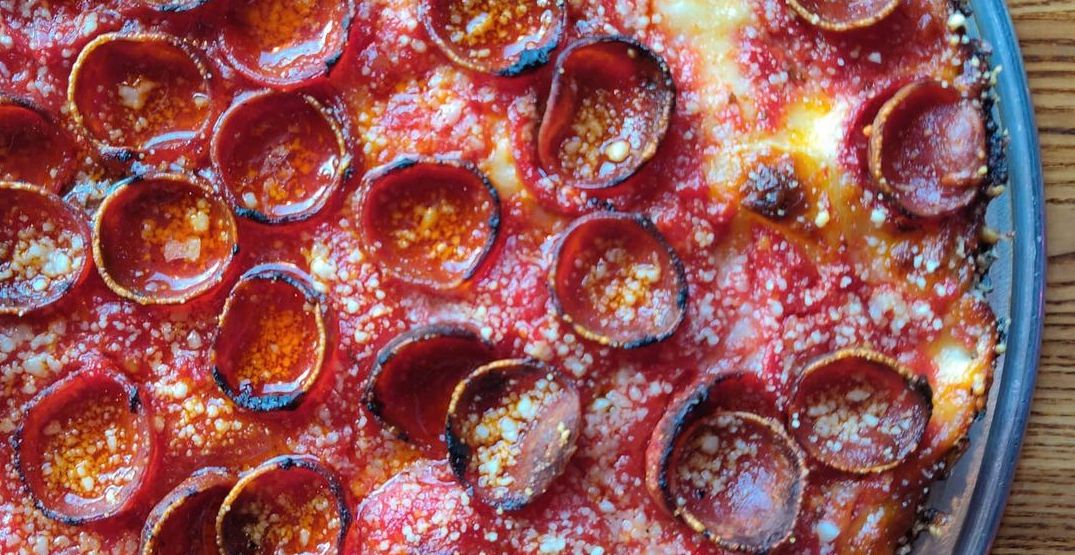 After the year we’ve all had, nothing surprises us anymore. At least, that’s what we thought before the official Twitter account of New Jersey started making fun of one of Seattle’s most-loved pizza spots.

Yes, you read that right: the Twitterverse is currently coming after Seattle’s Breezy Town Pizza for not reaching the standards they’re used to.

He included an image of the pizza, which is where things went awry.

“Windy City pizza in Seattle has changed my life” pic.twitter.com/77ol1SU25s

no offense but that shit is burnt and you should demand ur money back. pizza ain’t supposed to look like that, black & red.

Others commented on the pepperoni.

I’m a human and have eaten food for many years. That pepperoni looks like it was pulled out of fucking Chernobyl.

this is not pizza this is a cry for help https://t.co/V2svwmNLmC

The reactions got so heated that Breezy Town Pizza made a thread addressing the most common reactions. Here’s what they had to say:

• It’s the Maillard browning reaction. Before you say “it’s not brown!, it’s black!.” Well, so is a good beef brisket, a perfectly crusted smash burger, the socarrat of a good paella, etc. If you’ve had Detroit-style pizza or Pequod’s pizza, our cheese edge looks normal.

You will see the same thing on a Prince St Pizza or any Detroit pepperoni slice. If you ordered pepperoni and are upset that it’s greasy, you might want to re-evaluate what you’re ordering. Fat is flavor. Pizza isn’t a low-fat food.

3. “That’s not Chicago-style pizza! This (inserts photo here) is! And I know, because I lived-in Chicago or my dad was the Empire carpet guy and/or Eagle Man or I was at O’Hare once.”

The pizza restaurant even responded to New Jersey, saying: “We see you trying to gatekeep pizza, so we made a riff on carbonara to upset Italian grandmothers.”

Hey @NJGov, we see you trying to gatekeep pizza, so we made a riff on carbonara to upset Italian grandmothers.

The Twitter account of New Jersey has not yet responded to the tweet, so we call that a win for Breezy Town Pizza in our books.

For the record, we’d like to disagree with New Jersey and the Breezy Town haters. Their pizza is delicious, and you should really consider ordering some for dinner tonight and then joining in on the debate.