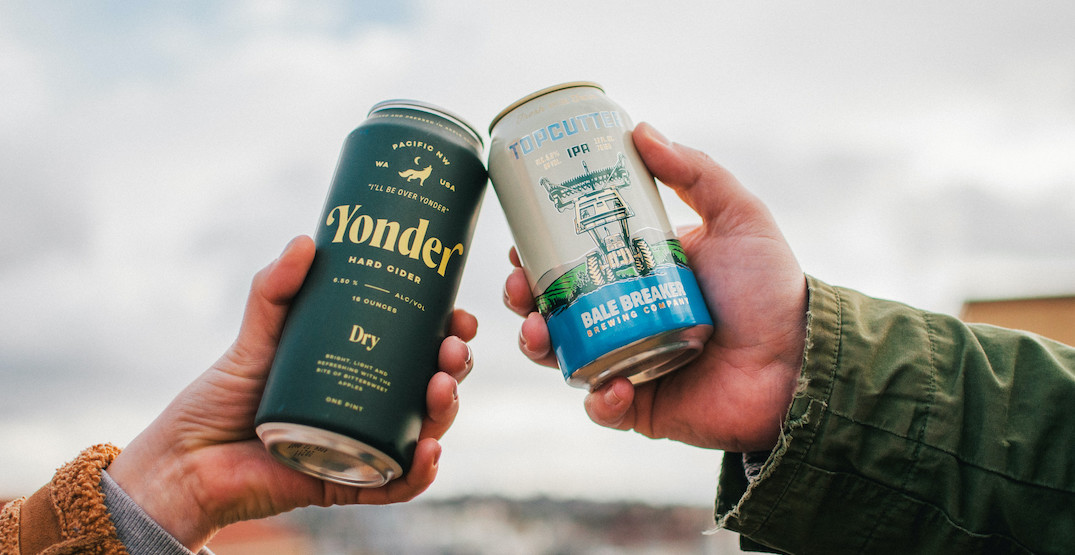 If you’re a beer lover but your friends are more into cider, you’ll love the Bale Breaker and Yonder Cider taproom opening in the heart of Seattle’s Ballard Brewery District this summer.

The taproom will be the first expansion of Bale Breaker west of the Cascades, and the best place to enjoy Yonder Cider as their garage shop closed down earlier this month.

Housed in the former Populuxe Brewing location, the taproom will feature 20 taps of Washington-made beer and cider and a rotating selection of food trucks and specialty releases.

“Because our beer focuses on showcasing the best of our homegrown ingredients, partnering with Yonder Cider was an easy decision,” said Meghann Quinn, co-founder of Bale Breaker, in a press release. “We’ll bring the hops from Yakima, they’ll bring the apples from Wenatchee, and we’ll showcase the best of the east side of Washington to those on the west.”

To work around the fact that Washington state does not allow cideries and breweries to share tasting rooms, the founders of Yonder and Bale Breaker have decided to start a distillery together. The distillery will act as a research and development for spirits produced using products from the two brands, allowing for both ciders and beers to be enjoyed in the taproom.

More details about the new location will be announced closer to the opening.