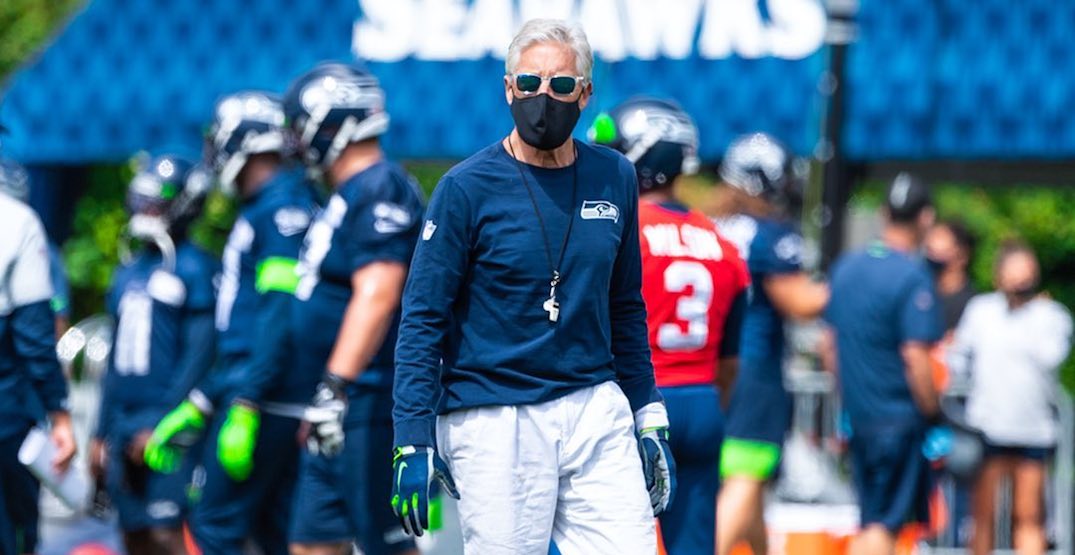 Seattle Seahawks rookie cornerback Kemah Siverand has been cut from the team for attempting to sneak a female into a team hotel.

According to the NFL Network’s Tom Pelissero, the woman wore Seahawks gear in an attempt to disguise herself as a player. Needless to say, it did not work.

The #Seahawks cut rookie CB Kemah Siverand this week after he was caught on video trying to sneak a female visitor into the team hotel, per sources.

Clear message on the responsibility everyone has in the NFL’s COVID-19 world: Put the team at risk, suffer the consequences.

Siverand’s attempt to welcome a visitor into the team hotel violated team rules and potentially jeopardized the health of the rest of the Seahawks’ players, coaches, and staff.

“Even in a regular, non-pandemic camp setting, players are usually forbidden from welcoming visitors to team hotels or dorms,” NFL.com reports. During the Rams’ 2016 training camp, former Maryland receiver Deon Long was cut for a similar incident.