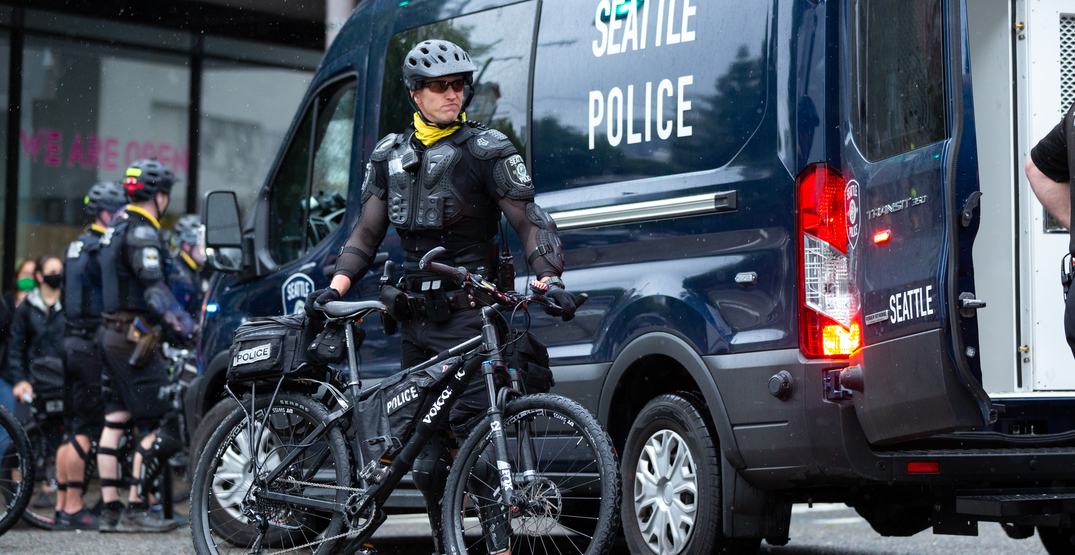 In a video captured during protests in Seattle Wednesday night, a police officer is seen riding his bicycle over the head of an injured man.

The police at the #seattleprotests just ran over an injured mans head with their bikes. @SeattlePD is this how you train your officers? pic.twitter.com/c4e146tsmi

In footage from a few minutes before, a man is seen trying to help the fallen man before being yelled at by an officer saying “get back, get out of the street.”

To everyone saying “Oh, he payed down as they rode up” No. here he is 5 minutes before when someone tried to render aid and the police screamed at them to get back, while doing nothing to help. Push your false narrative elsewhere pic.twitter.com/Eu6MFR6cVY

The Seattle Police Department has responded to the video, stating that they are “aware of a video circulating on the internet that apparently shows an SPD bike officer’s bike rolling over the head of an individual laying in the street.”

The matter has since been referred to the Office of Police Accountability for further investigation.

The protests last night followed the decision made by prosecutors to not arrest the officers who opened fire on Breonna Taylor in March. The attorney general’s reasoning for the decision was that the police were justified in using force because they acted in self-defense. Only one officer was charged with three counts of wanton endangerment in the first degree for shooting into a neighbor’s apartment.

Louisville Mayor, Greg Fischer, released a statement reminding Americans that the “case is far from over.”

He mentioned that the FBI is still conducting its own investigation, which the Department of Justice will review to determine whether there was any violation of federal laws, including Civil Rights violations while the LMPD conducts a Professional Standards Unit investigation to determine if any policies and procedures were violated by officers involved in the case. The Chief of Police will use that report to determine if any officers need further training or discipline.