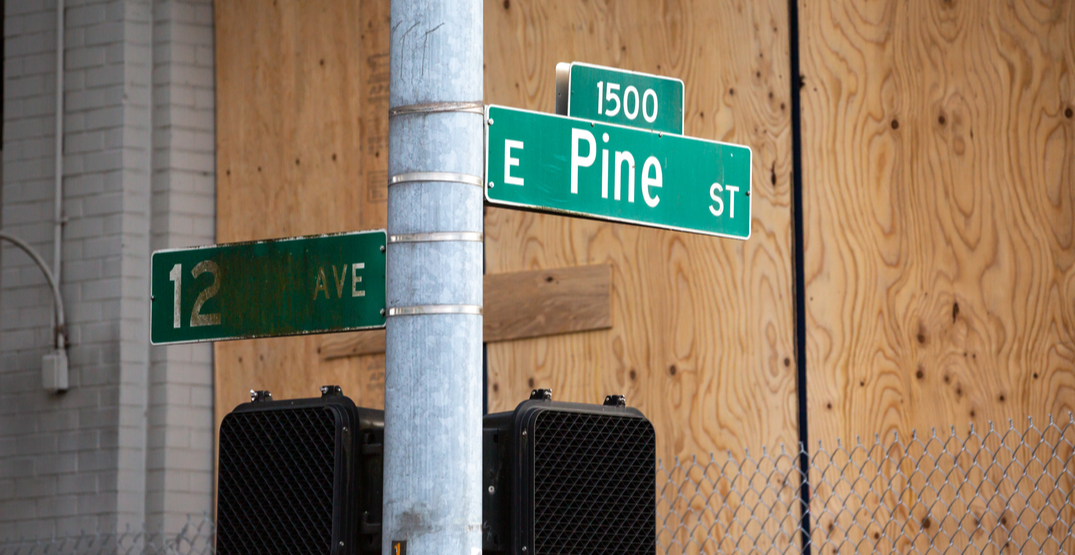 Four days after 19-year-old Alaska man Desmond David-Pitts attempted to set the Seattle Police Department’s East Precinct on fire, the department has added additional protection outside of the precinct.

Onlookers spotted construction crews early Friday morning adding concrete barriers to fencing that was previously in place. They report that residents had not been notified.

East Precinct is getting its own wall.
Pine is shut down between 11th and 12th.
Residents were not notified despite assurances from the city. #seattleprotests #seattleprotest #seattlepolice #defundSPD pic.twitter.com/JqeKBWOmOo

Looks like another layer of barricades being added to SPD’s East Precinct. #seattleprotestcomms pic.twitter.com/XhHTisu5aS

David-Pitts has since been federally charged with arson, which is punishable by a mandatory minimum five years and up to 20 years in prison.

According to the United States Department of Justice, David-Pitts had arrived in Seattle from Alaska just three days before Monday’s protest.

“After marching with the group in downtown Seattle, David-Pitts is seen on surveillance video piling up trash against the sally-port door at the Seattle Police East Precinct.  Over an eleven-minute period the surveillance video captures David-Pitts not only piling up the trash, but repeatedly lighting it on fire and feeding the flames with more trash.  While David-Pitts was lighting the fire, other people who appeared on the surveillance were attempting to use crowbars and cement-like materials to try to disable the door next to the sally-port to prevent officers from exiting the building.”

Despite efforts to disable the door, officers were able to get outside and extinguish the flames.