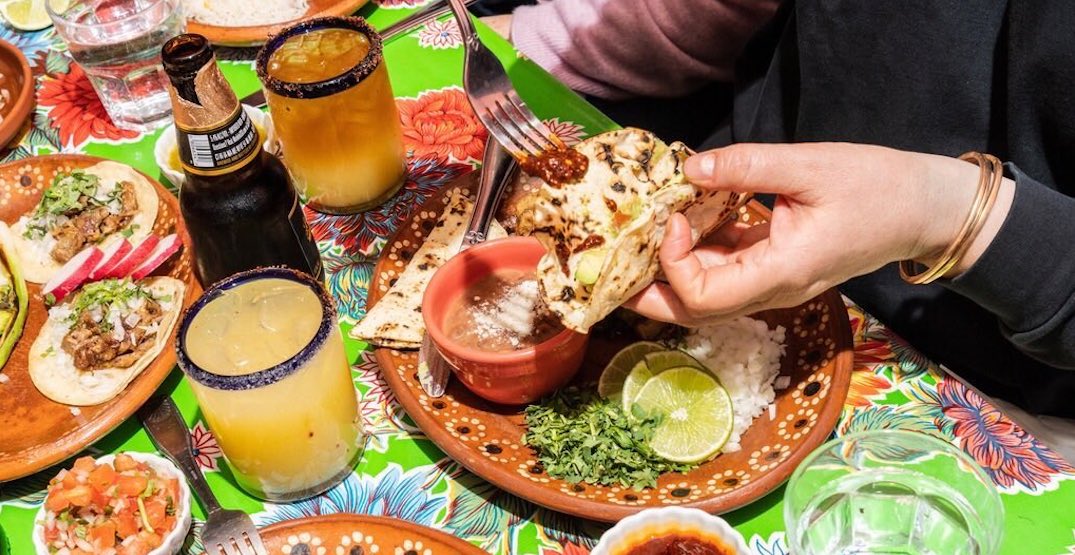 Cinco de Mayo is about way more than margaritas and tacos.

The date is celebrated to commemorate the Mexican Army’s victory over the French Empire at the Battle of Puebla, on May 5, 1862, under the leadership of General Ignacio Zaragoza.

If you are wanting to dine in a Mexican restaurant, however, here are some around Seattle where you can celebrate Cinco de Mayo:

Tacos Chukis was born when one recent UW grad didn’t know what to do with his life. After riding a bicycle 1,700 miles to his hometown of Tijuana, he was greeted by his family and one dish: tacos. It was then and there that he’d decided to bring a taqueria to Seattle. Since then, the spot has grown into four locations, each with the perfect tacos.

La Carta de Oaxaca serves up delicious Oaxacan food including ceviche, quesadillas, tacos and more. We love this spot for its tasty margaritas, too.

Of course, Rancho Bravo Tacos serves up tacos. While the $3 tacos are delicious, don’t skip out on the wet and cheesy burrito, bravo burrito, or rancho burrito, which are all stuffed to the max.

Formerly Señor Moose Cafe, we can assure you that El Moose’s dishes are some of the best. Our favorite time of day to stop by would have to be for lunch and brunch, from 11:30 to 3 pm.

A post shared by BARRIO on Capitol Hill (@barriocapitolhill)

Barrio serves modern Mexican food influenced by the northwest. We especially love their margaritas and have a hard time picking between the house margarita, blood orange margarita, and spicy margarita infused with ghost chilies.

Fogon is so delicious, and what we believe to be incredibly authentic. We love their shrimp in spicy tomato broth (cocktel de camarones), sopitos, and tortas made with lightly buttered and toasted local bread.

While we admit their website isn’t the most developed, we can assure you that their flavors certainly are. Enjoy over 20 kinds of tacos at this homegrown restaurant.