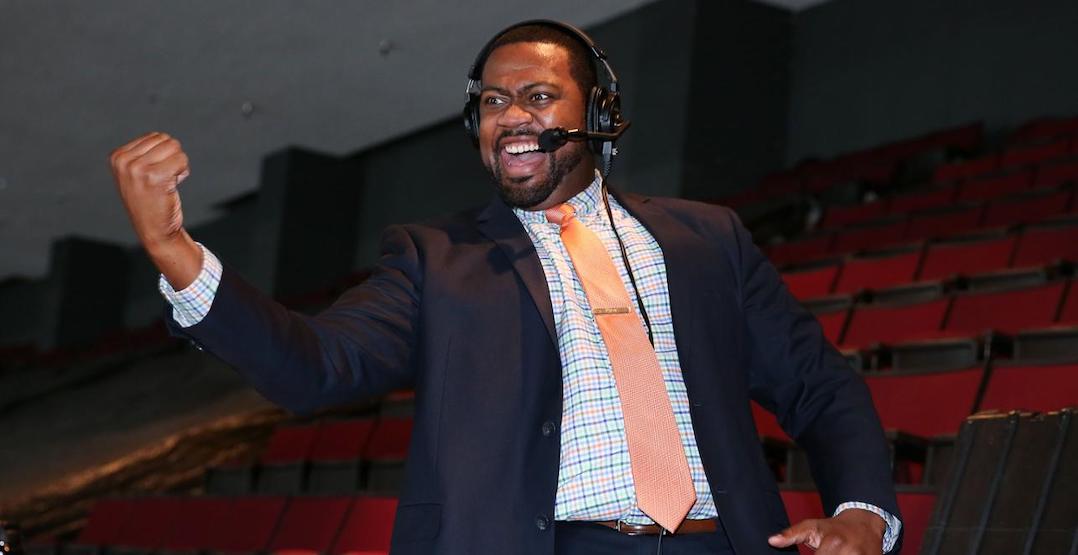 The team announced on Friday that their first play-by-play announcer for the 2021-22 season would be Everett Fitzhugh, who is “expected to be a major personality and voice for the team.”

After spending the last five seasons with the Cincinnati Cyclones of the East Coast Hockey League, Fitzhugh is now “living his dream to become an NHL broadcaster.” He told nhl.com that “attending his first game in person as a kid, he turned to his mother to say, ‘I want to be a hockey announcer.'”

“I want Kraken fans to know I share their passion for hockey and the inaugural season of this franchise,” said Fitzhugh in the interview, “I intend to be out in the community and meeting fans when the time is right. Until then, we will create other ways to reach out.”

Greco has worked previously with the Florida Marlins, Columbus Blue Jackets, Cleveland Cavaliers, World Wrestling Entertainment, and most recently at Madison Square Garden for the New York Knicks and New York Rangers. Buford comes to Seattle from previous roles with the Arizona Coyotes, St. Louis Blues, the Hershey (PA) Bears, as well as working in baseball, tennis, high school sports and boxing, along with non-sports events such as Ace Comic-Con.