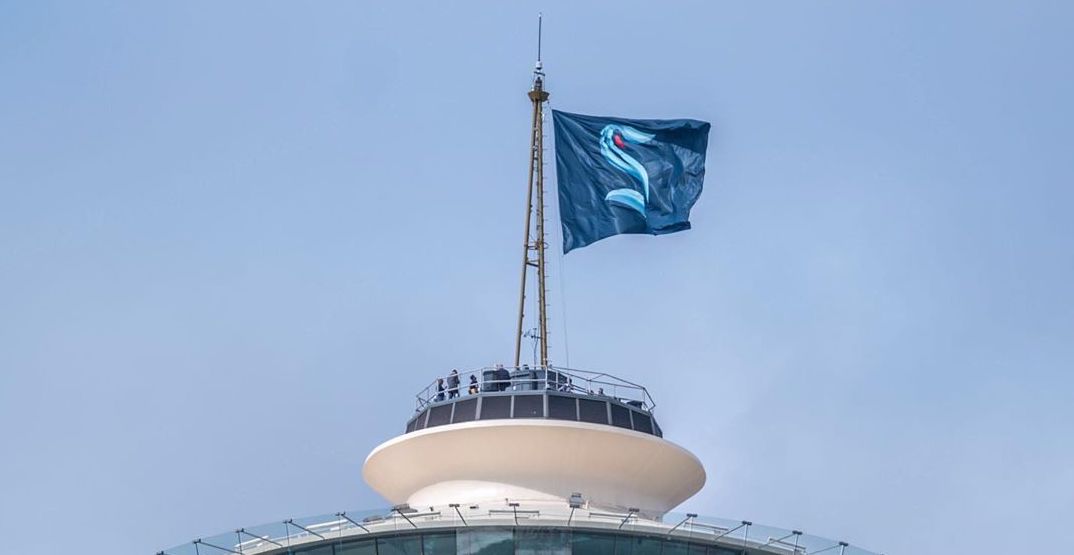 From France’s flag to a pride flag and one reminding Seattle that #WeGotThis, it seemed as though Seattle’s Space Needle had seen it all.

That is, until this morning when Mayor Jenny Durkan hoisted the Seattle Kraken flag to the top.

“A hell of a flag over the most beautiful city in the world!”

Here’s how the flag looks in all of its beauty: