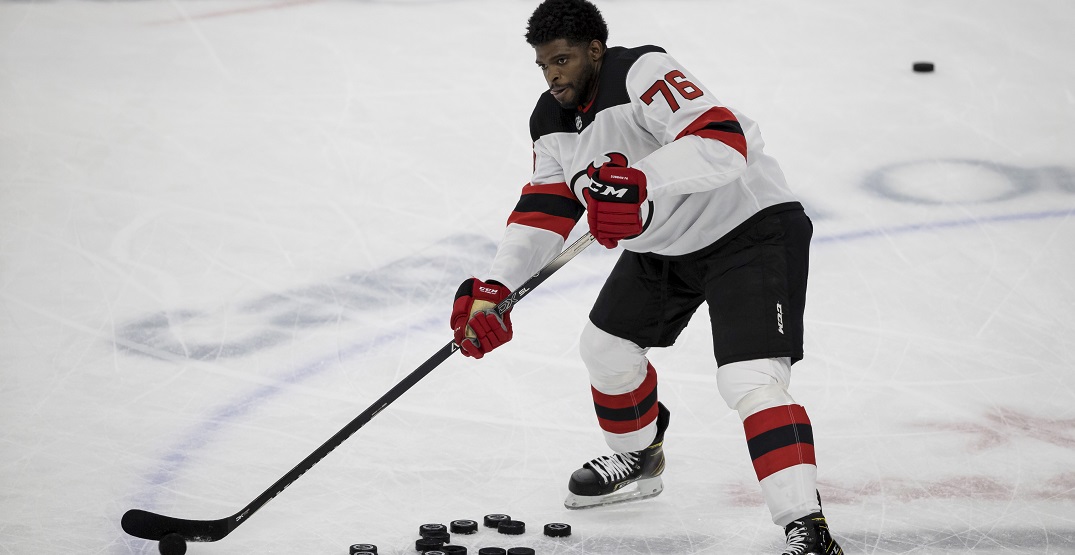 The Seattle Kraken’s expansion draft is just around the corner.

On Sunday morning, news came out about the NHL’s protection lists, with no shortage of star power available to the NHL’s newest team. (The full lists are available at NHL.com.)

Unprotected unrestricted free agents, like Washington’s Alex Ovechkin, aren’t included in the list below, since the chances of them being nabbed by Seattle are pretty low, as it doesn’t guarantee a contract with the team will be signed.

In no particular order, here are 15 of the biggest names left exposed for Seattle to potentially pick up:

Jeff Skinner hasn’t exactly panned out in Buffalo after signing a long-term deal. The one-time 40-goal scorer has seen his ice time drop rapidly over the last two seasons, even being a healthy scratch on several occasions throughout this year. It’s tough to see a Seattle expansion team with Skinner on it.

If Seattle is looking for a fun face to market the team to new fans, you couldn’t get a better option than P.K. Subban. The never-boring defenseman might have seen his best on-ice days behind him, but it seems like a slam dunk to bring one of the league’s biggest personalities to the Pacific Northwest.

Interestingly, Shea Weber was traded for P.K. Subban way back in 2016. Funny how things work out, but Weber’s exposure is reportedly tied to a lingering lower-body injury. It’s unlikely he actually goes to Seattle in the expansion draft, unless the Kraken know something we don’t.

Though he had quite a remarkable playoff run this year with Montreal, Carey Price is being exposed in the hopes that Montreal will be able to keep Jake Allen around. It’s unlikely Seattle bites on Price’s high salary, meaning the Canadiens can likely keep their goalie tandem together.

Sportsnet’s Ellliotte Friedman speculated last week that Jakub Voracek is likely on the outs from Philly one way or another. If not taken by Seattle, it appears the Flyers will soon be actively shopping the veteran forward.

James van Riemsdyk has been one of the NHL’s premier goal scorers over the last decade, but isn’t really worth the assets for Philadelphia to protect him. If Seattle does pick JVR, expect him to slot in on the team’s top line.

There will be no fairy-tale ending for Vladimir Tarasenko in St. Louis, despite winning the Stanley Cup with the team back in 2019. If not Seattle, it seems like Tarasenko is destined to be on the move after multiple reports have come out about a rift with management.

Gabe Landeskog is the lone UFA on this list, and with good reason. The Avalanche leaving their captain exposed and not re-signing him before the expansion draft is quite the surprising move. If Seattle is looking to pick up a UFA’s rights, Landeskog is the most highly coveted one available, with multiple teams reportedly in on the Swedish forward.

Like others on the list, based on talent alone, Ryan Johansen might be one of his team’s top eight players. But due to his high salary, Nashville is opting to leave his future up in the air.

On the flip side of the Johansen exposure, Matt Duchene is also unprotected. The move forces Nashville to either pick between the two high-priced centers, or leave both with the Predators.

One of the biggest (literally) goalies available on the expansion draft list, Ben Bishop could have a career resurgence once again in Seattle. Think Marc-Andre Fleury in Vegas as a potential comparison.

Even though he’s had a respectable NHL career, Jordan Eberle is still probably best known for his heroics as part of Canada’s world junior team. After playing in Edmonton and on Long Island, Eberle could be a good vet pickup for the upstart Kraken as he’s signed for the next three years.

After a tough 2019-20 season, it looked like Nino Niederreiter’s best days might be behind him. But picking up the fourth 20-goal season of his career this past year, the nifty winger has plenty to offer the Kraken if taken.

A former Norris trophy winner just two years ago, Mark Giordano’s exposure could offer the Kraken their first captain if they choose to claim him. It’s a tough call to make for Seattle in the expansion draft, as elder defender like Giordano may suddenly see their games deteriorate quite quickly.

Max Domi’s career arc continues to be wildly interesting. After being traded from Arizona to Montreal and then again to Columbus within the span of just two seasons, Domi could find himself suddenly in the Kraken’s top six if claimed.