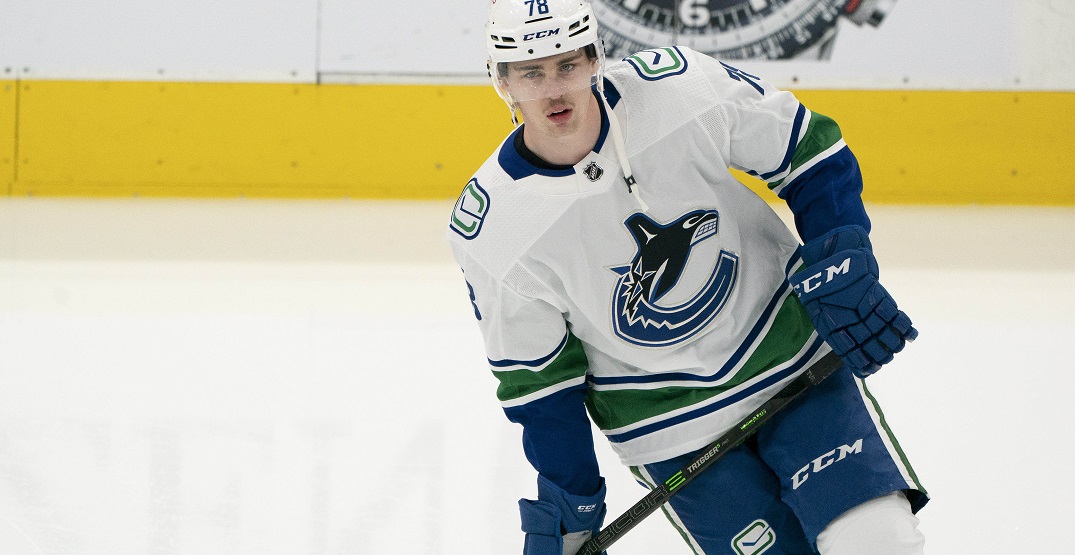 The Vancouver Canucks face one of the NHL’s funniest possible dilemmas: they aren’t set to lose a key player off their roster to the Seattle Kraken in the NHL’s upcoming expansion draft.

That being said, it’s because, well, the Canucks don’t really have anybody that would hurt to lose in the expansion draft.

With the NHL releasing the league-wide protections and exposure lists on Sunday morning, chatter began immediately about which Vancouver player will be on the move southbound to the team’s newest rival.

Here’s who it seems Seattle will most likely be plucking from the Canucks in the expansion draft, which will take place on Wednesday:

After being taken by the Canucks in the second round of the 2017 draft, 22-year-old Kole Lind is certainly looking like a “AAAA” player: one who is too good for the AHL, but struggles to make an impact on an NHL roster.

Zack McEwen doesn’t offer much at the offensive level for Vancouver, but he does come with a relatively cheap contract. It’s hard to see Seattle really biting on taking on McEwen, but perhaps they’re looking for a little NHL experience to round out their roster.

Jonah Gadjovich has the resume of a prospect that could be an NHL fit, and none of the top-level experience to show it. A second-round pick who made the USA World Junior team back in 2018, Gadjovich has played just one game for the Canucks in his career to date.