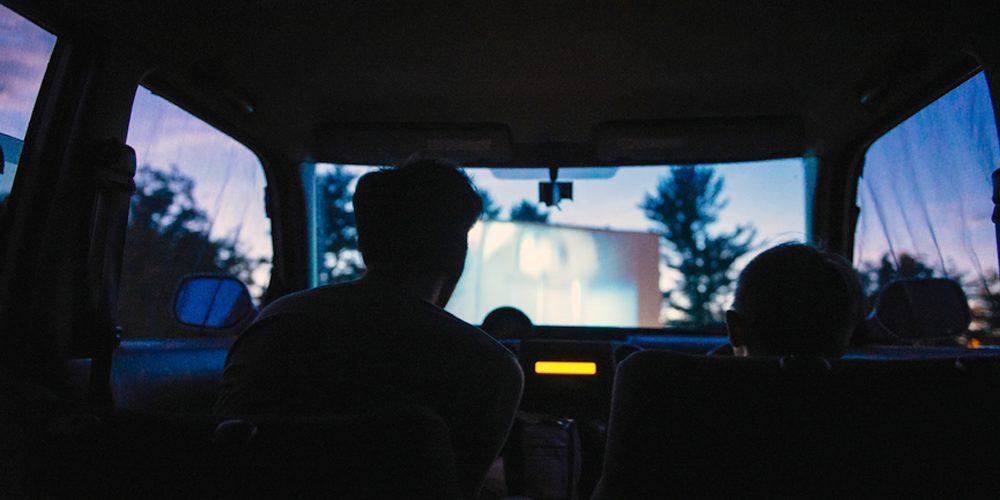 Rather than see a movie in an enclosed theatre, come out to the Henry Art Gallery at the University of Washington to enjoy a drive-in flick.

Curated by the Henry, the event features work by various artists “who use moving images to respond to colonial mentalities and tactics, from surveillance to capitalism.”

According to the gallery, “each of these artworks employ sound and movement to generate potential worlds and futures.”

Those hoping to attend the showings must purchase tickets online.

This Saturday’s Drive-In at @OtB_SEA includes Jennifer Allora and Guillermo Calzadilla’s “The Bell, the Digger, and the Tropical Pharmacy” and Jumana Manna’s “A Magical Substance Flows Into Me.”

Jennifer Allora and Guillermo Calzadilla, The Bell, the Digger, and the Tropical Pharmacy

“The film depicts an excavator demolishing the GlaxoSmithKline prescription drug plant in Cidra, Puerto Rico, which closed in 2009 after a former employee exposed severe contamination problems. The excavator possesses a cast-iron bell that transforms into a “sonic digger,” producing a cacophony when smashed into the building. The sound evokes the exploitation enacted by the U.S. and multinational corporations on the people and land of Puerto Rico.” (2014; 21 min)

Jumana Manna, A Magical Substance Flows Into Me

“In her film, Jumana Manna draws inspiration from Dr. Robert Lachmann, a Jewish-German ethnomusicologist who emigrated to Palestine in 1935. Lachmann founded a radio program for the Palestine Broadcasting Service entitled “Oriental Music” in which he would invite community members to perform their vernacular music. Following in Lachmann’s footsteps, Manna encounters Kurdish, Moroccan and Yeminite Jews, Samaritans, Beduoins, and Coptic Christians, and engages them in conversation around their music and life in Palestine.” (2016; 66 min)

“Noutama Frances Bodomo employs the freedom of fiction to tell the story of the Zambian Space Program. In 1964, amid the Space Race and eve of Zambia’s independence from Britain, freedom fighter turned school teacher Mukuka Nkoloso and his students launch an unofficial space program and build a rocket. Nkoloso announces that he shall send teenage astronaut-in-training Matha Mwamba to the moon with a missionary and two cats.” (2014; 14 min)

“A Migration Tale blurs temporal boundaries to tell the story of cyclical racism through its references to the Great Migration, Afrofuturism, and notions of landscape. Adorned with a black cloak and silver mask, Rodney McMillian’s protagonist—a superhero or time traveler—wanders from a veranda in South Carolina to the streets of Harlem.” (2014-2015; 10 min)

“Incense, Sweaters and Ice is an adaptation of Martine Syms’s performance Misdirected Kiss (2016), which examines Black femininity. Syms shot the work in Los Angeles, Chicago, and Clarksdale, alluding to the routes of the Great Migration. The film explores how the subjects—Girl, Mrs. Queen Esther Bernetta White, and WB (“whiteboy”)—move between watching, being watched, and remaining unseen. The camera performs different central roles, raising questions about the neutrality of its gaze and the influence of surveillance on perception and identity.” (2017; 69 min)

Drive-In at On the Boards

When: May 8 and May 15
Where: Roy Street parking lot at the University of Washington
Admission: Tickets must be purchased online