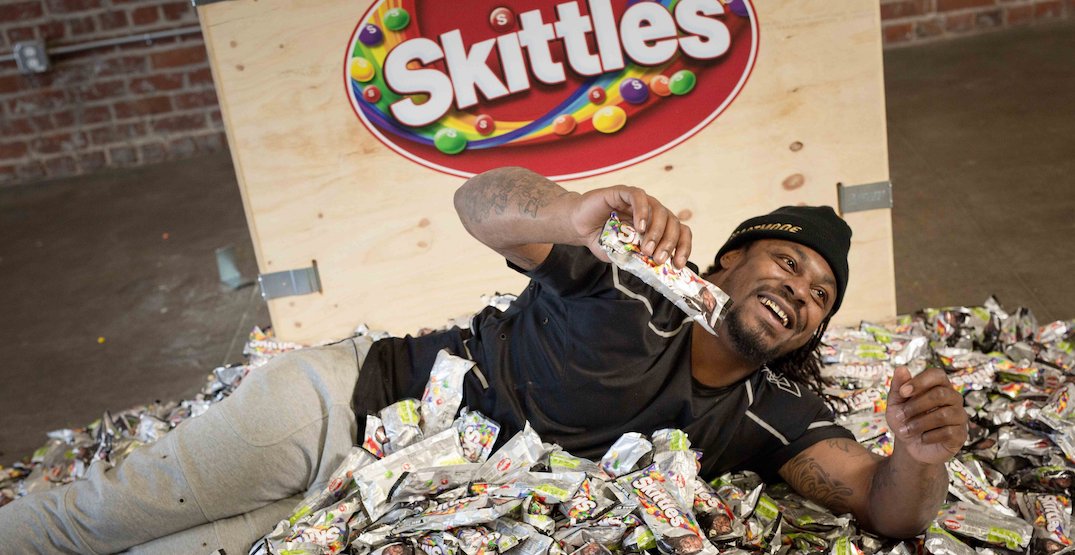 If you’re a user of social media, you’re probably well aware by now that Marshawn Lynch has made a return out of retirement to re-join the Seahawks.

Another thing the Seattlites have been talking about is Skittles. How are the two related? We’re here to break it down.

The great Skittle craze of Seattle began in the year 2011. The fan-favorite football star Marshawn Lynch was caught on camera having skittles poured into his hands on the sideline.

Once the internet got a hold of the video, it did what the internet does best: produce quality memes, start asking questions, and share the heck out of it.

The sharing and spreading of the clip caught the eye of Skittles themselves, who eventually struck a partnership with Lynch, including him in advertising and even sending him to Scotland. 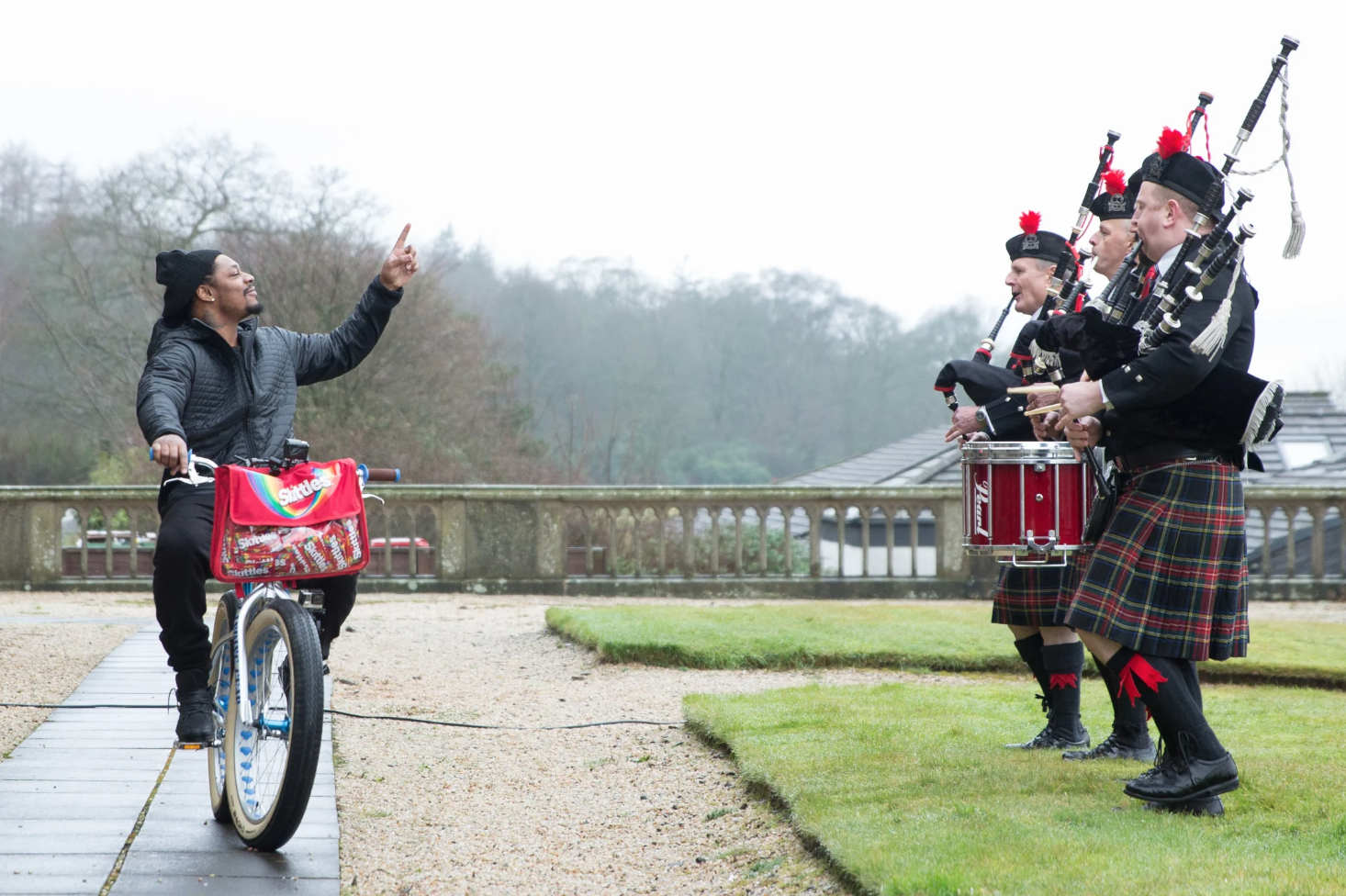 Lynch’s endorsement with Skittles allowed for the creation of the limited edition Seattle Mix Skittles as well as packs of skittles with his face on it (Lynch will go down in history as being the first sports star to have his face on a pack of Skittles.)

As part of Marshawn Lynch deal, Skittles has produced a limited amount of this “Seattle Mix” pic.twitter.com/egfE9iMZSA

Fans in Seattle got so into the craze, that companies all over Seattle began to profit off of the Skittle madness. Some stores still run out of Skittles before each game.

@Seahawks WTH ? WAL-MART AND EVERY STORE AROUND SEATTLE IS OUT OF SKITTLES !! @MoneyLynch @gmfb @ESPNNFL @nflnetwork @ciara pic.twitter.com/8Je4638xHy

The reason for the shortage of skittles in stores could very well be due to the continuation of a nine-year tradition: throwing Skittles onto the field after one of Marshawn Lynch’s touchdowns.

Clean up in CenturyLink Field 🗣

While the trend of taking Skittles to the field lives on, Marshawn Lynch won’t be bringing his favorite treat off the sidelines again. In 2011, Lynch wore cleats with a Skittles pattern which caused him to be fined $10,000 in violation of the league’s uniform policy.

If you’re wondering when exactly his Skittle habit began, or why he chooses the sugary treat as opposed to vegetables, Lynch’s mother is to blame.

“When Marshawn was 12 or 13, we’d go to his games and I’d always have little candies in my purse. Before the game, I would say, ‘Here Marshawn, come and get you power pellets.’ I would give him a handful of Skittles and say, ‘Eat ’em up, baby. They’re going to make you run fast and they’re going to make you play good,’ said his mother, Delisa Lynch, to Clare Farnsworth of seahawks.com in 2012.

In Seattle, any mention of Skittles will have sports fans babbling on about Marshawn Lynch and the Seahawks. Enter #skittles into the Twitter search bar and you’ll be met with thousands of Beastmode tweets.

If you’re still confused about why Seattlites love skittles, here’s the simplest breakdown: Skittles = Seahawks. Skittles are a celebration of Seahawks and the return of Marshawn Lynch. Yes, it’s a strange reason to love Skittles, but we can’t help it… we love tasting the rainbow.