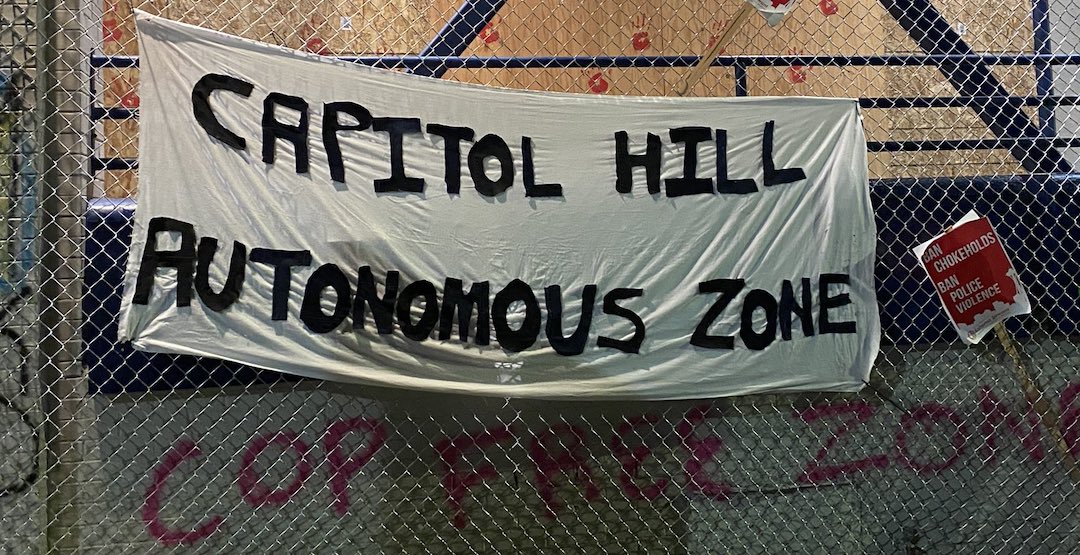 In a series of tweets, Seattle Mayor Jenny Durkan explained the removal of officers was an effort to “proactively de-escalate interactions between protestors and law enforcement outside the East Precinct.”

In addition, @SeattleFire has several vehicles stationed near the Precinct to ensure emerging medical needs and fires are addressed if necessary. Keeping this area safe is critical, as there are approximately 500 residential homes in this block.

The area has since been plastered with murals, has hosted its own town halls, and has even held a movie night featuring the documentary 13th, which explores the history of race and the criminal justice system in the United States.

They renamed the East Precinct inside the Capitol Hill Autonomous Zone and have designated it a community center.#Seattle #SeattleProtest
Free Capitol Hill pic.twitter.com/hEUYdZ1X7O

A letter of demands written by medium user FreeCapitolHill has been published for those wondering what the protesters are trying to accomplish. The list has been written by those hoping to “represent the black voices who spoke in victory at the top of 12th & Pine after 9 days of peaceful protest” and is based on the words used by protesters on June 8.

Here are a few of their demands as outlined by the letter:

A full list of demands can be found on the medium page.

The Office of the Mayor has since arranged for garbage cans and portable toilets to be placed in the vicinity for use by demonstrators. The Parks Department has also been deployed to help with garbage and debris clean-up, weeding and tree trimming, repair of damaged garden beds, and removal of graffiti at Cal Anderson Park. The Seattle Police Department will continue to answer 911 calls throughout the city, including those serviced by the East Precinct.