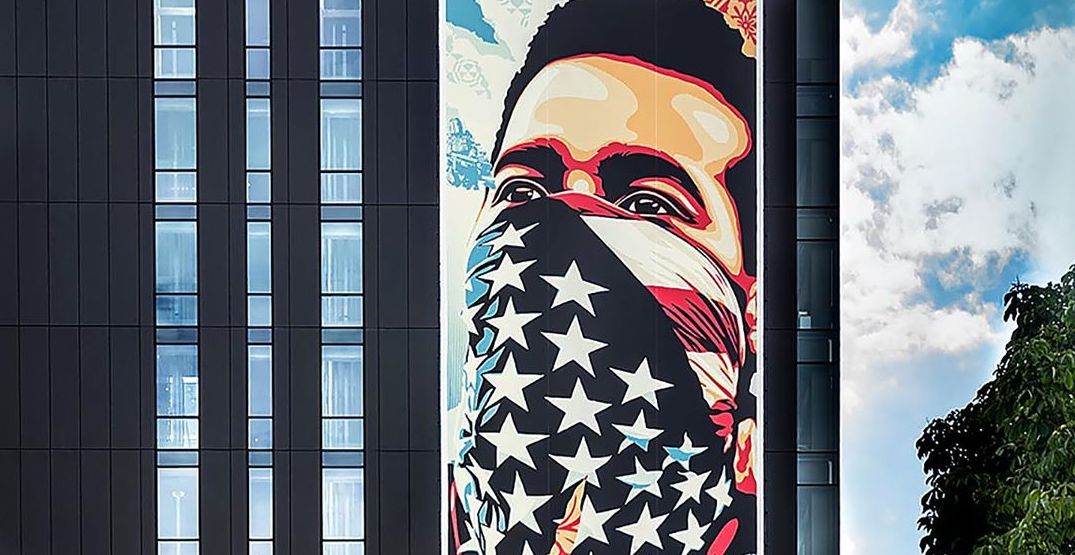 Those walking around South Lake Union may notice a new piece of artwork by Shepard Fairey on display at 234 9th Avenue North.

The piece, titled American Rage, is a “celebration of protest” based on an image captured by Ted Soqui that depicts a man protesting with a flag covering half of his face during the LA riots of Spring 1992.

“[It] is equally as emblematic of the current wave of protests for racial justice and police reform that the nation has been experiencing in the wake of the murder of George Floyd by the Minneapolis police,” Fairey explains in a press release.

“I remember, at the time, 28 years ago, feeling enraged that blatant acts of police brutality inflicted on Rodney King went unpunished even when it was captured on video. It is heartbreaking to me how frequently similar acts of violence and abuse of power by law enforcement have gone unpunished, even when caught on camera.”