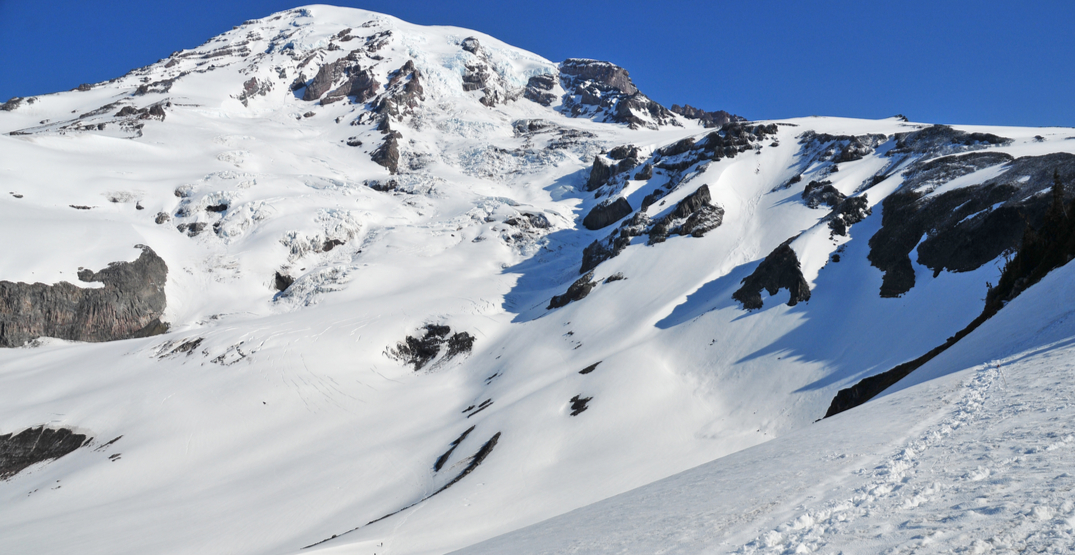 Twenty-seven-year-old Alex Fitzgerald of Seattle and Michigan was hiking the Muir Snowfield trail with a friend on Wednesday after spending the night in a tent at Camp Muir. Due to high winds, heavy rain, and white-out conditions at about 9,300 feet elevation, the two became lost.

Fitzgerald’s friend called park rangers at 10 am, reporting that Fitzgerald had become increasingly disoriented and, finally, unresponsive. After unsuccessfully trying to move him or get a cell phone signal, she left to find help.

Park rangers monitored their descent while a quick-response team was dispatched to assist them.

According to the National Park Service, the team found the surviving hiker at 3:50 pm on Wednesday at the top of the Skyline Trail, about 7,200 feet elevation, being assisted by two other hikers.

Fitzgerald was located at 4:42 pm at about 7,700 feet on the Muir Snowfield, where he was determined to be deceased. Fitzgerald’s body was brought back to the trailhead and turned over to the Pierce County Medical Examiner on Thursday.

Twelve National Park Service rangers and 13 Mountain Rescue volunteers have been involved in the entire rescue and recovery. The route to Camp Muir follows a trail from Paradise at 5,400 feet (1,646 meters) to Pebble Creek, and then across the Muir Snowfield to the high camp at 10,180 feet (3,103 meters). Weather can deteriorate rapidly and dramatically at its high elevation and exposed location, officials said.