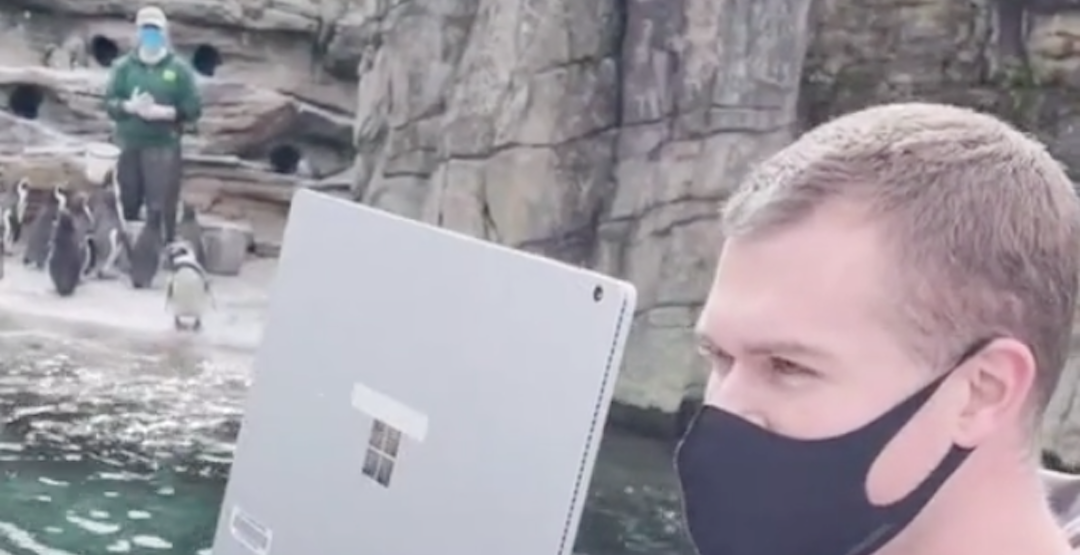 Although group visits to the Woodland Park Zoo are not yet permitted, Mr. Talcott found a way to bring his entire kindergarten class to see the rhinos and penguins, and even chat with a zookeeper.

Talcott, known for his exuberant way of teaching, took his students to the zoo through Zoom.

Walking around with a laptop, Talcott pointed the camera at various exhibits and even stopped to be corrected by a zookeeper.

Mr. Talcott has been sharing his virtual teaching methods through TikTok and Instagram, where he has a combined total of nearly 100,000 followers.

He told Daily Hive that Funday Fridays are a big thing in his classroom: special days that are filled with surprises. “We had been studying animal habitats and so I thought, why not go to the zoo.”

His class loved the zoo and enjoyed the giraffes and penguins best.

So far, he’s taken his class on a virtual rollercoaster ride, guided them through science experiments, and even taught them about groundhog day.

Also, for those wondering what internet provider he used, Mr. Talbot simply shared: “The Woodland Park Zoo has great WiFi.”