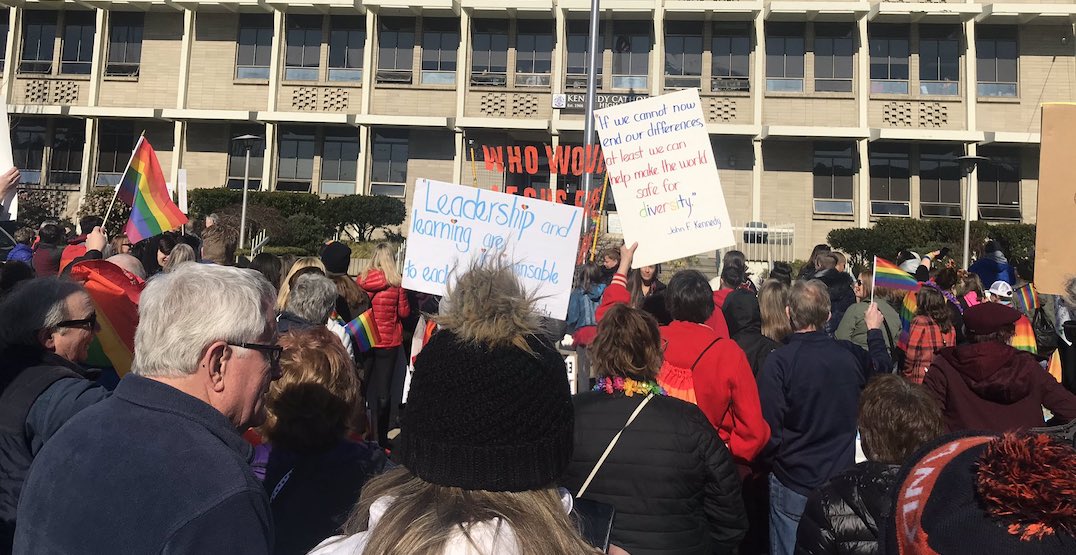 As the clock ticked to 1 pm, students of Kennedy Catholic High School took to the streets in support of two teachers who are thought to have been forced to resign for being gay.

Students started their day by hanging up posters and taking part in sit-ins.

Now, they’re taking to the streets after walking out of school.

Here is a first look at the demonstrations:

Students from Kennedy Catholic HS just came outside chanting “We want change!” after holding an hours-long sit-in inside the school. pic.twitter.com/wTWLROQaQ9

Two teachers at Kennedy High School im Burien, WA were allegedly forced out of employment on the basis of their relationships to their same sex partners. Today, students have organized a sit-in in support of the two teachers, backed by parents and supporters outside. pic.twitter.com/KppAg8mWzF

After passionate testimony by Kennedy Catholic’s Student Body President, members of the girls soccer team and other speakers, the crowd rallied in chants of “we want change,” “erase the hate,” and “love will win.” pic.twitter.com/cza1hz2Eua