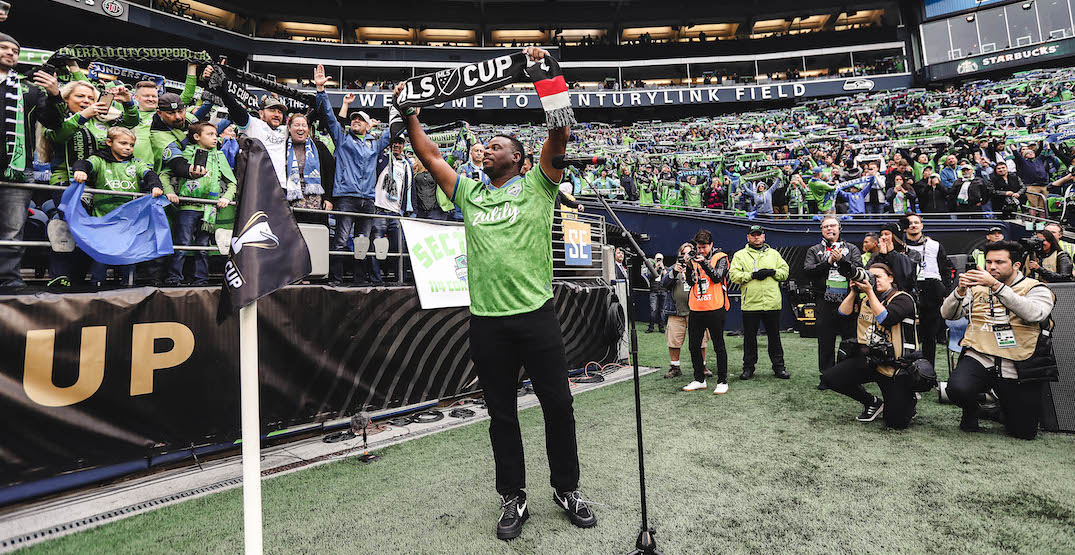 The Seattle Sounders have added former longtime Seattle Mariner and Major League Baseball Hall of Famer Ken Griffey Jr. and his wife Melissa to their list of owners, which already includes Seahawks quarterback Russell Wilson, his wife and singer, Ciara, and rapper Macklemore.

“I don’t play games to be competitive, I play to win,” Griffey Jr. said to SoundersFC.com. “I want the Sounders to be compared to the Yankees. Twenty-seven, 28 championships. That’s what I root for, that’s what I want.”

Griffey’s wife Melissa is a “die-hard soccer fan” and former player who strongly led him to become team owner.

“I wanted to be a part of something, not only for myself, but for my kids to be proud of,” Griffey said. “This is it.”

We welcome Ken Griffey Jr. and his wife, Melissa, to the Sounders Family!